Here are the pros and cons that I found when playing The Division.

Manhattan has been destroyed and you, as a member of “The Division,” are tasked with restoring order to the island with the help of the JTF. This often involves killing rioters since they are looting electronics stores (and thus keeping you from looting the stores for yourself), building a base of operations so that you can have a place to keep all of your stolen loot, and going to the most infected area of the city for the sole purpose of looting everything that you can. All jokes aside the world in The Division is quite fun to explore and find some rather interesting things in. You will also find many civilians wandering the streets in addition to a variety of enemies who will use any weapon available from a baseball bat to a flamethrower to try and kill you. 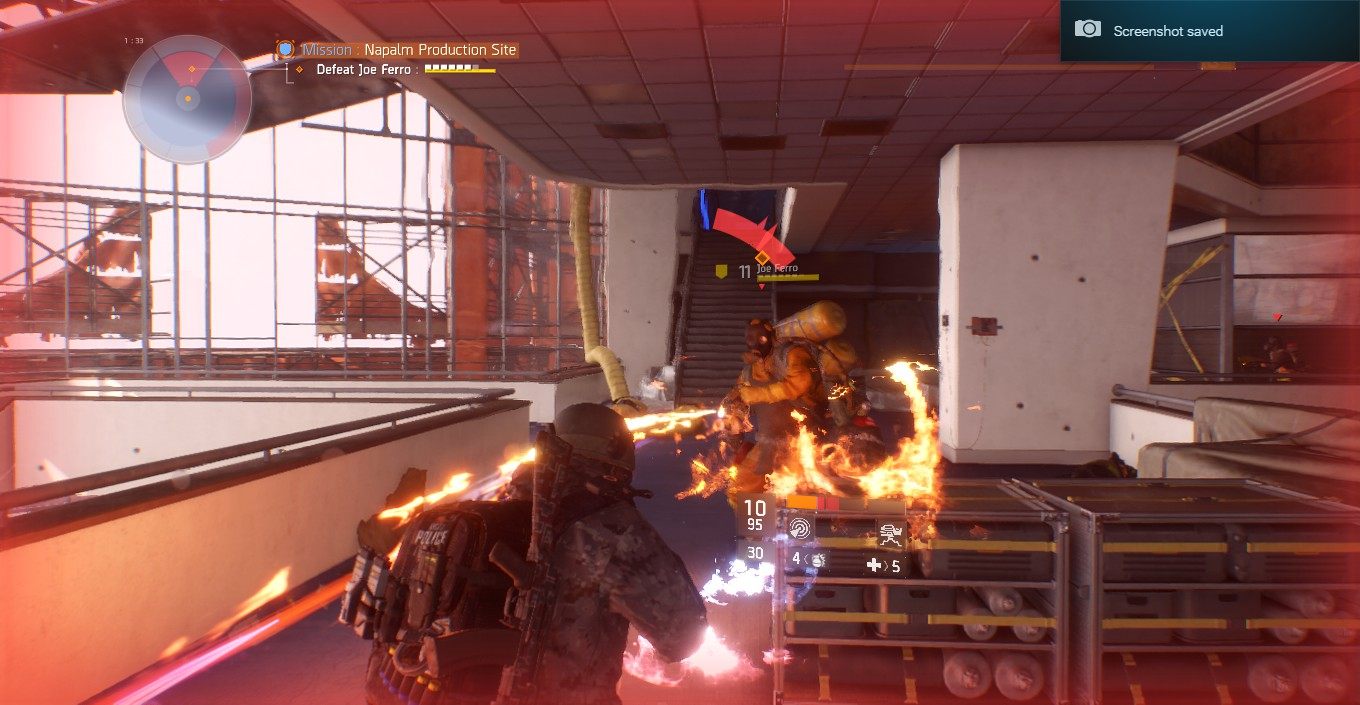 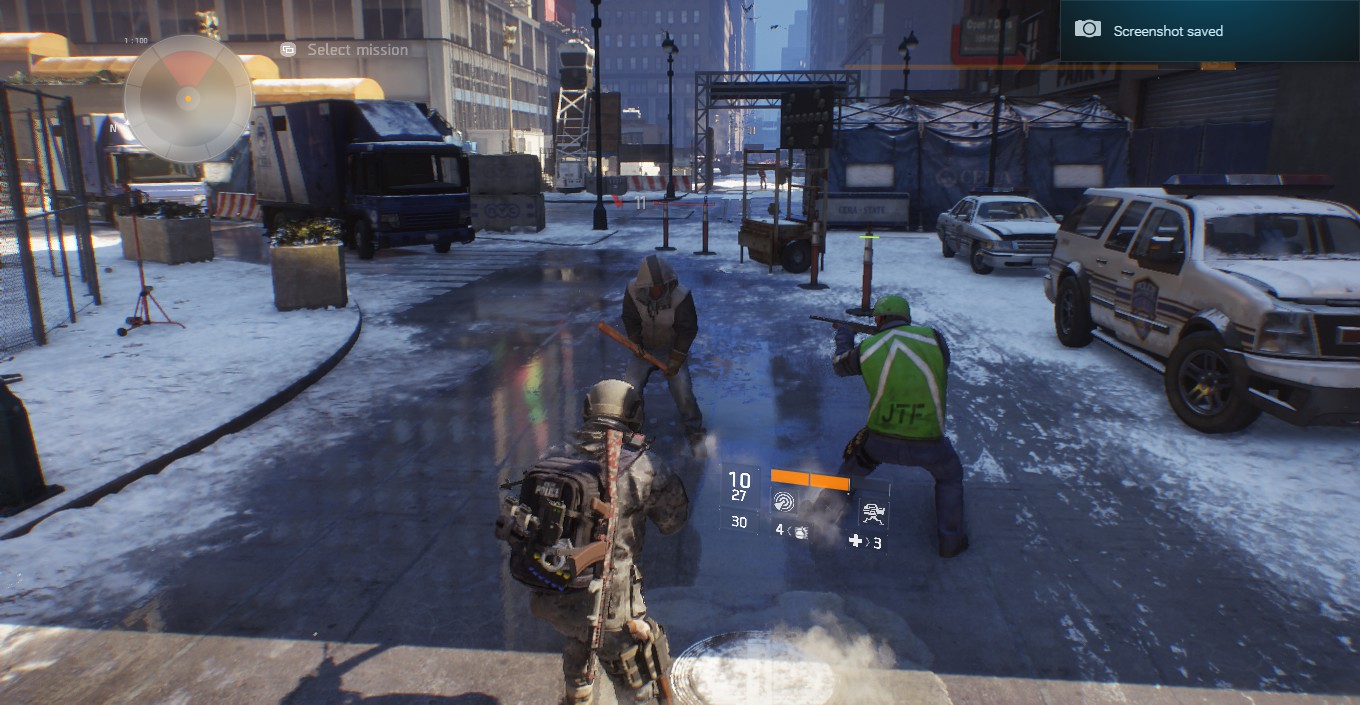 Speaking of weapons, you can use many types of weapons ranging from a bolt action rifle to a sawn off shotgun. The way that the weapons have been set up allows you to have two larger weapons equipped simultaneously along with a smaller weapon. For example, you could have a semi-auto marksman rifle and a full auto assault rifle equipped at the same time, along with a pistol or a sawn off shotgun. Here is a short list of the different types of weapons that you can use:

On top of all of these options, all sawn off shotguns count as a sidearm (as does the pistol) so you can have unlimited ammo. Because of the diversity in weapons you can have many different playstyles. For instance, you can play as a long range sniper, or you can run and gun with a shotgun (or any combination or permutation that you can come up with). 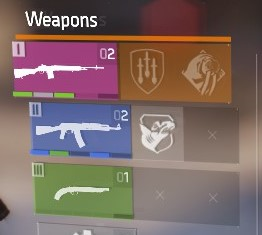 Combat is handled well within The Division, and is basically a cover based RPG, this means that if you are not hiding behind cover you will get killed rather quickly. That being said, the developers did a good job with how the cover system works. This is illustrated in the fact that the system is not only easy to use, but it is also quite self-explanatory…all in all, it is rather intuitive to utilize effectively. Keep in mind that the enemies you face in the game are also using cover effectively, and you will see more strategy and tactics enter into the game than is usually seen in most FPS games. Whether your strategy is to toss a grenade and wait for them to stand up and run so you can shoot them, or if you just get impatient and rush them it adds to the game in a good way.

The Dark Zone is another element of the game that I wanted to talk about. This area is located in the center of the map, and is setup as a quarantine zone to contain the virus released at the start of the game. However, what the JTF did not expect to have happen was this area becoming an uncontrollable area of rioters and rogue Division agents. Should you choose to flirt with death and enter this area of the map you will find yourself in an area of the game that is also the online gaming hub of the game. Due to this, other players can (and almost certainly will) attack you in an attempt to steal the loot that you have gathered while traversing the Dark Zone. In addition to the danger presented by the other players, the NPC enemies are also armored and more difficult to kill. One last word of note, any loot that you manage to find while in the Dark Zone is contaminated by the virus. No fear, you can simply have a helicopter come and pick it up and transport it for you (thus decontaminating it in the process). However, if you die prior to putting it on the chopper, any contaminated loot that you found will drop right where you are at (which is why other players will attack you). 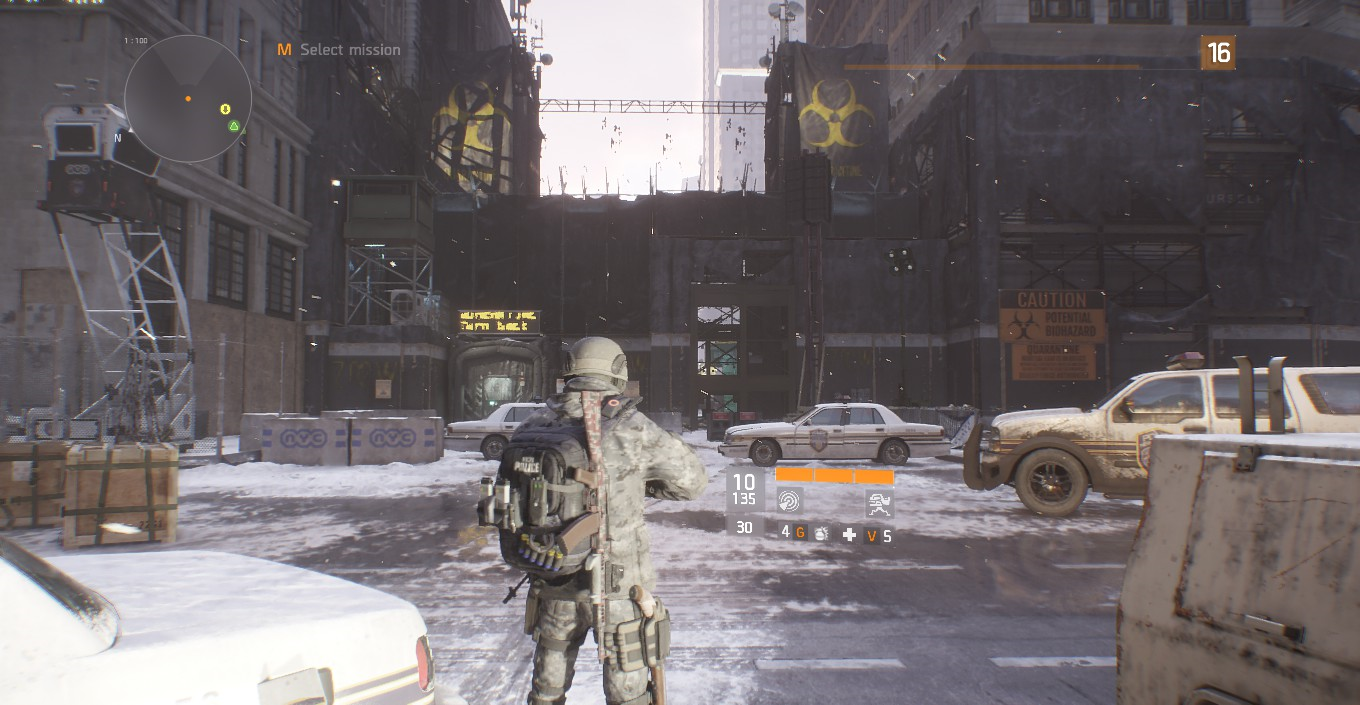 Perhaps my biggest issue with The Division is that the story doesn’t really keep you interested for very long. First off, the story is loosely structured, so you can do the missions in near any order that you want to. While that in and of itself may not be a problem, it does become a problem when minimum level for each the mission’s change at a different rate (it is different for each of the missions). At first you can play about four to five missions before the level starts to increase (and if you are like me you will play all of the missions that you can right off the bat). By doing that you get to about level 13 or 14, when suddenly the next mission’s minimum level is 16 and then the one after that is 19. The levels start to increase so fast that in order to play you need will need to start to farm old areas and grind out those levels. For me, having to farm and grind just to reach the minimum level for the next available mission takes my already faltering interest in the story, and strangles it.

In addition to that you come across multiple enemies that are bullet sponges, causing you to run out of ammo before you can kill them, this made me start to wonder why there are no heavy weapons in the game, such as rocket launchers, RPGs, or grenade launchers. The closest that you can get to this lie within some of the specials. All in all, I would give The Division a 7/10. Yes, it is a fun game but I don’t think it is worth full price, so wait to see if you can find it on sale, or wait for it to show up in the bargain bin and then enjoy! 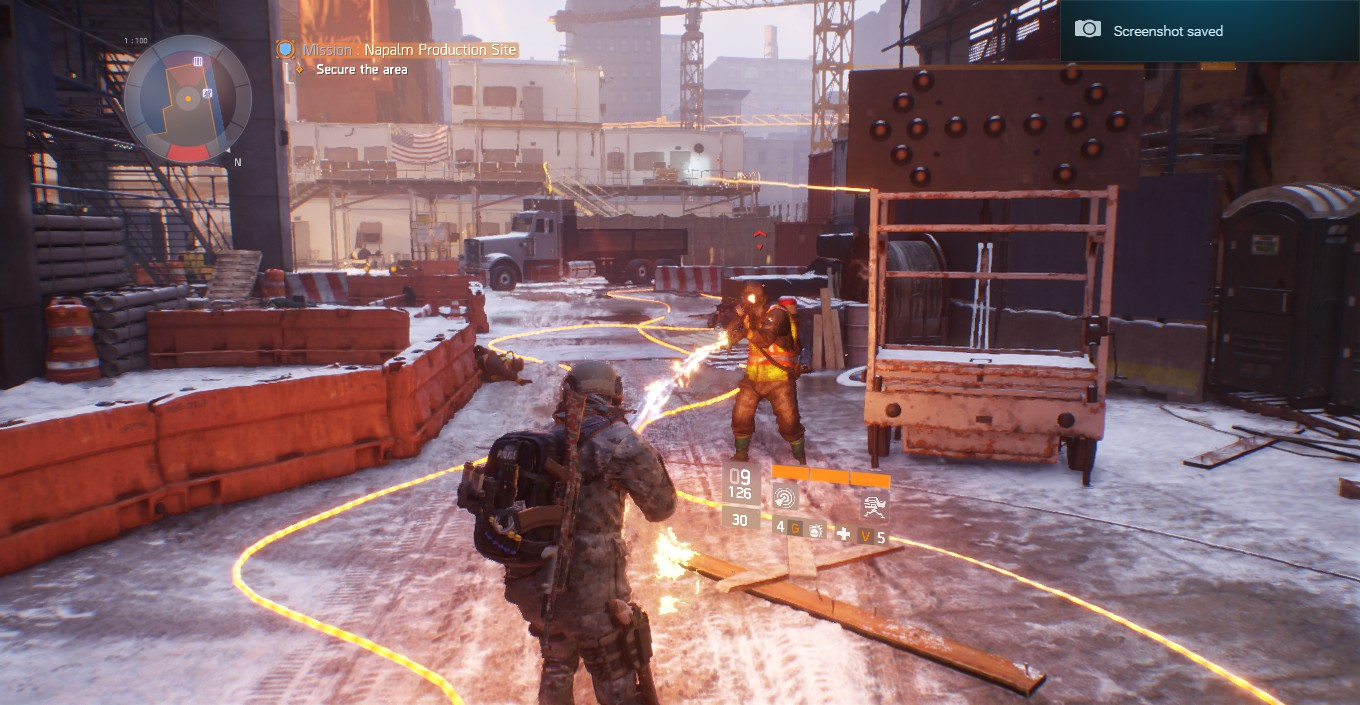