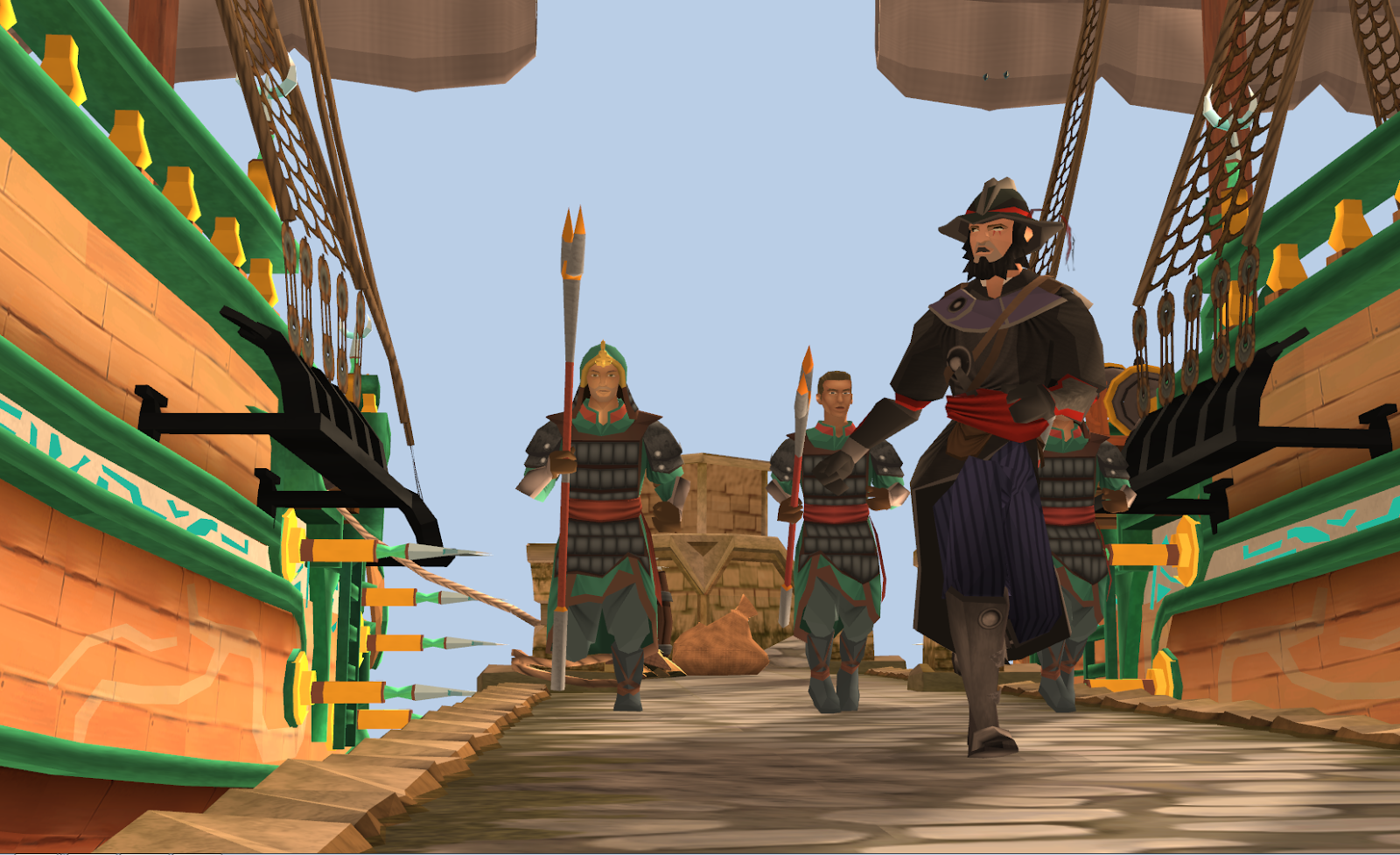 On Saturday May 28th, Jagex is hosting a huge 5-hour live-stream on Twitch called the “RuneScape Summer Summit”. They will be making some big announcements, including revealing new info on the Eastern Lands update. Being able to explore the Eastern Lands is a piece of content that RS fans have been looking forward to for over a decade.

Ghosts Ahoy and the Eastern Lands

The Lore of the Eastern Lands originated on February 15, 2005, when the Ghosts Ahoy quest was released. With it, the game added a new town called Port Phasmatys. This town and its inhabitants were significant, as they were the first in-game characters to refer to the mysterious continent “across the eastern sea”. The town used to be the only hub of communication with these distant lands, and they grew extremely wealthy through trading for rare goods obtained from the East. The quest’s antagonist, named Necrovarus, had travelled to Port Phasmatys from the Eastern Lands.

These allusions to a continent to the East immediately intrigued players, as at the time, the newly added Port Phasmatys by far the farthest East that you could go (seen in the 2005 map). And to this day, the travelable RuneScape world only includes one main continent with several small islands surrounding it. In the time after this, the “Eastern lands” have long been speculated to be soon-to-be-released content far to the east of Morytania, but that speculation had been ongoing for several years without any firm reason to believe that they were more than just dreams. 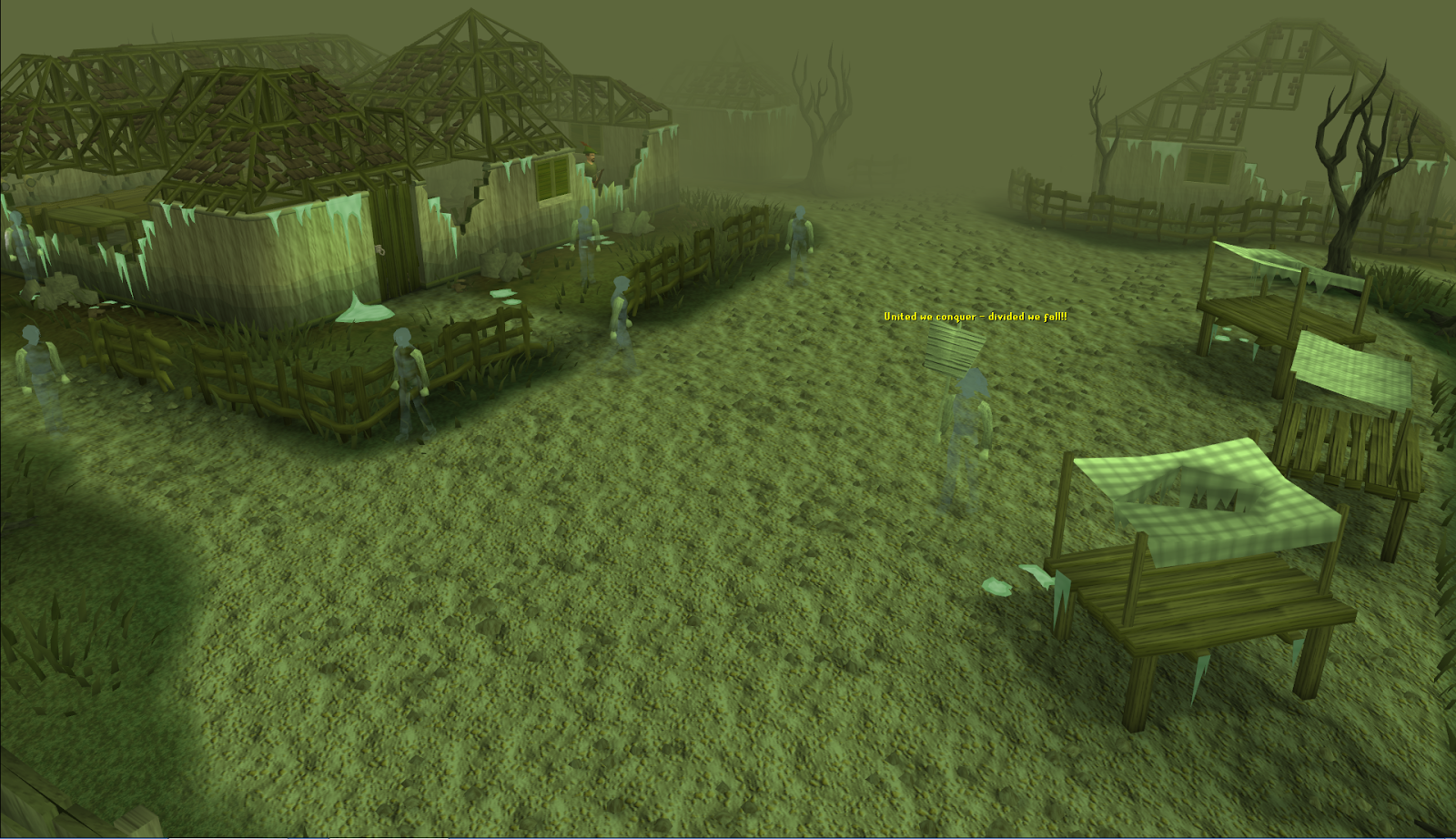 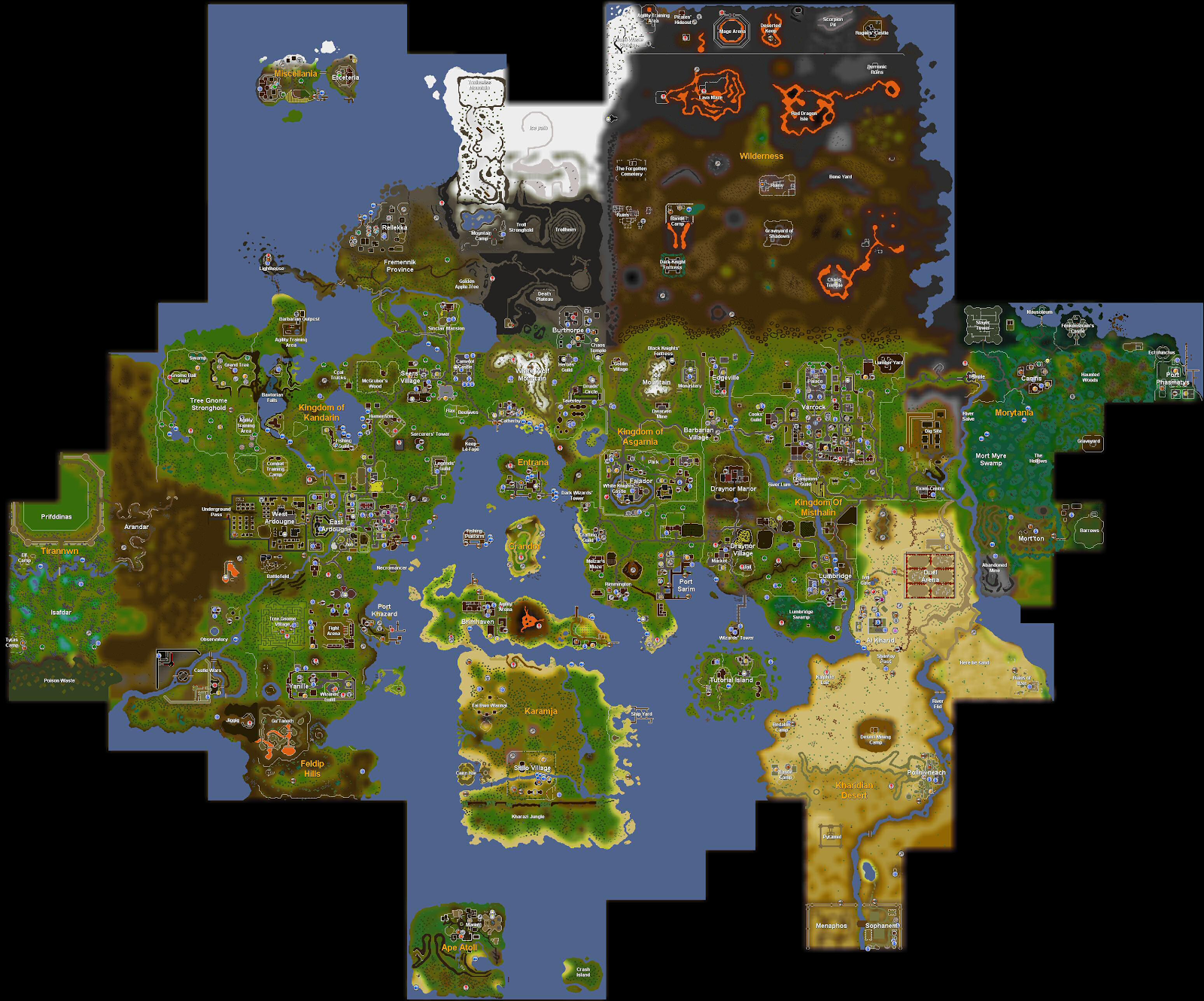 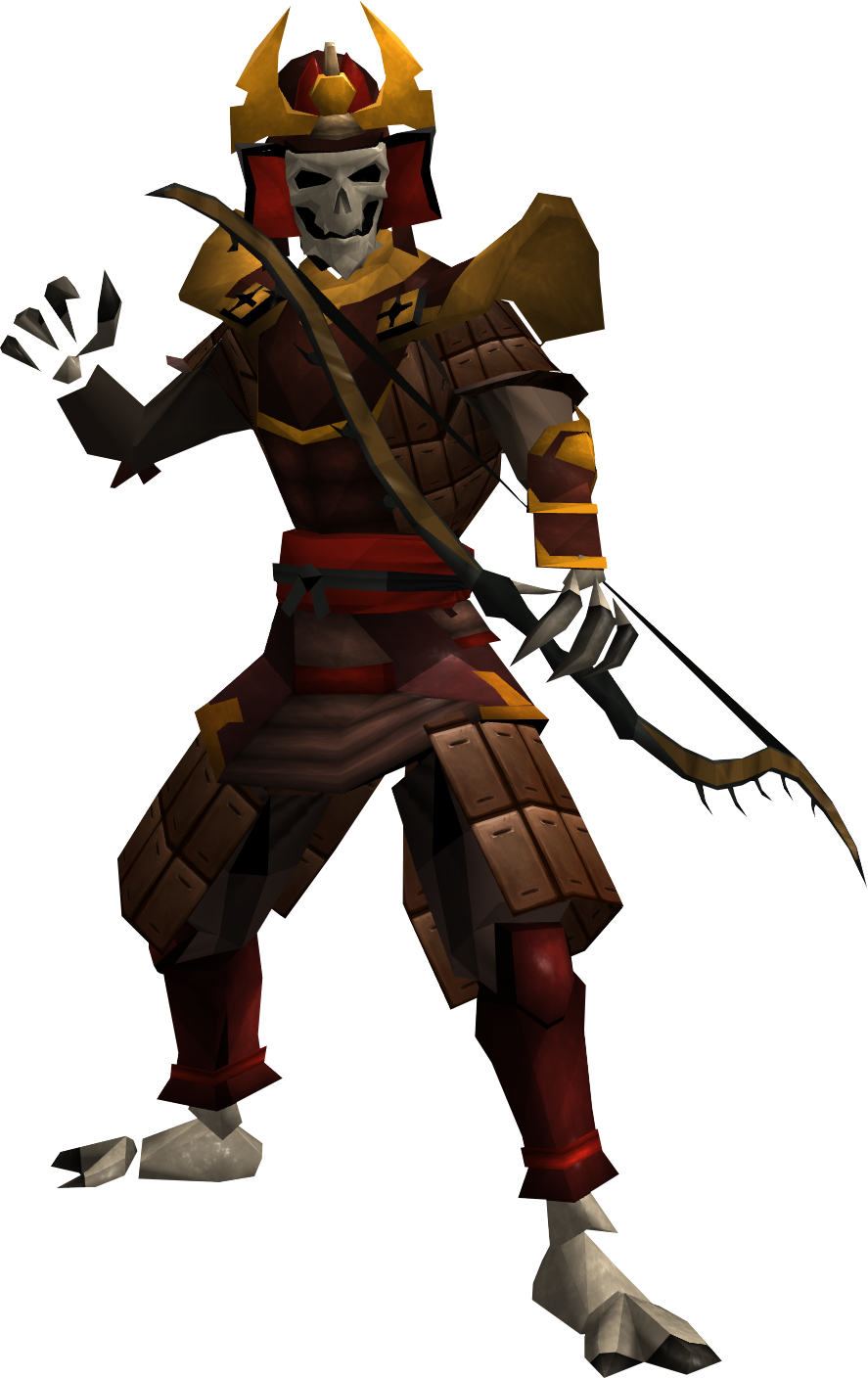 One other NPC of significance in the Ghosts Ahoy quest was Ak-Haranu, with the examine description, “A trader from across the eastern sea.” This was the first Runescape character to be blatantly inspired by a real-world-far-Eastern design. This began the flavor for the mythos surrounding the East, suggesting that the style would draw from Asian designs and concepts, which is a style adored by many RuneScape players. This idea that the Eastern continent will be based on real-world Asian themes began here and has been further supported by Ak-Haranu’s terrible English in Postbag 17, all katanas and Asian-themed outfits in the game including a mention that they are from the Eastern Lands, many of the Player-Owned Ports characters and Xuan’s voice-artists all having a slight (or sometimes heavy) Asian accent, as well as the Tetsu equipment made by players and worn by the apparently-Eastern Skeleton Champion having a clear Eastern inspiration.

Continued Hints about the Eastern Lands

Later that year, in the very first “Postbag from the Hedge”, released on September 26, 2005. When a player asked the Mysterious Old Man the origin of the “mystery boxes” that he would hand out to players as a random event, the “far Eastern lands” were pointed to as a throwaway explanation. But this additional mention of the East in his small comment initiated a renewed hum of speculation about whether this alluded to an area that would one day actually be added to the game, as small comments such as this in the Postbag sometimes did.

Several months later, on June 12, 2006, the Warriors’ Guild was added, which was also tied into the Eastern lore. Harrallak Menarous had just returned from exploring the Eastern lands, and he founded a guild where players could fight some of the exotic creatures (such as the Cyclops) that he had brought back with him. He also brought back some crew with him from the Eastern lands, including Kamfreena, a blademistress who quotes Zen monks, and Shanomi, a warrior-mage who quotes from the famous real-life Book of Five Rings written by the Samurai Miyamoto Musashi. Less than a month later, another Eastern character was added to the game in the eastern pirate San Fan, and by now it seemed obvious that the lands to the East were something that the developers of RuneScape were very interested in exploring. 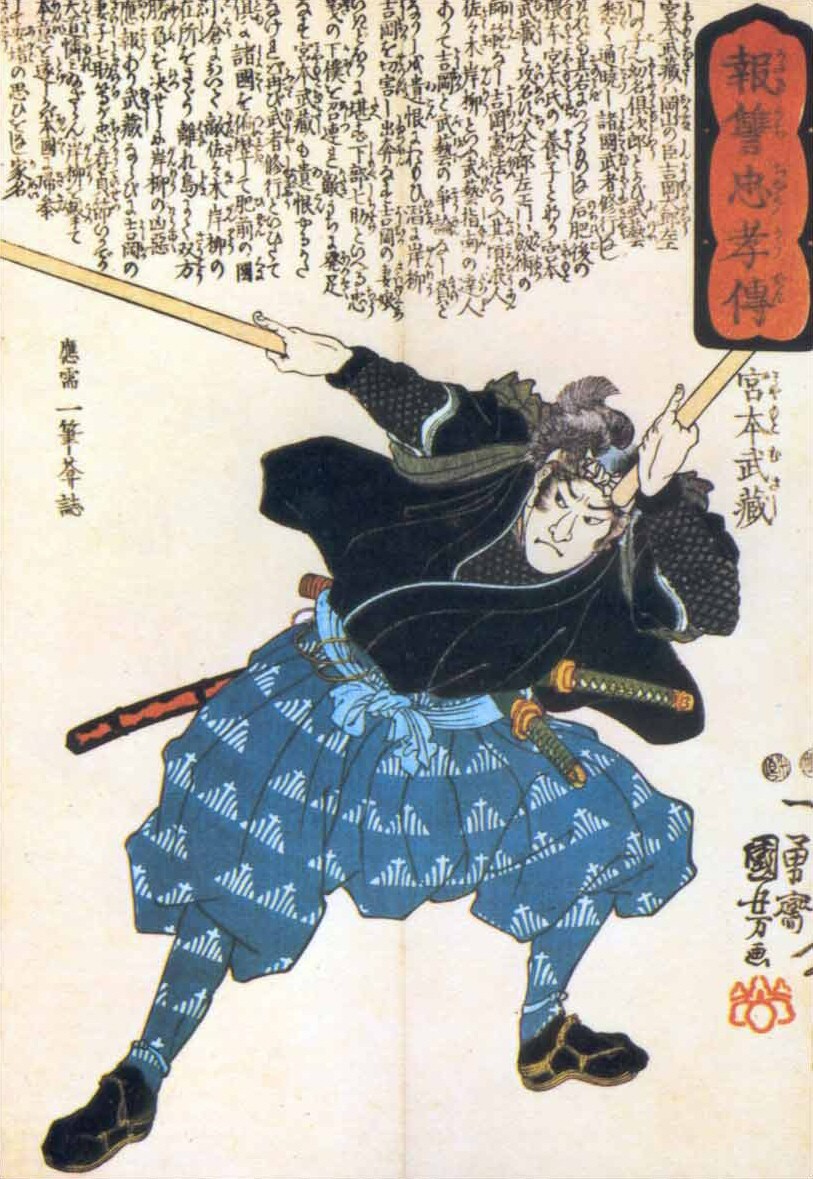 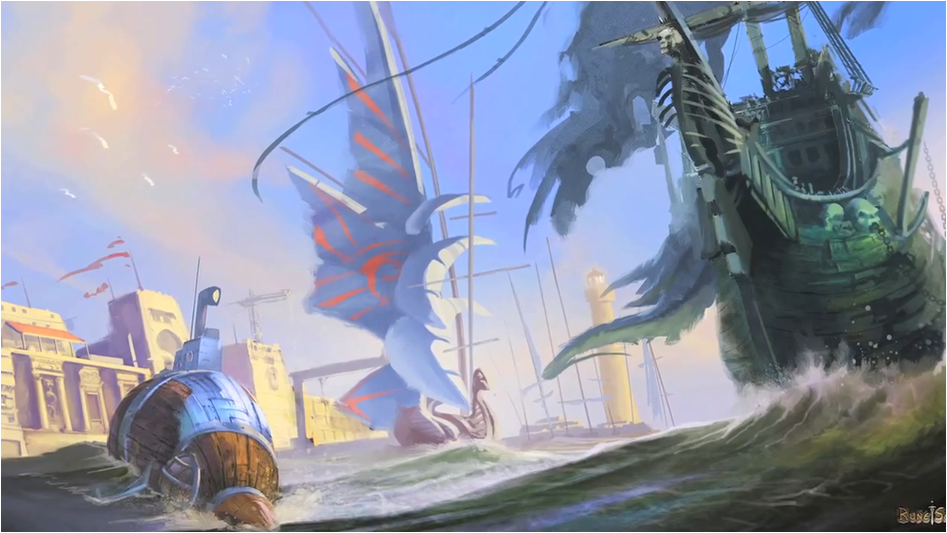 But then, that was it. After a flurry of drops of Eastern-related lore, something happened at Jagex, and they made the decision to change directions and shift their focus elsewhere. By 2007, Jagex was shifting away from an Eastern focus entirely, even going so far on November 29, 2007 in Postbag 25 to suggest that the Eastern lands are ‘just a myth’. When the player Tyndarius asked for information regarding “access to the undiscovered ‘Eastern Lands’ in the future”, Reldo the librarian says, “As for the ‘Eastern Lands’ you speak of, I’ve generally equated them with fairy tales told to impressionable children”. In a discussion about the Eastern Lands on Sal’s RS Forums in 2009, users began to get discouraged about the idea that the East would be released any time soon, with the user Gonzyy instead conceding that “If RuneScape’s still around in 10 years, I’d bet on the fact something like this will be put in game.” (With almost a decade of hindsight, this quote grows even more interesting.)

And that seemed to be that. Although players constantly continued to speculate about, or sometimes even demand, access to the Eastern Lands, it seemed as if they would always be left as a concept that was part of the general RuneScape mythos, but not of the actual RuneScape world. This continued as such for several years.

Finally, a Taste of the East

The lengthy drought saw rain on December 11, 2012 when Player-Owned Ports were released to the public, which was a minigame that allowed you to send ships to explore and collect rare goods from the Wushanko Isles, which were an archipelago that constituted the western-most tip of the Eastern lands. This opened the floodgates of Eastern lore, and showed us exactly what this mystical and mysterious land was like, although we were unable to see it first-hand. Player-Owned Ports is personally one of my favorite parts of the game, and I have all of my ships and crew and buildings maxed out, (and am waiting with bated breath for the rumored Ports-phone-app), but it still didn’t completely satisfy my long-lasting hunger for the Eastern lands. Even a game update from January of last year that actually DID make a small part of the East accessible seemed like they were just tossing a bone and hoping that the constant cries would go away, but RuneScapers were not satisfied. When the World Map was completed in 2014, RuneScapers asked, “World map completed, can you start on the Eastern Lands now?” 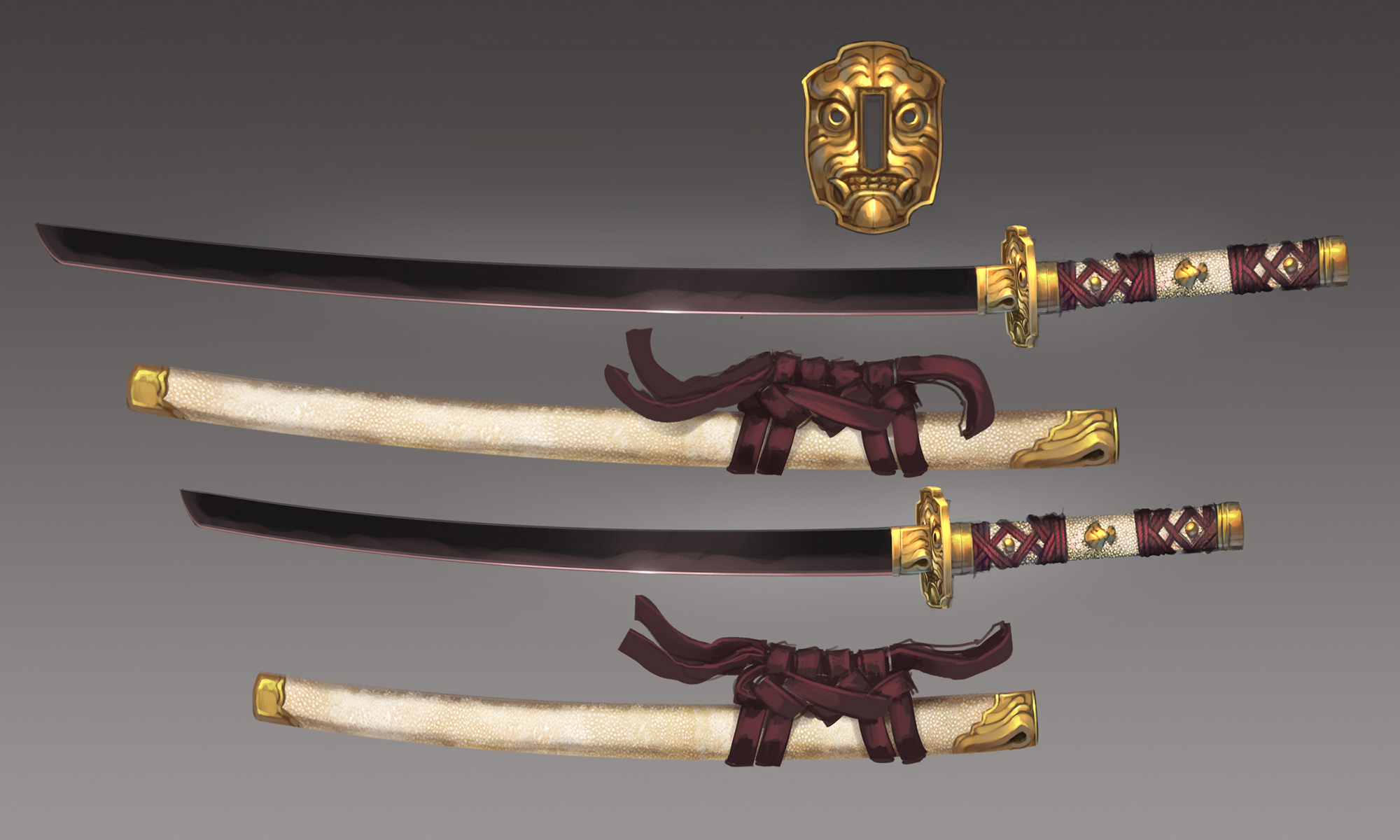 Prepare Yourselves, the East is Coming

And then finally, we got to RuneLabs and the Year of the Player, where Jagex increased their efforts to give the RuneScape community what they want through suggestions and polls, giving the players a chance to shape the game they love. Players are able to submit their ideas publicly to RuneLabs, and other players vote on their favorites, and the ideas that receive the most votes may be implemented into the game. On December 17, 2015, the player Avernic brought the idea of the Eastern Lands back to the forefront. This idea received the most support from the RuneScape community, and won! All subsequent concluded polls have been expansions on this idea. January’s poll asked what activities should be available in the Eastern Lands, and an idea for a new slayer/combat area won that poll, and for the next few months they collected additional brainstorm ideas from RuneLabs “that they feel will fit with what they are doing and what is doable in the time available.”

The Eastern Lands will be released in chunks, and we will progressively be able to see more and more of the continent. This expansion will begin with the archipelago that we have already explored in Player-Owned Ports. RuneScape has officially stated that the first region, the Arc islands, will be created by the development team “The Guardians” over this summer, and will be released later this year.