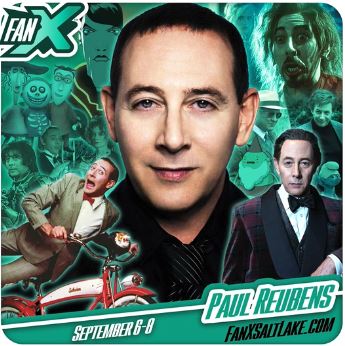 PAUL REUBENS created the iconic character, Pee-wee Herman, while a member of the famed Los Angeles improv group The Groundlings. The Pee-wee Herman Show premiered at The Groundlings Theatre in 1981. It moved to the Roxy on Sunset Strip, and HBO’s production of the show introduced Pee-wee Herman to a national audience. Pee-wee was brought to the big screen in the hit 1985 comedy Pee-wee’s Big Adventure, which Paul Reubens co-wrote and marked Tim Burton’s directorial debut. Reubens went on to create, co-write and co-direct Pee-Wee’s Playhouse on CBS where the series earned 22 Emmy® Awards during its five-year run. Reubens has personally been nominated for 14 Emmy® Awards, winning twice.

Paul Reubens has also starred in many diverse, non-Pee-wee film and television roles. He recently appeared as Oswald Cobblepot, The Penguin’s father on Gotham. Other TV credits include: The Blacklist, Portlandia, 30 Rock, Pushing Daisies, Reno 911 and Everybody Loves Raymond. His film credits include Mystery Men, Buffy the Vampire Slayer, Blow, Life During Wartime and Steven Soderbergh’s Mosaic.Reubens revived The Pee-wee Herman Show at Club Nokia in Los Angeles and then at the Steven Sondheim Theater on Broadway.

In 2010, three decades after his first HBO special, the network produced a dazzling new version of the Broadway show. Next, Judd Apatow teamed with Paul and Netflix to produce a new Pee-wee movie, Pee-Wee’s Big Holiday. Reubens has also lent his vocal talents to many projects including Tim Burton’s The Nightmare Before Christmas, Star Wars Rebels, Robot Chicken, Family Guy, TRON: Uprising, Smurfs, Minecraft: Story Mode and Call of Duty: Zombies in Spaceland. 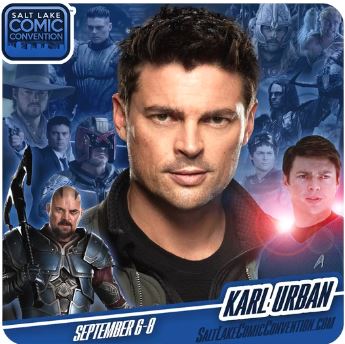 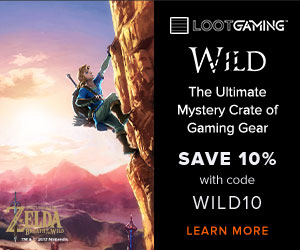 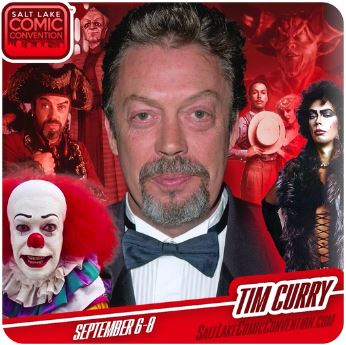 Timothy James Curry is an English actor, voice actor, and singer. He is known for his work in a diverse range of theatre, film, and television productions, often portraying villainous roles or character parts. Curry rose to prominence with his portrayal of Dr. Frank-N-Furter in The Rocky Horror Picture Show, reprising the role he had originated in the London and Los Angeles stage productions of The Rocky Horror Show.

Curry received further acclaim for his film and television roles, including as Rooster Hannigan in the film adaptation of Annie, as Darkness in the fantasy film Legend, as Wadsworth in the mystery comedy film Clue, as Pennywise the Dancing Clown in the horror miniseries It, and Long John Silver in Muppet Treasure Island.

Curry has also gained acclaim as a voice actor. His roles in animation include Hexxus in the fantasy film FernGully: The Last Rainforest, Nigel Thornberry on the Nickelodeon series The Wild Thornberrys, and Palpatine on Star Wars: The Clone Wars. 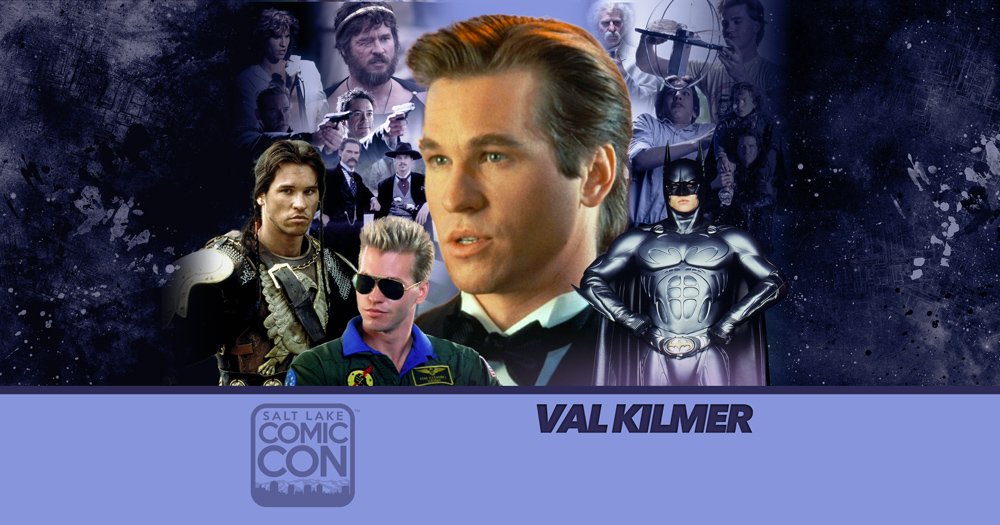 AUTOGRAPHS: – Available to Purchase at Event**

**Panels are subject to change or cancellation. Check the Schedule for Updates.

Val Kilmer is a Stage, Film, and Voice Actor best known for his roles in Top Gun, Batman Forever, Prince of Egypt, The Saint, Heat, Tombstone, The Doors, and Willow.

Born in Los Angeles, California, Val Kilmer studied at Hollywood’s Professional’s School. In his teens, he entered Juilliard’s drama program. Val’s professional acting career began on stage, and he still participates in theater; he played Hamlet at the 1988 Colorado Shakespeare Festival. His film debut was in the spoof Top Secret! wherein he starred as blond rock idol Nick Rivers.

Despite his obvious talent and range, it wasn’t until his astonishingly believable performance as Jim Morrison in Oliver Stone’s The Doors that the world sat up and took notice. Kilmer again put his good baritone to use in the movie, performing all of the concert pieces. Since then, he has played two more American legends, Elvis Presley in True Romance and Doc Holliday in Tombstone.

Val will be appearing in The Snowman with Michael Fassbender, and The Super later this year. 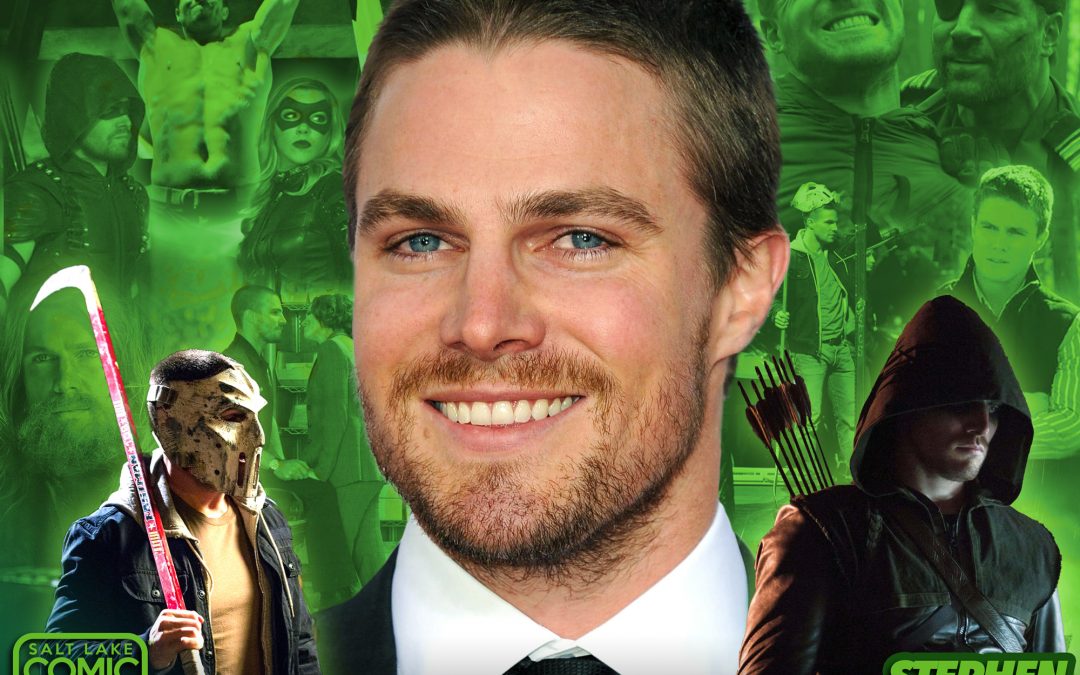 AUTOGRAPHS: –Available to purchase at event**

*Panels are subject to change or cancellation. Check the Schedule for Updates.

Stephen Amell is a Canadian actor, known for portraying Oliver Queen / Green Arrow in the Arrow-verse television franchise (based on the comic character of the same name) and Casey Jones in Teenage Mutant Ninja Turtles: Out of the Shadows.

Amell appeared in two episodes of the fourth season of Queer as Folk as the Liberty Ride spinning instructor. Amell played Adam in the first season of the television series Dante’s Cove; he was replaced in the second season by Jon Fleming. Amell won a Gemini Award for his guest-starring role on ReGenesis. The same year he was also nominated for a Gemini Award in the Best Ensemble Cast Category for Rent-a-Goalie.

He had recurring roles in the TV series Da Kink in My Hair and Heartland. Amell joined the cast of The Vampire Diaries as werewolf ‘Brady’. He also starred as Joran van der Sloot in the Lifetime film Justice for Natalee Holloway. HBO’s series Hung premiered with Amell starring as busboy-turned-prostitute Jason, a younger rival “ho” to Thomas Jane’s Ray Drecker. He also appeared as Jim in the fourth season of 90210. 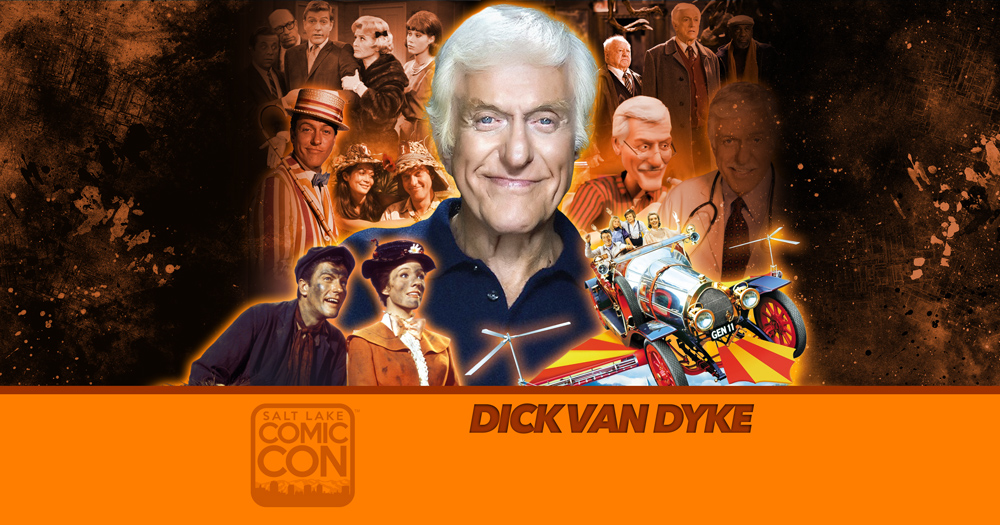 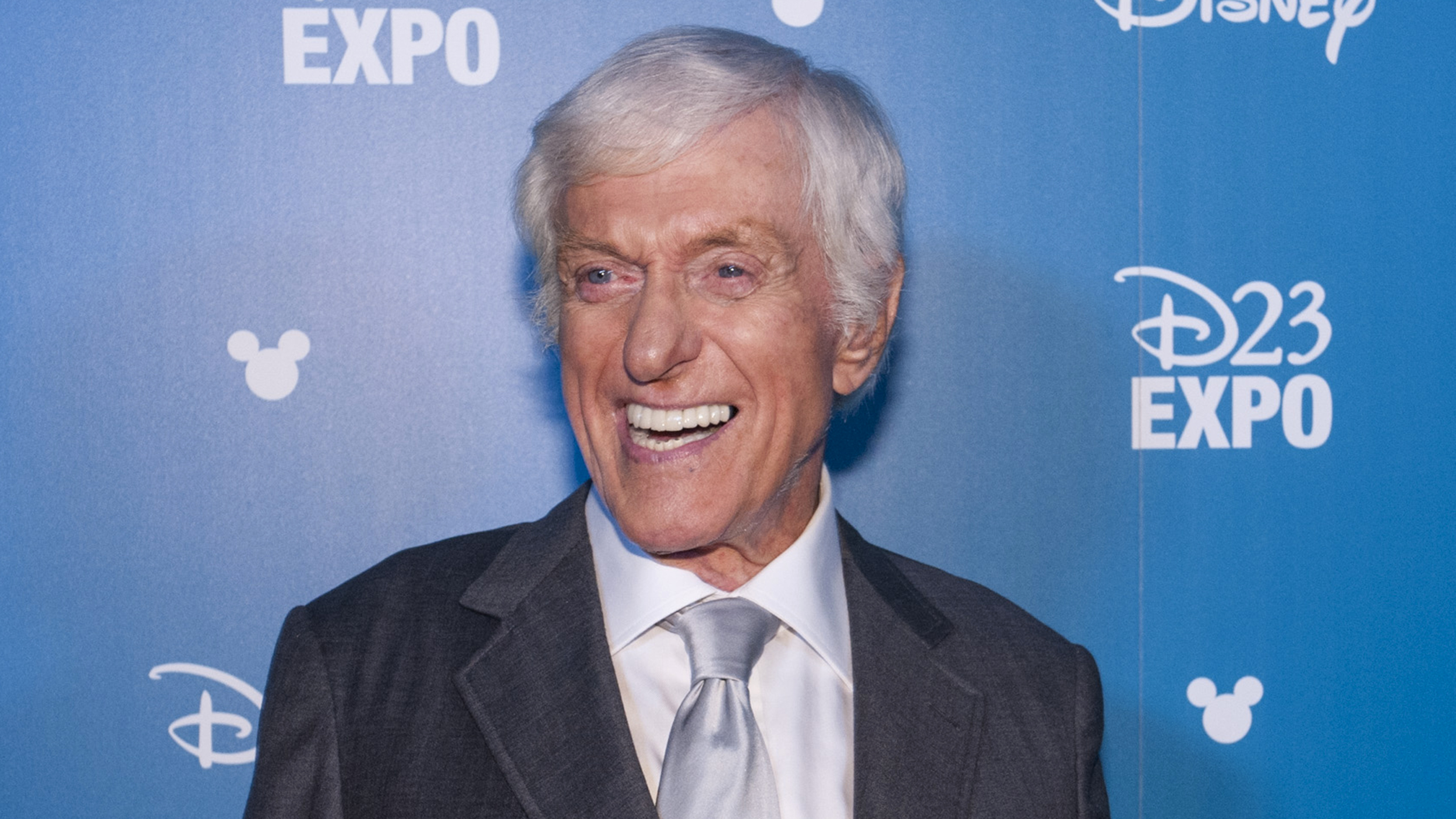 *Panels are subject to change or cancellation. Check the Schedule for Updates.

**There is a possibility of Superfan packages, Autographs, and Photo Ops being available for purchase at the Event. NO GUARANTEE.

Dick Van Dyke is an American actor, comedian, singer, dancer, writer, and producer. His entertainment career has spanned seven decades. After gaining recognition on radio and Broadway, Van Dyke became known for his role as Rob Petrie on the CBS television sitcom The Dick Van Dyke Show. He also gained significant popularity for roles in the musical films Bye Bye Birdie, Mary Poppins, and Chitty Chitty Bang Bang. His other prominent film appearances include roles in The Comic, Dick Tracy, Curious George, Night at the Museum, and Night at the Museum: Secret of the Tomb. Other prominent TV roles include the leads in The New Dick Van Dyke Show, Diagnosis: Murder, and Murder 101, the latter co-starring his son Barry.

Recipient of five Primetime Emmys, a Tony and a Grammy Award, Van Dyke was inducted into the Television Hall of Fame. He received the Screen Actors Guild’s highest honor, the SAG Life Achievement Award. Van Dyke has a star on the Hollywood Walk of Fame at 7021 Hollywood Boulevard and has also been recognized as a Disney Legend.

For those of you that purchased a Photo Op with Dick Van Dyke, Superfan Package or you were planning on attending his panel, there has been an appearance update. Unfortunately, Mr. Van Dyke will need to reduce his efforts at Salt Lake Comic Con for the benefit of his health and well-being. He will only be able to sign autographs. He will not be available at this time for Photo Ops or a Panel. Thank you in advance for your understanding and compassion.

You have the following options at this time if you have purchased a Superfan Package:

Swap your Dick Van Dyke Photo Op for a second Autograph. You still get your poster and collectible badge and lanyard.

Swap your Dick Van Dyke Photo Op for another Photo Op product such as the Back to the Future Group Photo Op. You still get your poster and collectible badge and lanyard.

You can purchase an additional Autograph if you want more than two.

Initiate a self-service refund in GrowTix and get 100% of your money back.

You have the following options at this time if you purchased a Dick Van Dyke Photo Op:

Swap your Photo Op for another Photo Op product such as the Back to the Future Group Photo Op.

You can purchase an additional Autograph if you want more than two.

Initiate a self-service refund in GrowTix and get 100% of your money back.

See all of our guests here.

Look at the Schedule here.

See you at Salt Lake Comic Con 2017 this week! If you have further questions:

You can review our FAQ here.

You can ask questions to the community here. (This is usually the fastest way to get an answer between superfans and admins)