As many of us are no doubt aware by now, there is now a new Power Rangers movie that is coming out in 2017. With any new movie adaption of a long standing series (and Power Rangers is definitely a LONG running show) there is always going to be a bit of speculation and curiosity about how things are going to look. Well, in a recent interview with Entertainment Weekly, actress Elizabeth Banks shows us what one of the villains of the series is going to look like.

As you can see in the pictures that are provided by Entertainment Weekly, Elizabeth Banks is going to look perfectly villainous as Rita Repulsa. The character of Rita Repulsa, for those who don’t know, was first introduced in the initial season of the venerable Power Rangers franchise. While in this author’s opinion, Elizabeth Banks looks absolutely fantastic, not everyone is going to be pleased with how this character’s look has been updated. The original actress who played the character of Rita Repulsa (Carla Perez) recently stated in an interview with toofab: 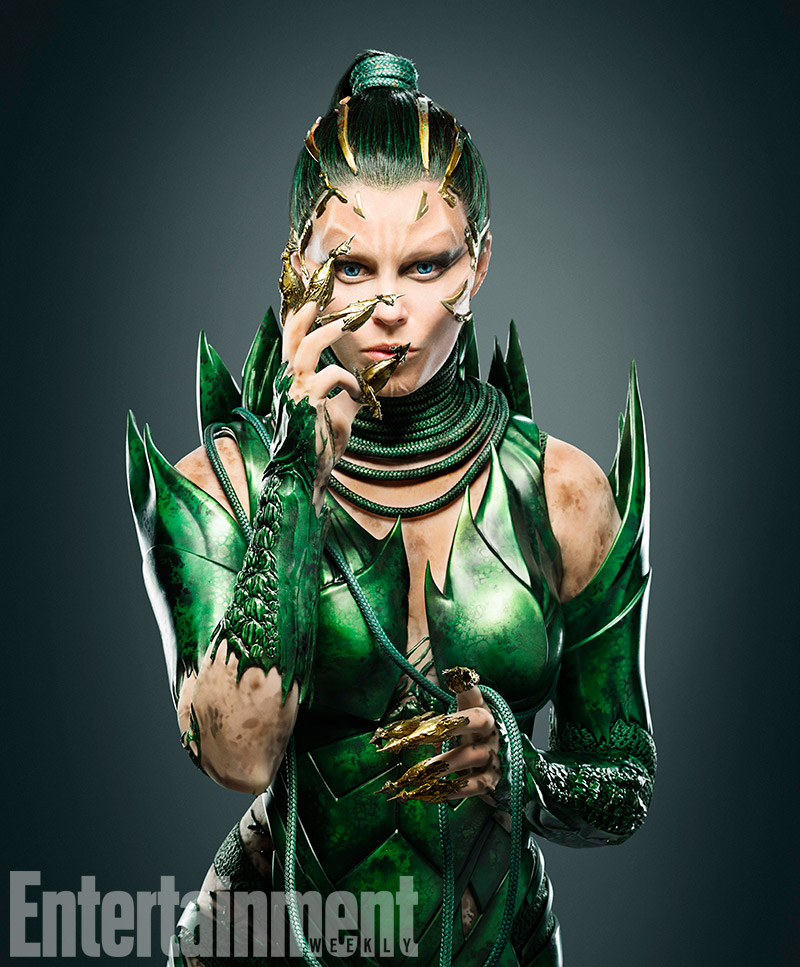 “It’s green! Where’s the Rita in it? I was thinking, the colors, there’s no Rita in it. I don’t see Rita. Don’t get me wrong, the dress was nice, the costume was nice, it was so detailed and form fitting and sexy. I would love a dress like that, but it just was not Rita, right?”

There is another thing that Carla Perez stated in her interview that was frankly quite interesting, and worth passing on. Her theory as to why the new outfit for Rita Repulsa is green:

“My daughter was saying, ‘That dress reminds me of the Green Ranger. I think that’s the dress she’s gonna have on when she transforms it onto the evil green ranger when we’re introduced to him … and she’s gonna come out with a new dress. The other dress will be revamped Rita dress everyone’s been hoping to see.”

All I can say it that time will tell whether or not this movie is going to be as good as I hope. At the very least, it should be fun to take my kids to.