Here are the pros and cons that I came across for Automatron as I was playing it:

The Automatron DLC adds four new and unique weapons, which are:

The Assaultron blade is a melee weapon and it is fairly average damage wise. The Mr. Handy buzz blade is basically a larger (and somewhat nastier) version of the ripper. The salvaged Assaultron head lets you harness the power of the Assaultron head laser. My personal favorite however is the tesla rifle. This gun not only packs and enormous punch but it also can chain to nearby enemies. On top of all of this, it only needs a regular energy cell to operate – no specialized ammo needed! 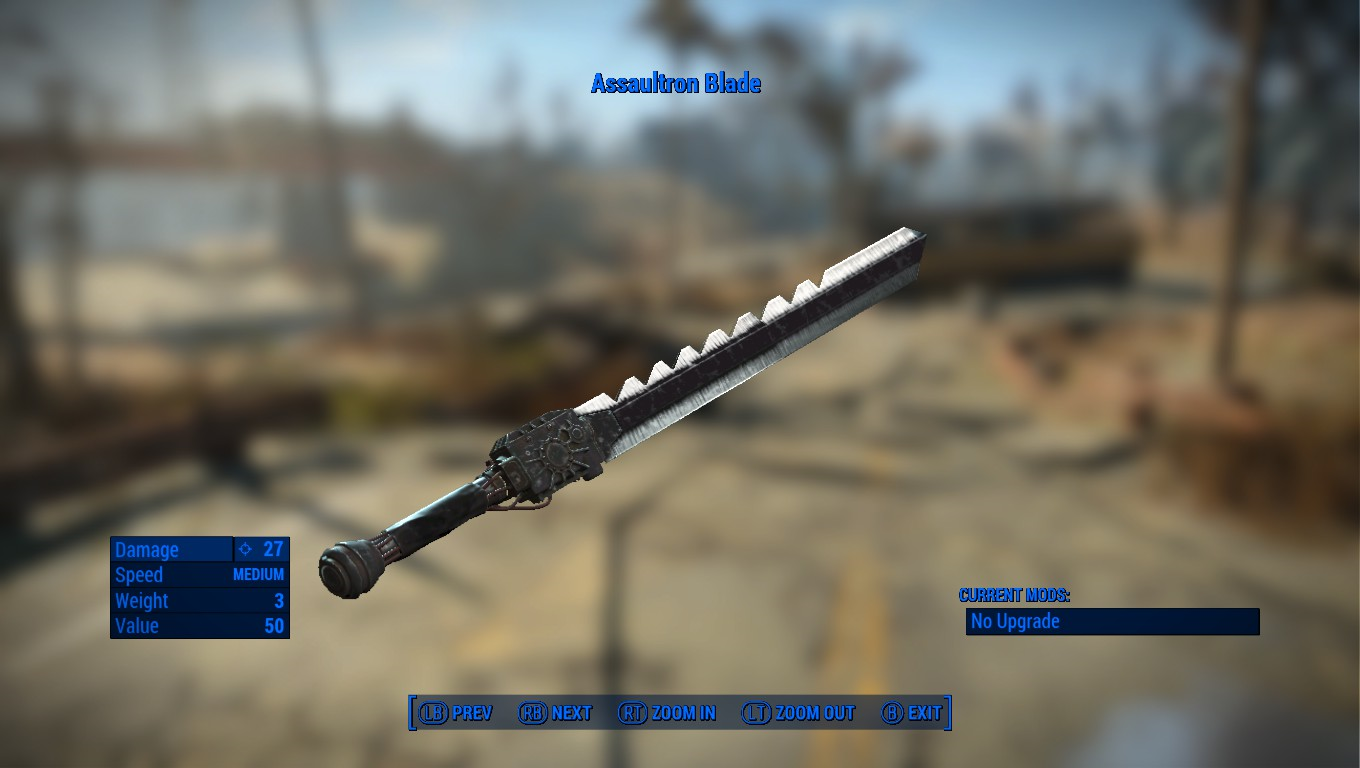 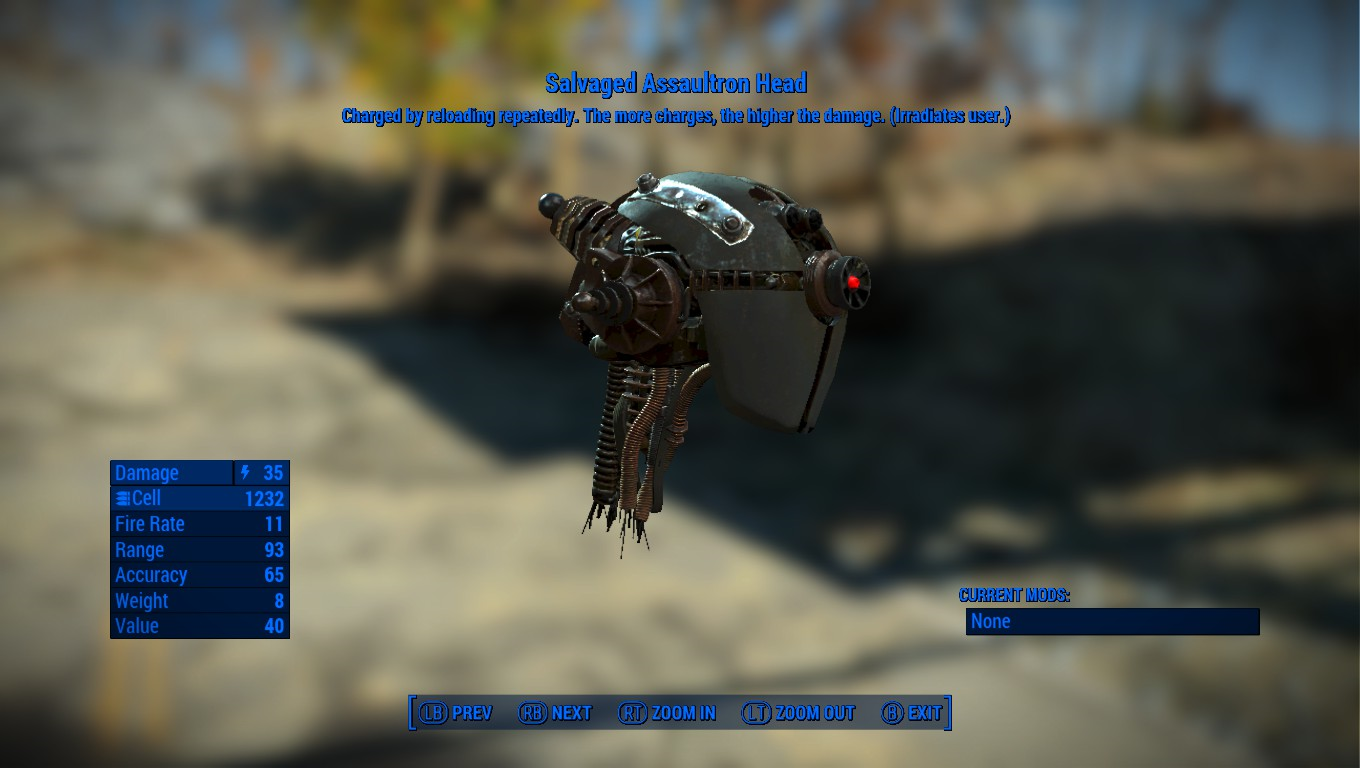 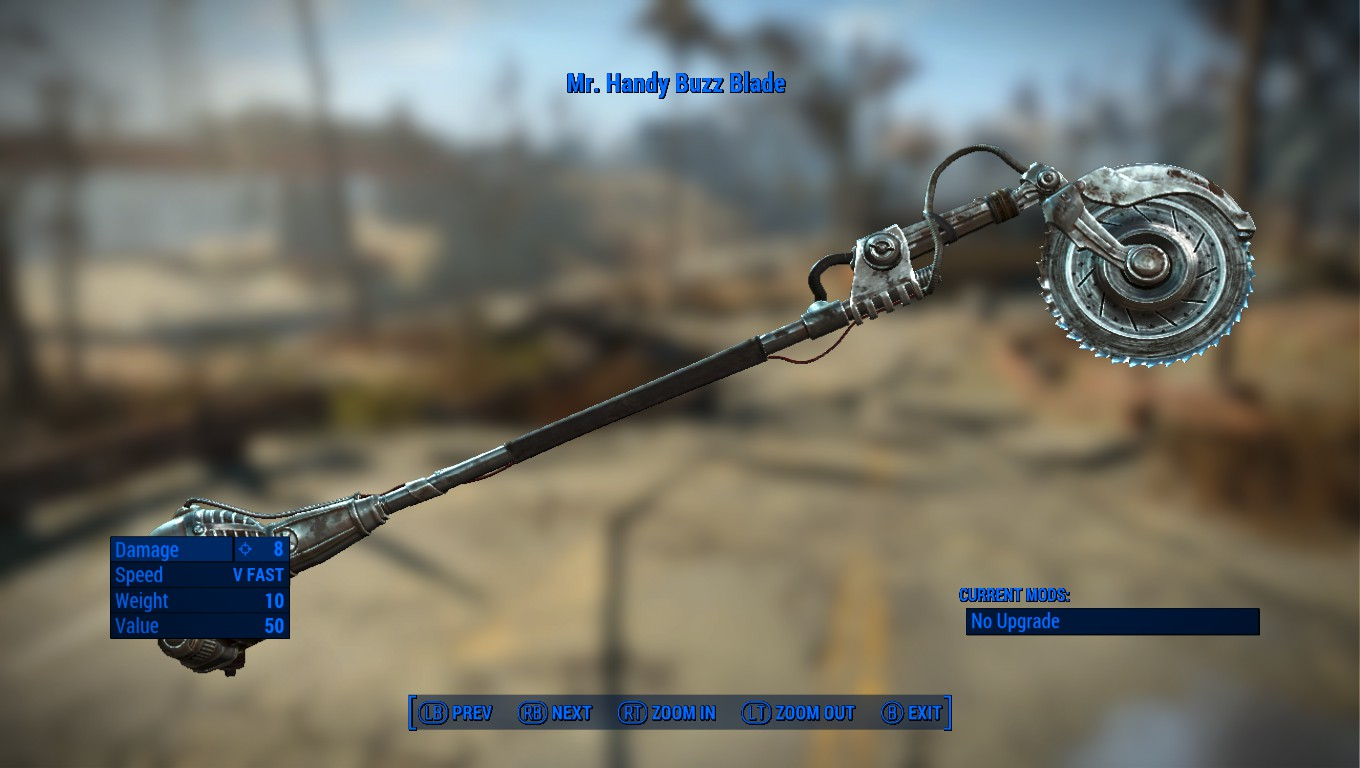 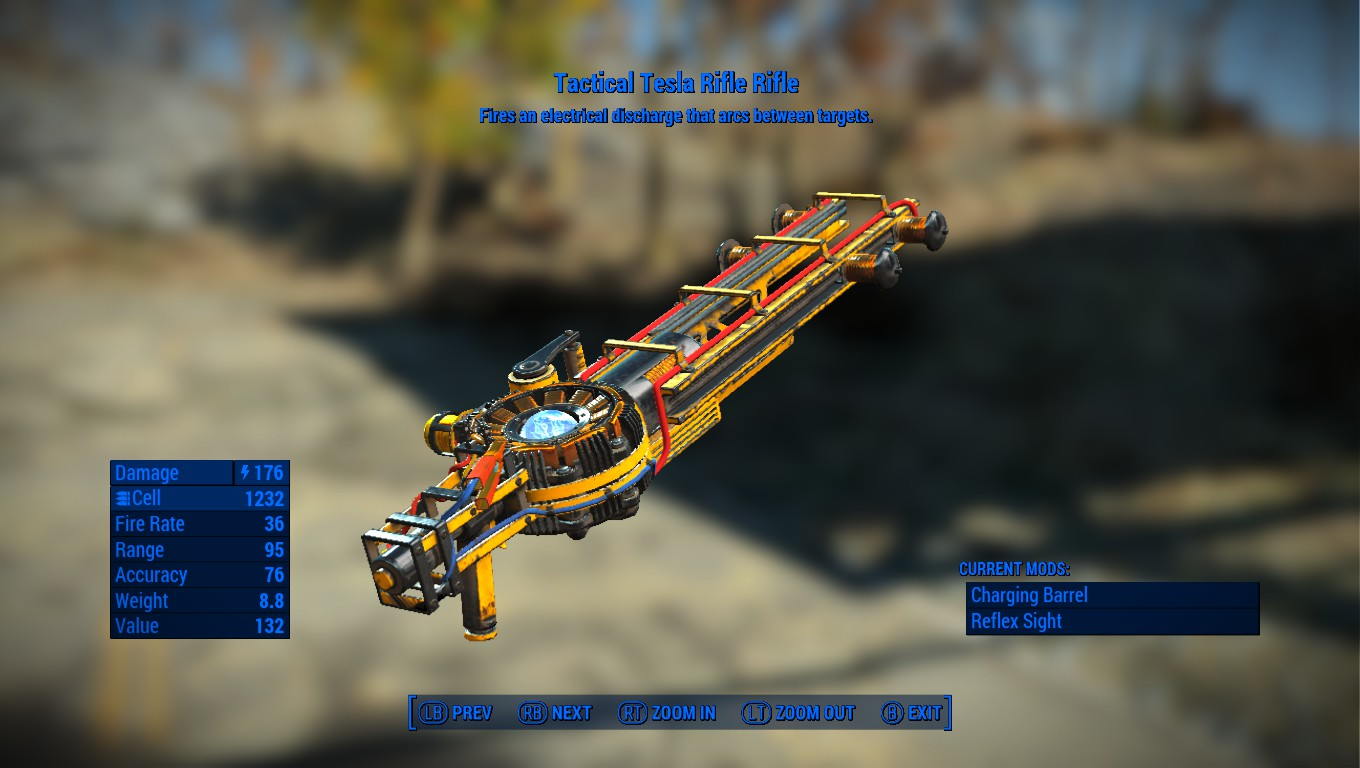 The new story offered in the DLC revolves around the robot army under the command of the Mechanist that is threatening the Commonwealth. This story is interesting and it keeps building and getting better throughout most of the module. Unfortunately, the ending is rather anticlimactic and leaves you not only wanting more, but asking “Is that all?” This was really the only major letdown for me, since I believe that there was room for a much better story.

Perhaps my favorite part of the new DLC can be summed up in one single word…robots. The amount of robot customization that can be done, is also rather impressive. You can not only alter any of the robot companions that you have, but if you want you can also build a robot from scratch to use for combat (or for carrying all of the random junk you pick up, which I like to call a Mulebot). The robot parts that you can build the bots with can come from any or all of the following robot types. Assaultron, Protectron, Mr. Handy, Robobrain, and Sentrybot. Using this you can make Codsworth be able to carry 500+ pounds of random crap, have a shoulder mounted mortar and look like this: 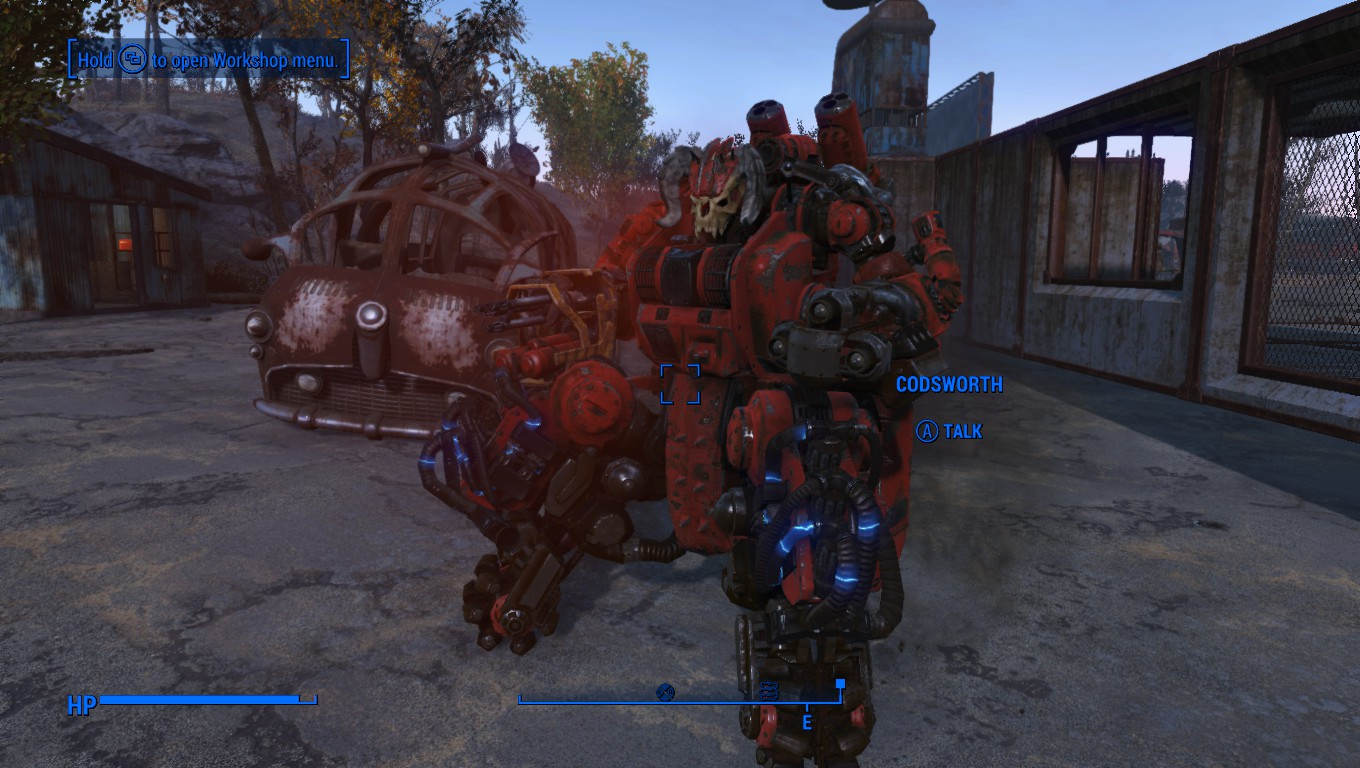 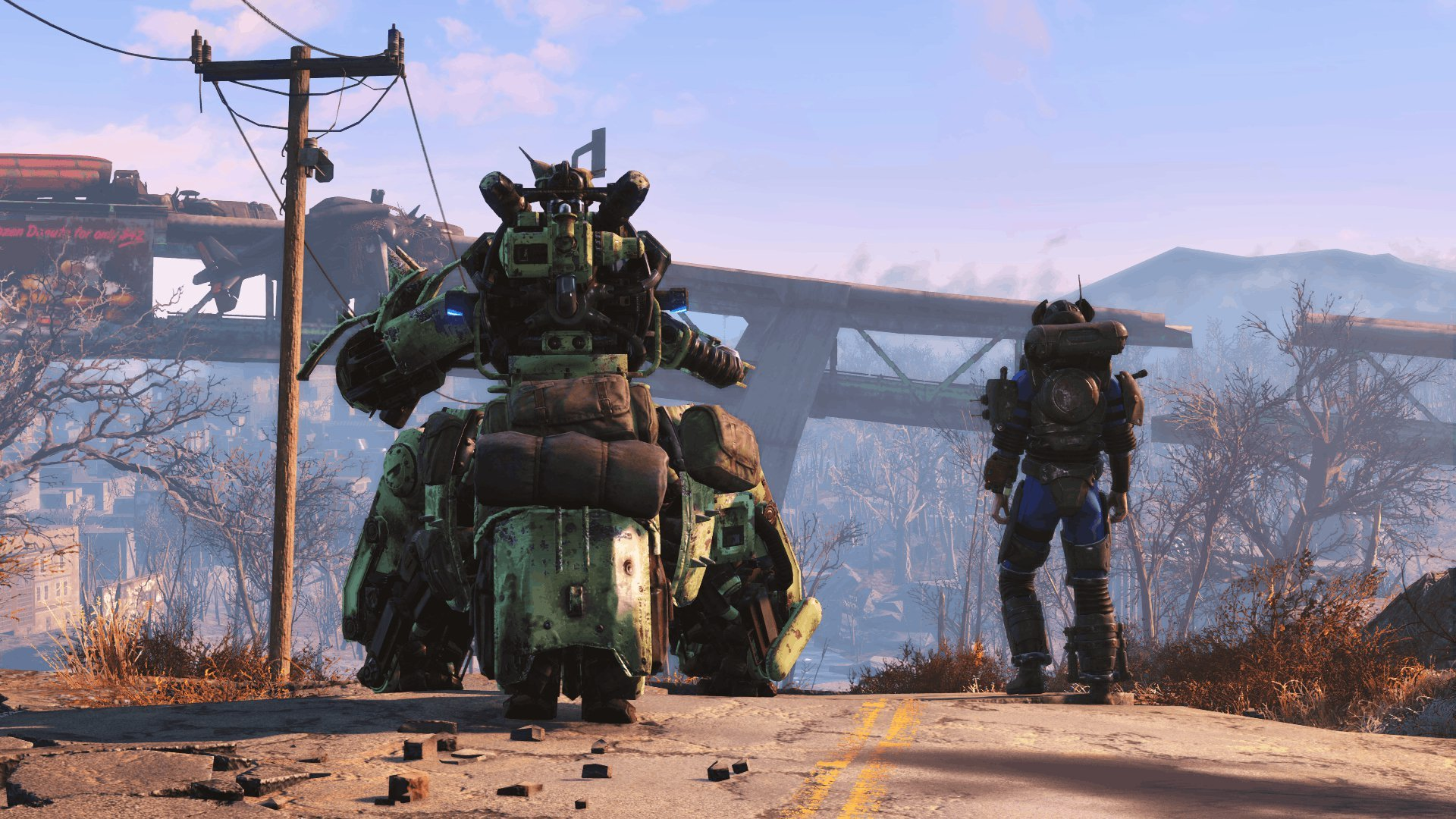 Or if you would rather have a robot that never gets stuck in a doorway or bush you might rather have a robot that looks like this. In addition to that, you can build Eyebots that will search for any components, ammo, or explosives that you want them to. On top of that the robots are quite nice for these additional reasons, they don’t judge you for who you are (if you built them that is), they are good for distracting that deathclaw that you just don’t feel like fighting right now while you walk away, and they can be very helpful for fighting enemies that you are not yet powerful enough to kill on your own. 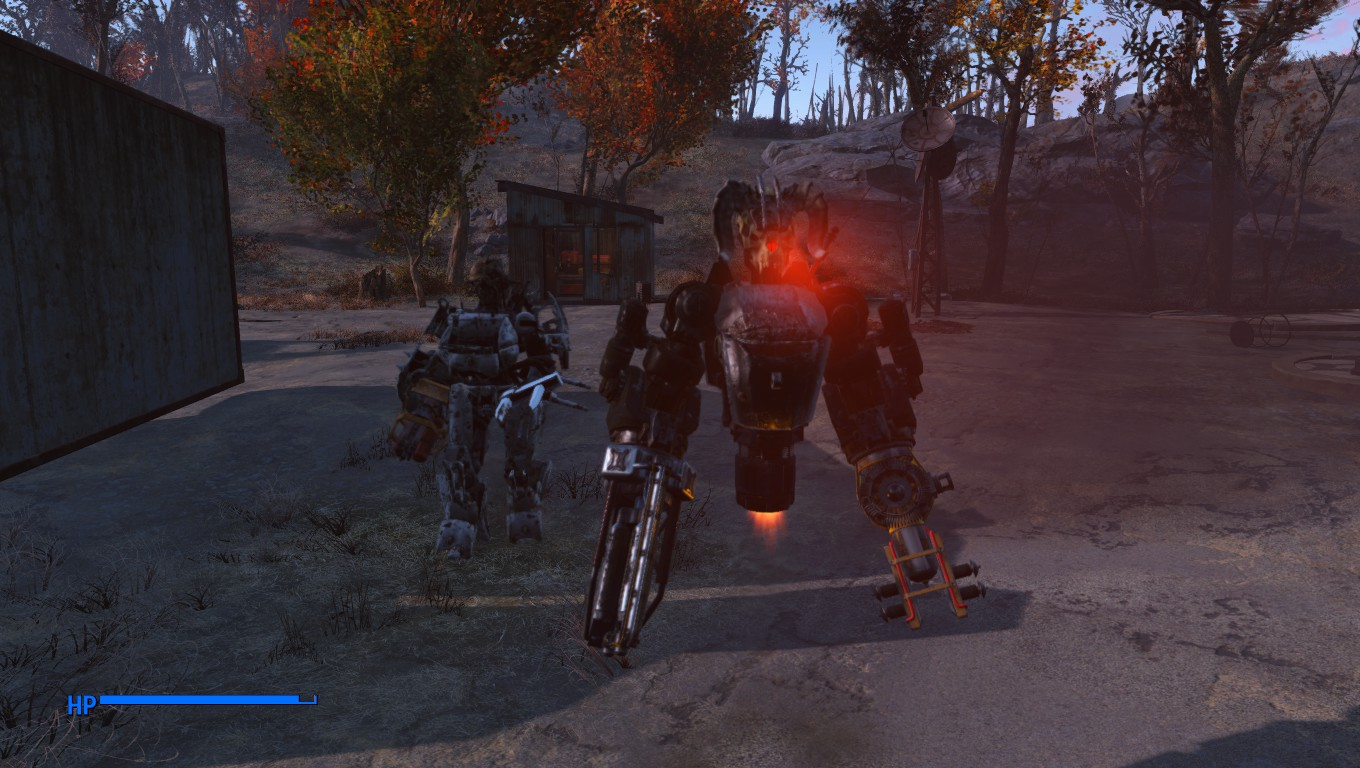 The armor that they added to the world of Fallout 4 adds to the game’s diversity in both enemies and the loot you can get. The new pieces of armor are as follows, the Mechanists Suit, energy weapon enhancing T-60 power armor, Sentrybot head, Eyebot head, Assaultron head, and robot armor set. 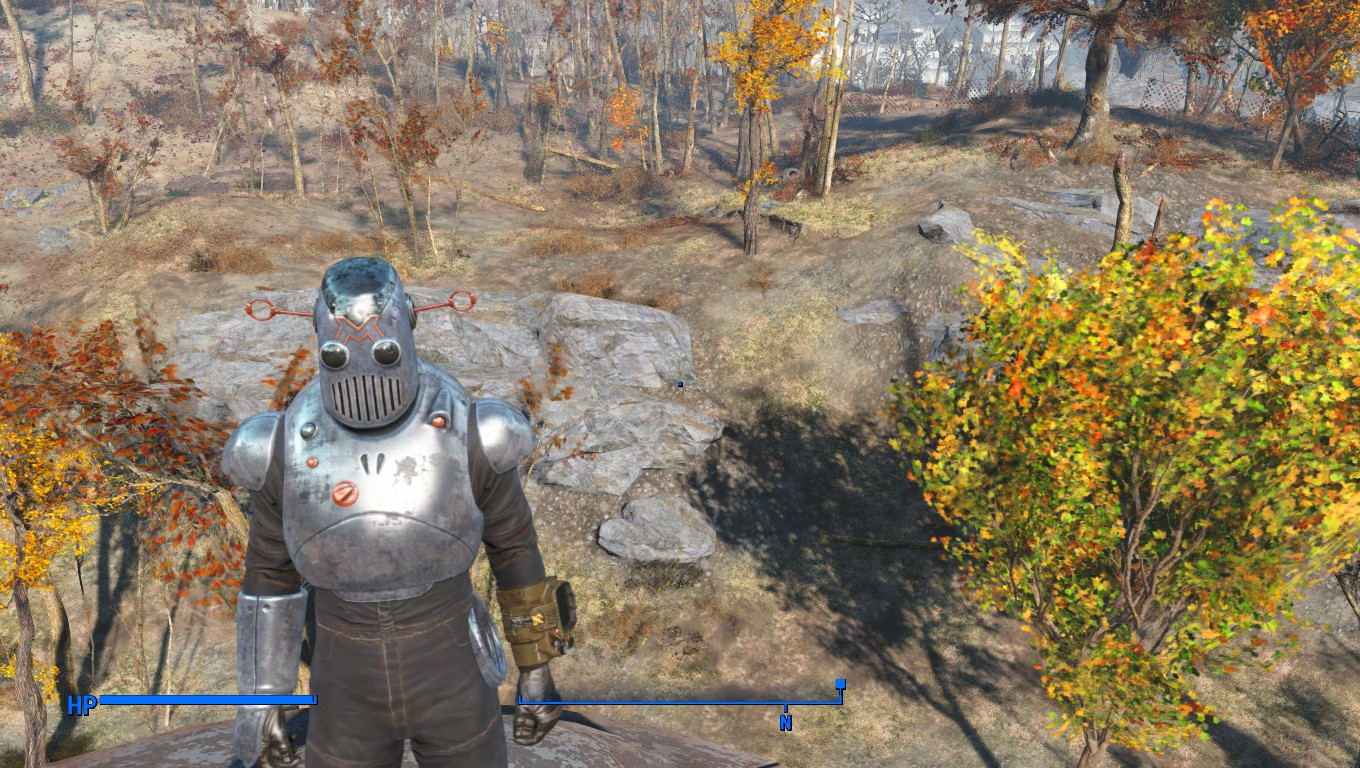 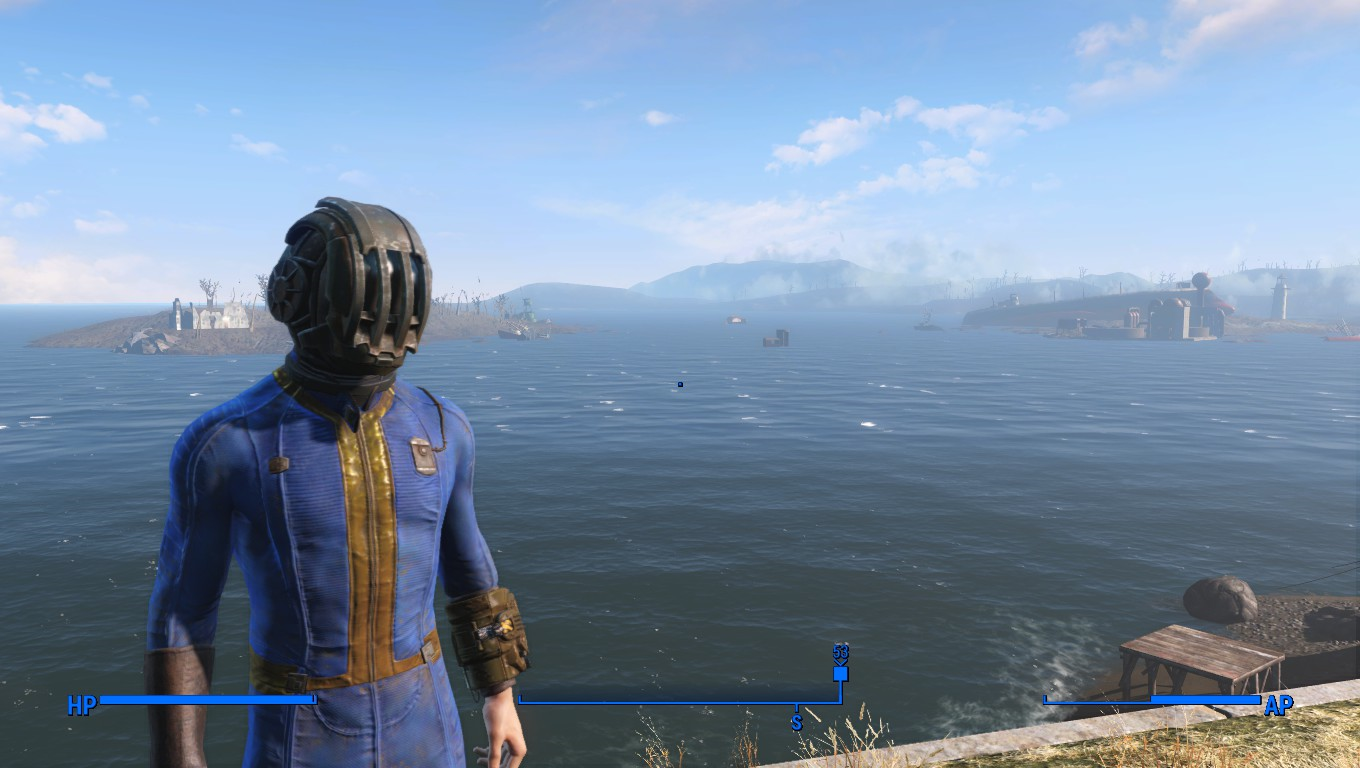 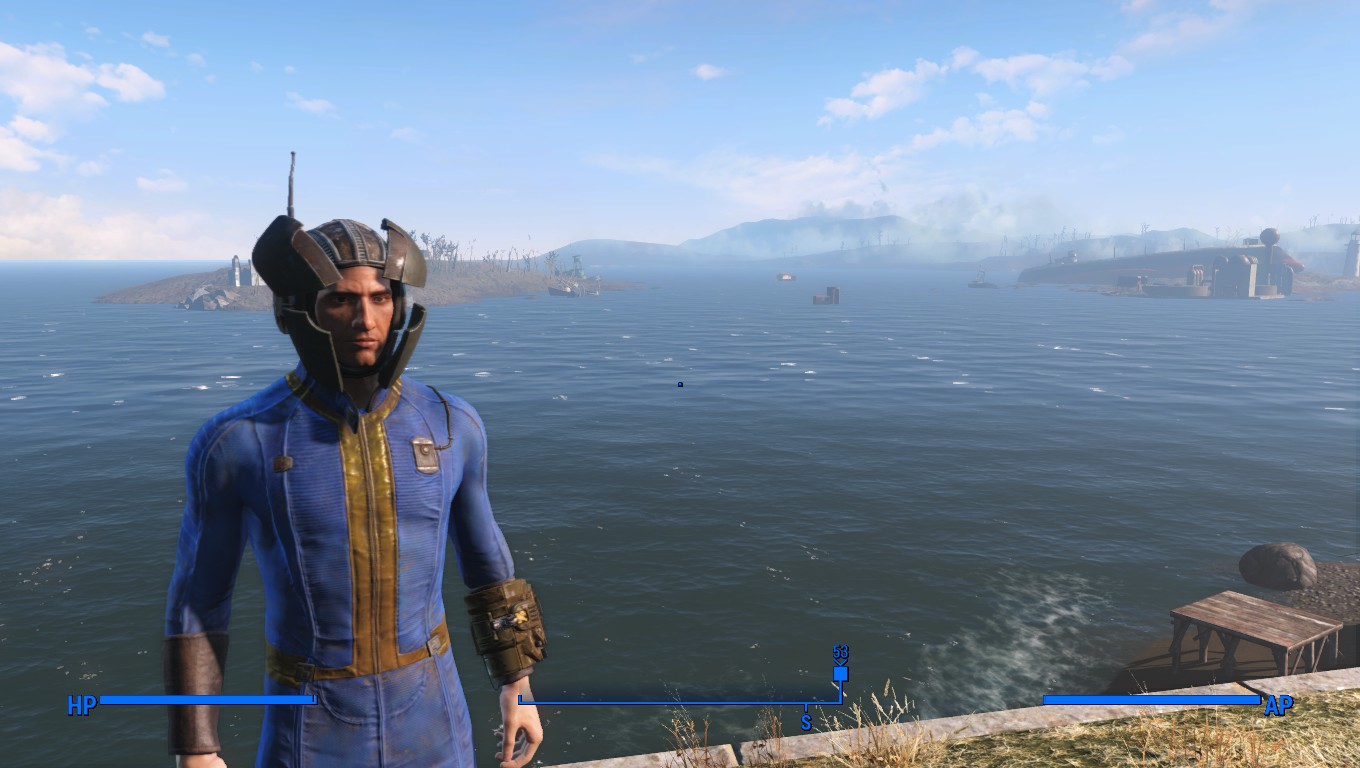 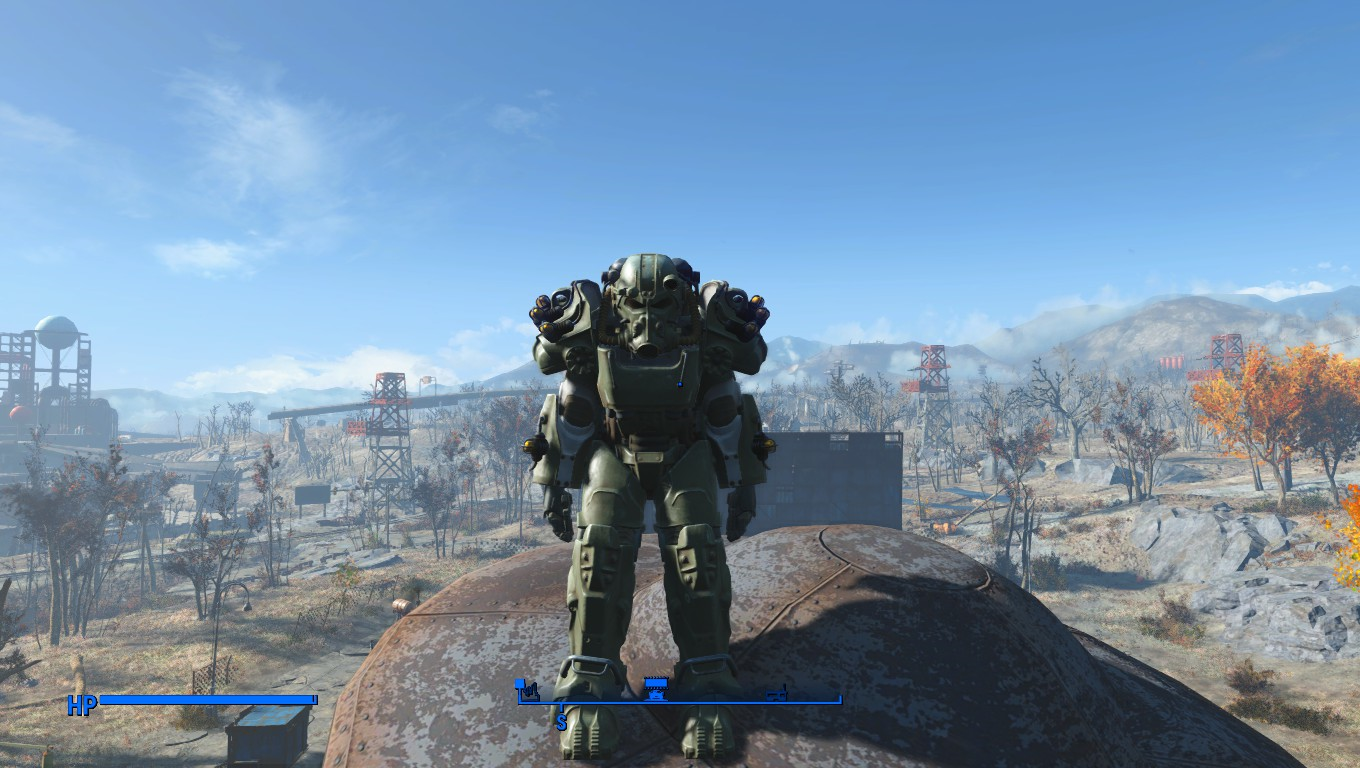 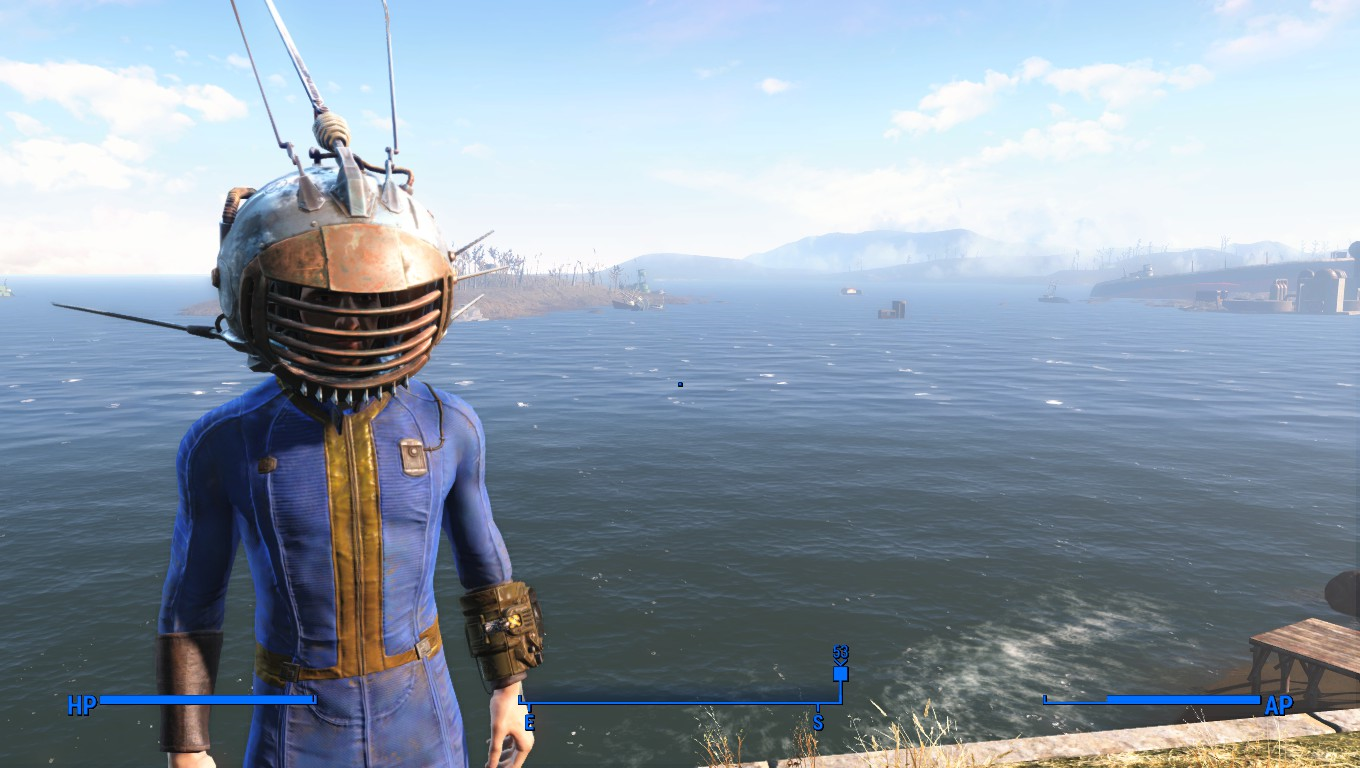 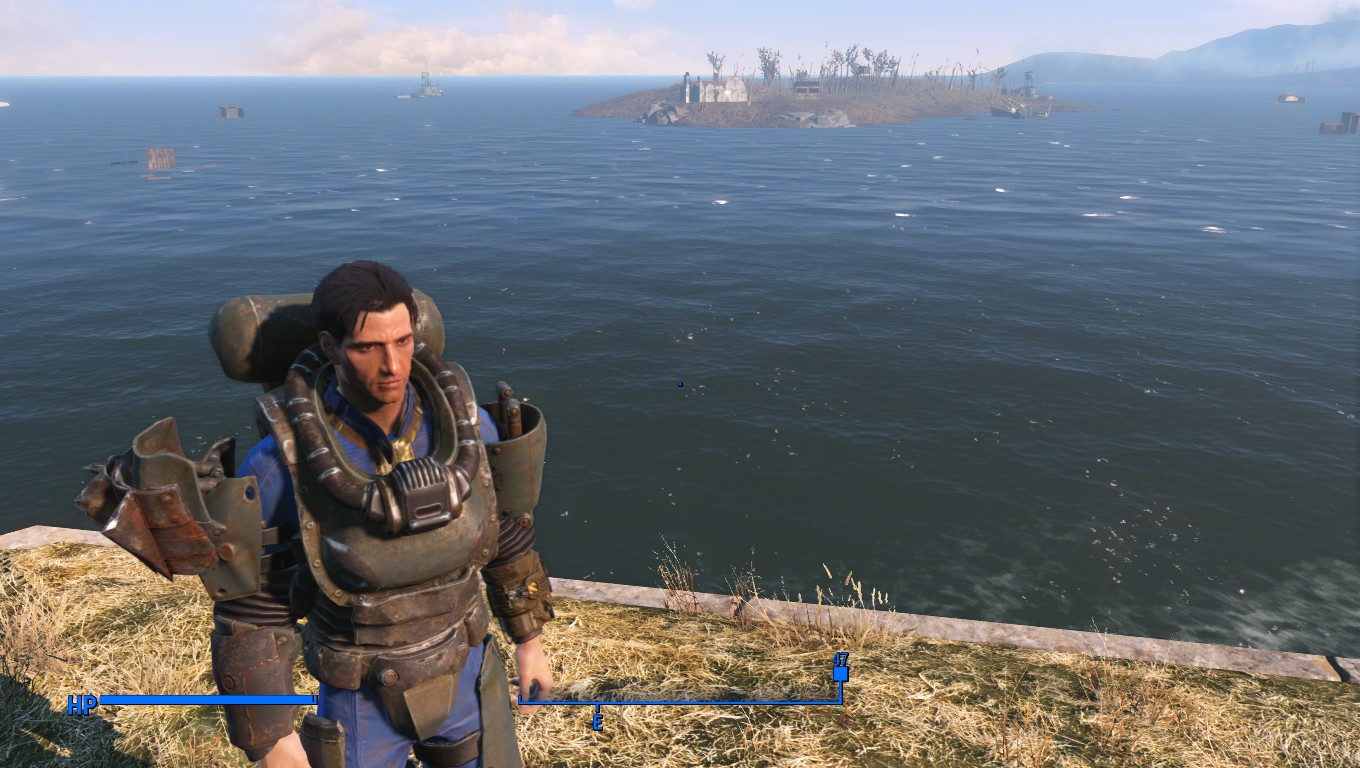 All in all, Automatron is a good DLC, it brings good things to the table such as the new weapons, armor and robots. However, it is heavily lacking in other aspects such as the story does seem underdeveloped. In the end I would have to give it a 7/10.