There was an update to the Pokémon GO beta app today (June 4, 2016), moving us up to v.0.25.0. This was the latest significant update since May 25, 2016 (v.0.23.1). The majority of 0.23’s changes revolved around the in-game store and in-app purchases, which can be explored in detail at this link. The temporary focus on IAP left some people feeling disappointed in the direction of the game. Today’s update, however, aims to address the biggest problem that people had about the game, which was the ability to train Pokémon, or at least make them stronger in one way or another. This update is absolutely enormous for fans of the game, and if there was ever a time to get hype, that time is now. Details about both recent updates (minus the IAP updates previously reported on) are outlined below. As always, many thanks to The Silph Road for their wonderful APK analysis. 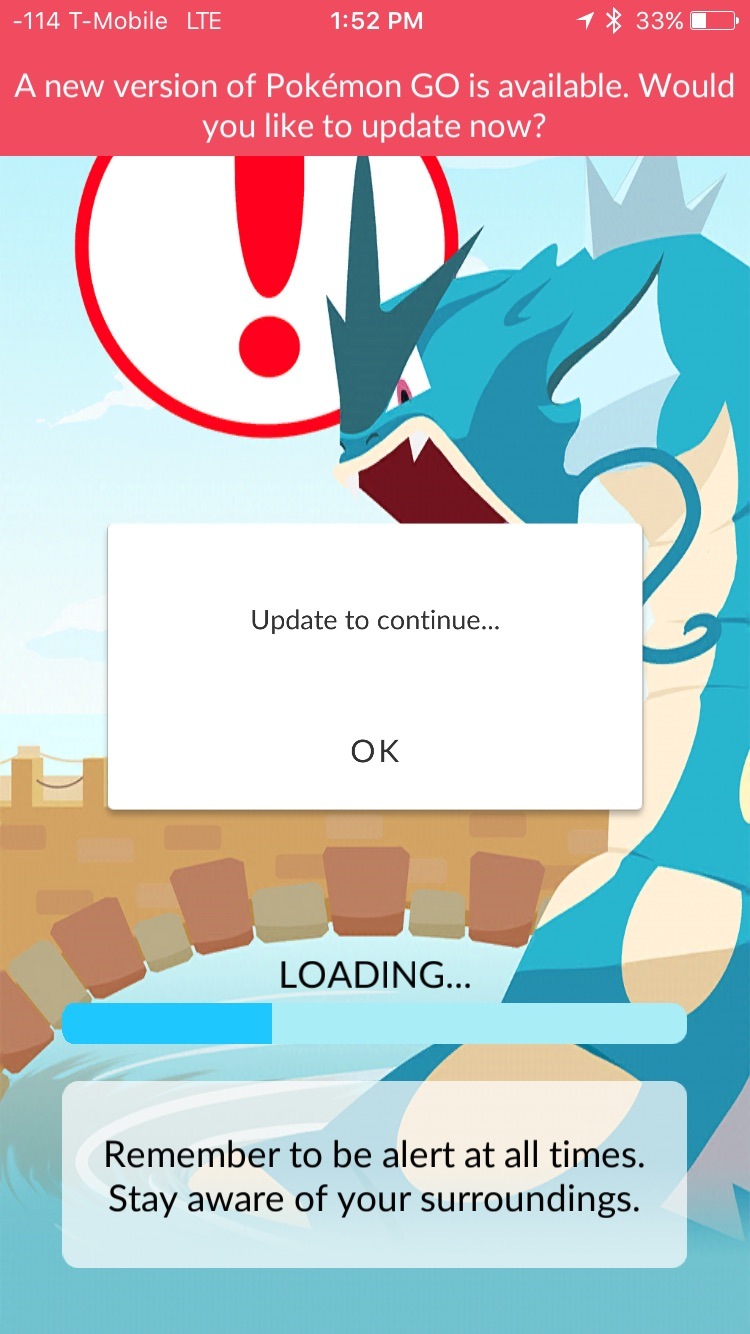 There are now several references in the code to a minimum age variable. (The exact number that constitutes the minimum age has not yet been specified.) Some of the younger Trainers may be a little dismayed by this, but unlike the Pokémon world, in real life it doesn’t make as much sense for a 10-year-old kid to go explore the world on their own. For the older users, this is wonderful news. Age limits are usually implemented to prevent younger users from accessing content such as online interactions that could potentially be inappropriate for younger children. As of right now, there is no direct user-to-user interaction in the app whatsoever. So perhaps preparing for this minimum age to have a factor suggests that such an interaction may soon be added? This “Age Gate” might be a preparatory step before adding in-game chat, trading, or even PvP trainer battling.

There has been a complete overhaul of the authentication/login system. It seems that they intend to use Google authorization (such as in the beta signup where they specifically ask for a “Email address associated with Google Account”). But there are hints in the code that suggest that there might actually be other ways to authenticate using other providers. As we stated before, previous beta roll-outs have been extremely limited in their scope, only inviting a max of a couple thousand. Our fingers are crossed that this authentication/login overhaul will allow them to invite future rounds of USA Field Testers with rollouts that are both closer together and larger in scope. (Wishful thinking.)

Those of us studying the APK code have known about this for a while, but it is finally in-game. There is a camera item that allows you to take photographs of Pokémon in wild encounters without having to take a screenshot. For me personally, this is going to be one of my favorite aspects of the game, as it will serve as a little Pokémon Snap minigame. Already there are the beginnings of a separate Pokémon GO Snap Reddit community, where you just go to post cool pictures.

Points of Interest such as Gyms and PokéStops can also now be tapped on and have their details viewed as long as they are visible on your map, when they previously couldn’t be looked at until you were right next to them. Also, there is a new team select popup screen in Gyms. And code has been added to suggest that you will be able to attach items to a gym that will give them interesting modifiers.

APK code has been added that will be used with the Pokémon GO+ wearable device. The code seems to suggest that the device will somehow be used to help the player navigate to a nearby Pokémon or PokéStop. Perhaps it will somehow indicate whether a player is getting “warmer or cooler” through color and speed of a flashing LED and vibration?

One of the biggest complaints that I have heard from my friends playing the game is that it just throws you into the fire without any explanation. Thankfully, this has been fixed as the Trainer tutorial has been revised based on feedback to be more comprehensive and streamlined.

There have been tons of new badges added. There is now one for each Pokémon type, a badge for the number of currently deployed Pokémon, how many battles you have won, how many times your gym has been successfully defended, the total number of Pokémon deployed at Gyms, total number of Prestige damage you have done to enemy Gyms, and how much Prestige you have raised at allied Gyms. These badges are important because they serve to give goals and reasons for interacting with Gyms in a game that previously had none, as we pointed out here.

This is one of those silly aspects of the game that a ton of people wanted, but I didn’t think would actually be added to the nature of the app: nicknames! Nicknames (and even ‘favoriting’ have now been confirmed in the game.) One big problem that people suggested might prevent this is offensive nicknames, but nicknames are only visible to the Pokémon’s own trainer, so that problem has been completely avoided. Nicknames can be given by clicking the pencil icon next to the Pokémon’s name from their information page. The Pokémon GO Community Manager announced to the private tester community, “So if you catch a Squirtle in your hometown, you can name it accordingly!” 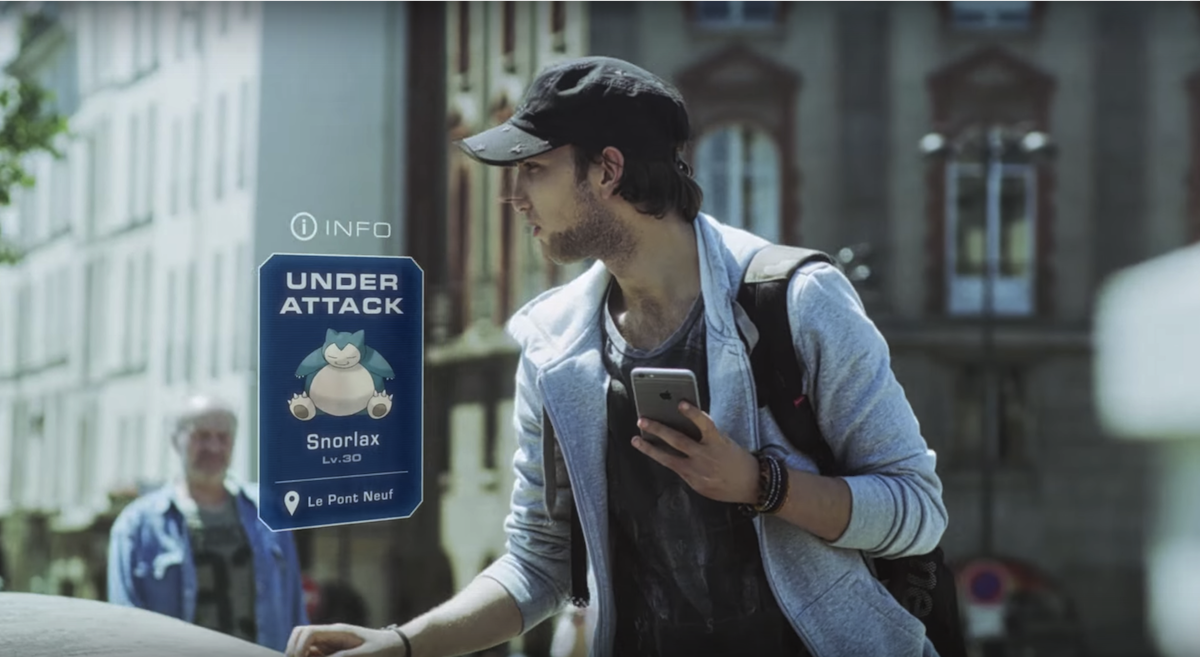 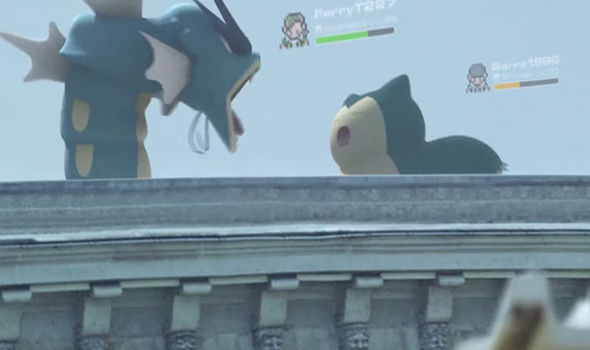 As of v.0.23, the Pokedex now shows Pokémon in a grid, which allows you to see more Pokémon at once. If you have not encountered a Pokémon, you now no longer see their silhouette in the Pokedex. They simply look like a square until you discover them, and then their silhouette appears once you have encountered the Pokémon. Once you capture a specific type of Pokémon, its image is added to the Pokedex as before. This fits in better with the feel of the game, as it feels like you are actually discovering Pokémon in the world around you just like in the Gameboy version. Not just working through a checklist of Pokémon that you can already see. Also, if a Pokémon is currently deployed at a gym, a gym icon appears next to its image. Now, added in v.0.25, when you are looking at a specific Pokémon, you can now see its relative size in comparison to Pokémon of the same species, for example extra-small, small, normal, large, extra-large. (Is my specific Magikarp pretty small, or big enough to get the ‘Big Magikarp’ medal? Is my Rattata in the top percentage?) The date and time as well as the location of where a Pokémon was caught will now be displayed on each Pokémon’s information page. The location will be displayed as a map image with a marker. Also in version 25, additional Pokémon sorting options were added that allow you to sort Pokémon by which were most recently caught, and which ones are your “favorites”. Pokémon can now also be added to your “favorite list” by clicking the star in the upper right corner of their information page.

In Update 23, the in-game map expanded its visibility reach to make Pokémon viewable up to 200 meters away, which increased the range by 50 meters from previous versions. Also, you can tap on one of the “nearby Pokémon” to highlight it in the bottom-right corner of your main game screen, showing its distance and making it easier to navigate to that Pokémon. You still can’t tell which direction that the Pokémon is in, but this update makes it easier than ever to use the other nearby Pokémon that you can see to triangulate the direction and position of the one you want. In Update 25, they took another step to make this easier, making the “nearby Pokémon” distances display in increments of 20 rather than 50, which makes it much easier to narrow things down. If you would rather have the Pokémon come to you, there is a new item called a “Lure Patch” which attracts Pokémon to a PokéStop for 15 minutes after the item has been used. Useful to sit back and hang out with Trainer friends at a POI and let the Pokémon waddle their way to you.

In 0.23, code was added that suggested that Players will be awarded PokéCoins based on the number of active allied participants at that Gym, and the Trainer info page has been simplified to make extra space. By 0.25, this ‘Defender bonus’ has actually become a part of the game, and it now appears on the top left of the trainer profile. You can click this ‘Defender bonus’ button to collect your loot, for which you are supposed to get extra Stardust and PokéCoins for each Pokémon deployed at a Gym. Today, however, all testers currently defending a Gym got the same ‘Defender Bonus’ of 5,000 dust and 100 coins.

In version 23, Pokémon moves were nerfed, with most having their power decreased by anywhere from a quarter to half of their original strength. Move pools also appear to have been updated, with some Pokémon learning moves that were not possible for them to know before. Interestingly, the response from testers as of version 25 is that Pokémon battles actually move faster, now. Although they may mean that the battle system has actually become more fast-paced, rather than the battles themselves taking a lesser amount of time. Also in v.0.25, the Pokémon that a Gym Leader is using to defend a Gym will now be displayed on top of the Gym icon

As for the biggest update, which is being able to increase your Pokémon’s Hit Points and Combat Points…you are going to kill me, but this update is so huge and extensive that it deserves its own article. Keep your eyes peeled for a full breakdown extremely soon! 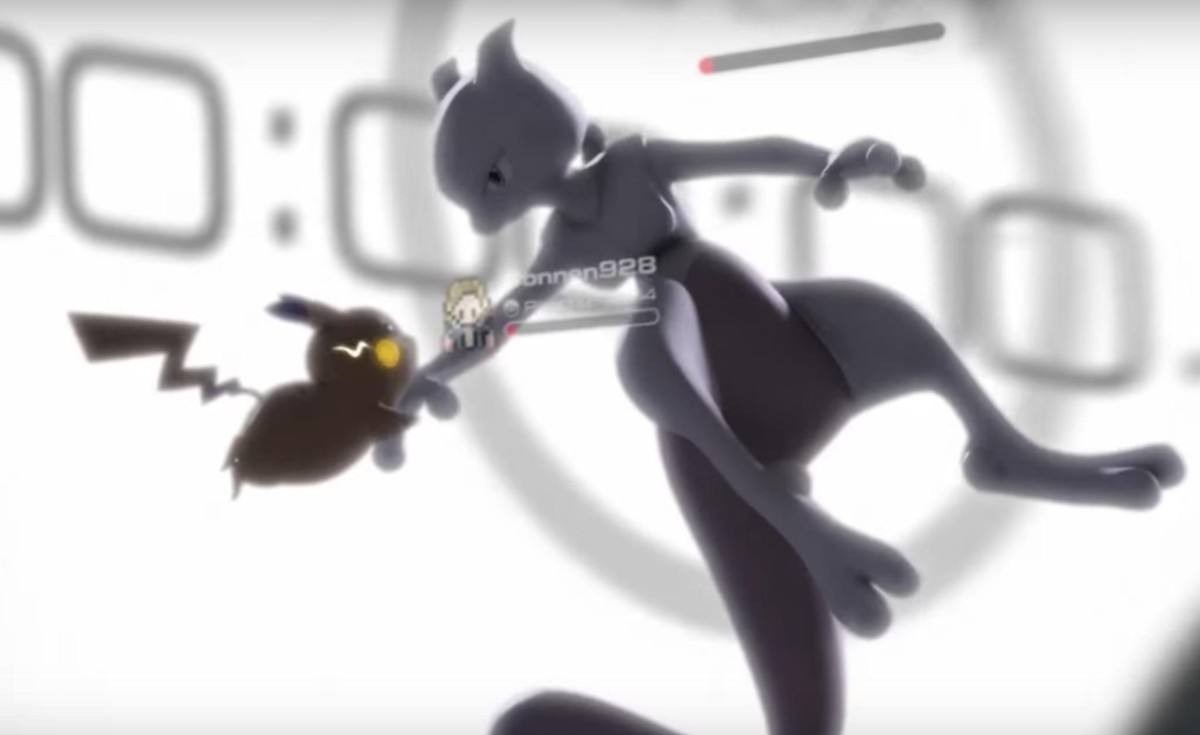