Some Problems with Harry Potter 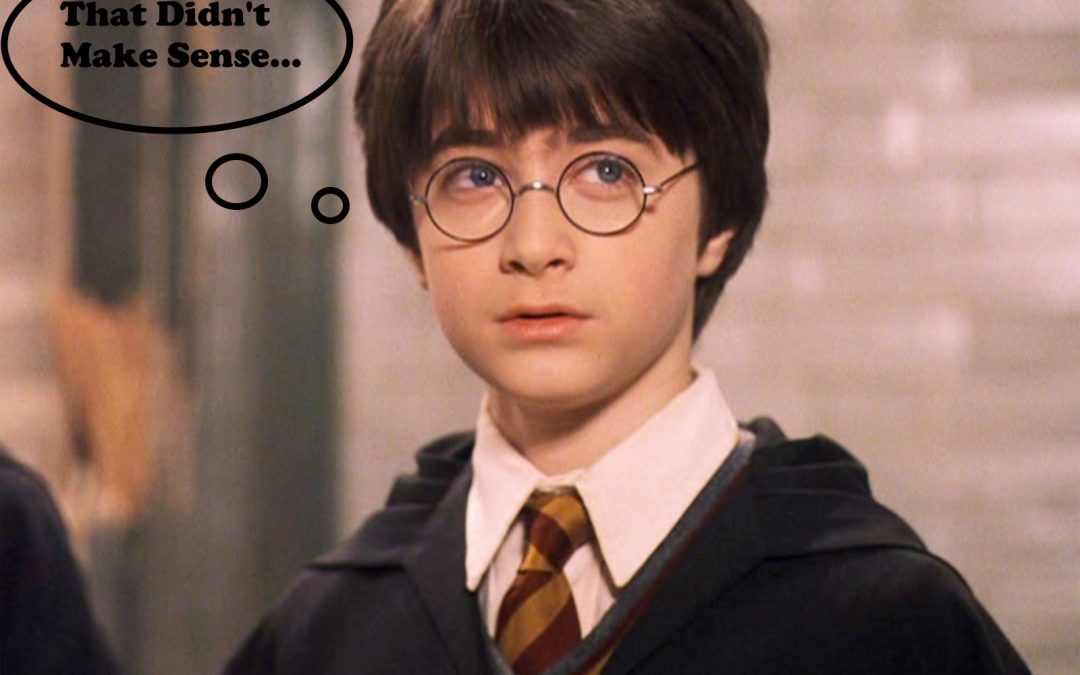 Some Problems with Harry Potter

It is almost impossible to create a completely new story, let alone world, without a few inconsistences. Whether it’s simply an idea the author imagined and lost interest in, or a problem with the plot itself, authors are prone to making mistakes. J.K Rowling is no exception. That isn’t to say that she, or any author for that matter, is bad. Like I said, it can be very difficult to make a realistic world, let alone believable. Rather, these “flaws” should be viewed as a positive effect. When exposed, it shows the loyalty and determination of its fan base while potentially providing constructive feedback to the author. Furthermore, it allows for these fans to “theorycraft” by subjecting themselves into this newly developed universe and allowing themselves to grow closer to it. So, below are five plot holes I’ve wondered about myself and how I can see them being patched in the eventual Harry Potter Encyclopedia.*

As many may be aware, Severus Snape makes a deal with Malfoy’s mother promising that he will help Malfoy kill Albus Dumbledore. In order to guarantee such a promise, both he and Narcissa enter an Unbreakable Vow wherein if Severus fails to uphold his promise, he will die. With such a spell/promise, why doesn’t Voldemort ensure all his Death Eaters vow their undying allegiance to him? He would have nothing to lose and everything to gain, let alone he seems like the controlling kind of person who would.

Now, it seems that when entering an Unbreakable Vow, both parties usually promised to do something in order for the Vow to activate. What’s more is that Voldemort didn’t seem to be the kind of guy to give up a portion of his freedom in order to absolutely guarantee a person’s allegiance. Either you were with him or against him. If you were against him, he had no problem with eliminating you. Finally, entering an Unbreakable Vow doesn’t seem to be too common (for obvious reasons) but it seemed that once promised, the ONLY things that needed to be followed were the specific agreements when enacting the accord. With the penalty of death, it could be that Voldemort didn’t want to risk someone finding out any potential Vows and he lose his body. Again.

For those who don’t know, Peter Pettigrew was the person who ultimately let loose where James and Lily Potter lived, thus allowing for He-Who-Should-Not-Be-Named to set in motion the beginning of the story. After which, Peter turned himself into a rat and became the family pet of the Weasleys. Now the question arises, with a map that tells who and where everyone is at, how could Fred and George not seen there was someone strange sleeping nearby? Especially because of all the mischief they would cause because of their map.

This one is a bit difficult to understand completely simply because there isn’t a whole lot of information about Peter, his whereabouts after the deed, how the Weasleys got him, or the map. The only explanation that would loosely fit, in my opinion, would be if Peter gifted himself as a rat of the same name to the Weasleys. Additionally, the Weasleys weren’t too rich, relying on hand-me-downs and the like. So, a pet would have been a welcome gift. As such, Peter probably didn’t raise too much suspicion once accepted. The Weasleys would have a been a perfect place for Peter too since he was serving as a double agent and would still be able to stay in touch, in part, to the wizarding world. 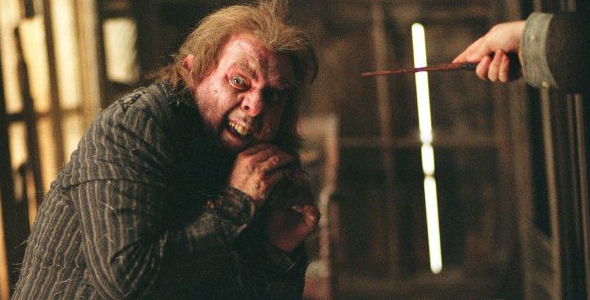 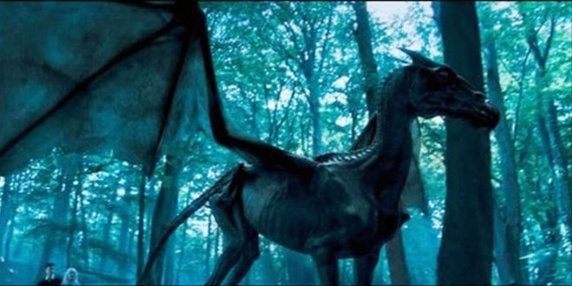 Thestrals have proven to be quite interesting creatures first introduced at the end of Goblet of Fire.  While invisible to most, it was first believed that Thestrals could only be seen by those who have seen someone die. Luna Lovegood for instance explains, “The can only be seen by people who’ve seen death”. But Harry is no stranger to such a tragedy as his parents, friends, and even a professor have all died because of one reason or another. So how come Harry hadn’t seen these mythical beasts before?

Since the release Order of the Phoenix there have been quite a few people wondering about this very thing. Because of the that, J.K. Rowling has since changed the conditions for seeing a Thestral. Instead of simply seeing someone die, the individual needs to accept the reality of their death as well. With Harry too young when his parents died to truly understand and him passed out when Professor Quirrell dies, it would make sense that he doesn’t see a Thestral until then. Even after the TriWizard Tournament, when Cedric Diggory is killed there wouldn’t be enough time to completely contemplate what his death would mean. It isn’t until he comes back that he was able to finish grieving and thus be able to see the Thestrals.

Ok. Maybe this isn’t so much a plot hole but something I’ve been pretty curious about. Harry’s cloak which was later revealed to be one of the three Hallows is supposed to ensure invisibility to those who wear it. Perhaps just a myth even within the Harry Potter Universe but it allegedly rendered its user invisible even from the eyes of Death. However, it wasn’t able to hide its user in certain situations like Professor Moody’s Magic Eye, the Marauder’s Map, Dementors, or even Nagini.

Although it could just be an inconsistency for plot purposes, the cloak itself would be quite old if the myths were true. Dating to some 15th century, this specific cloak wouldn’t have been the only cloak to have been made. Sure enough, there were quite a few others made but they weren’t nearly as powerful and as time went on, they lost their power. I think that this is what was probably happening to Harry’s cloak. It may have been by far more powerful than any other but it was also considerably older. Thus, it probably retains much of its original power but it is now beginning to fade.

A Time Turner. Like the name implies, it is weird device that lets the user travel backward in time several hours. Most commonly known, Hermione Granger used it during her 3rd year to help with classes. Yet, Time Turners are not as common as some would believe as they are incredibly restricted by the Ministry of Magic. So restricted in fact, the Ministry went as far as to destroy all the known copies during Order of the Phoenix. Regardless, many Harry Potter fans have a hard time grasping why such a powerful device would be used for something as trivial as taking classes but not used to save Harry’s parents or to defeat Voldemort before he began his reign of terror.

Although many people think this is a presents quite a problem to the story’s consistency, I don’t think it does for two reasons. A) the time-turner has a limit of about 5 hours before it physically harms the user. B) both the movies and books seem to follow a similar trend with regards of time-travel. The past cannot be change regardless of the desires of the user. For example, when both Hermione and Harry travel to the past in Prisoner of Azkaban and Harry wants to meet his Dad, he finds that the person he thought was his dad was in reality himself. Instead, when the user uses the Time Turner, he seems to experience specific events like a 2nd spectator. While experiencing the event for the first (original) time, the participant sees it for the first time and as such cannot gain much from it. However, the second (going-back) time allows for further clarity similar to watching a movie for the second time.

This may seem like quite a few inconsistencies, and there’s more to boot, but it’s quite a bit of fun being able to discuss them. It almost makes someone feel like they’re in the world itself and figuring out new parts others have not. That’s what being a fan is like. So even if an author makes a mistake or something doesn’t make sense, all it means is that you’re invested and want to know the truth. Even though Harry Potter may never receive a definite encyclopedia capable of explaining every tiny thing but here’s to hoping at least some of our questions will get some answers.

*- Harry Potter Encyclopedia was a working title as of 2012. There hasn’t been much news lately regarding this book, but rumors are starting up once again.