Someone Will Die in the Agents of S.H.I.E.L.D. Finale 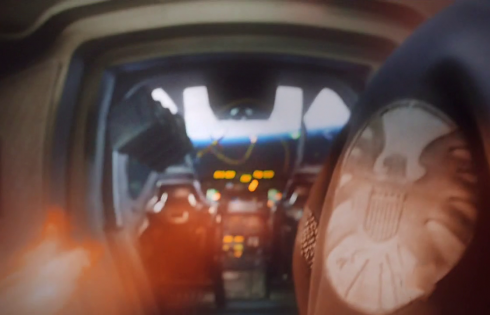 “I don’t know when, but someone on our team is gonna die.” Daisy struggles to get the words out after seeing it happen in vision firsthand.

When Agents of S.H.I.E.L.D. first returned from its winter break with S3E11, it opened with a flash-forward to “three months from now”. The camera first focuses on a planet that looks like earth, and then we watch the camera dolly back to reveal more about the scene. First we see that we are in a spaceship, and then as the camera continues to move backward, we see droplets of blood suspended in zero gravity. Then a cross necklace floats by. And finally, we see the (in my opinion, female) body that the blood and necklace must belong to. The shot zooms in on the drifting corpse to focus on a logo that identifies the body as belonging to a (former) S.H.I.E.L.D. agent. Then the spaceship explodes. We are reminded again of this flash-forward at the end of S3E15 when Agent Daisy Johnson (Chloe Bennet) touches an Inhuman named Charles’ hand. Charles’ Inhuman power is to give anyone who touches him visions of death. This is where she actually has the vision of a dead S.H.I.E.L.D. agent that we had already seen in the mid-season premiere.

So, here we are, not quite three months from the original flash-forward, and Marvel’s Agents of S.H.I.E.L.D. will have a deadly two-hour Season 3 Finale this Tuesday (May 17, 2016) at 9 eastern/8 central. The two-part finale will be comprised of E21 “Absolution” and E22 “Ascension”. An ABC newsletter sent out to subscribers describes the finale as follows: “Ready for Battle: Director Coulson and his team race against time to stop Hive from unleashing his warhead upon the world. Not everyone will survive what lies ahead. Watch as Daisy’s dark prediction comes true in the must-see 2-hour season finale of Marvel’s Agents of S.H.I.E.L.D.: Fallen Agent.”

“Who will die?” a narrator dramatically asks in this week’s TV promo. We know that when the spaceship explodes, the cross necklace is inside of it. The cross necklace also makes multiple appearances in the promo, appearing at the same time as the words “die” and “shatter” are spoken. So who has the necklace? 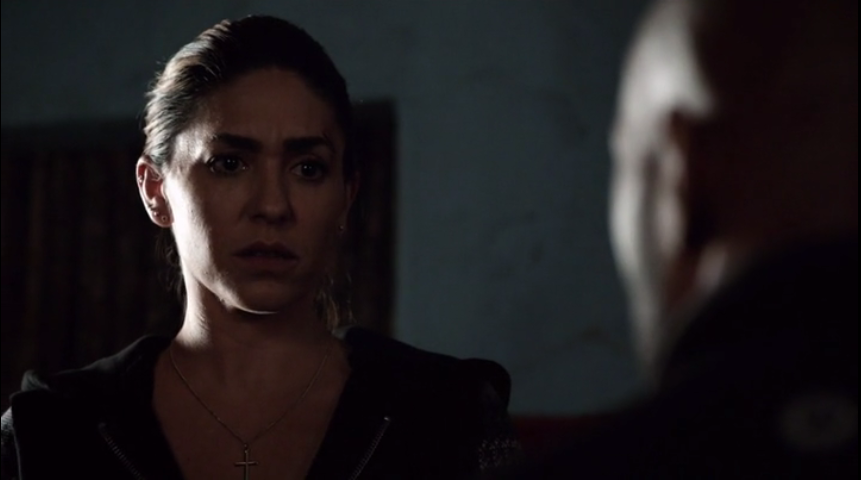 By the end of the most recent episode, Mack has it. But in this week’s sneak-peek, we see an interaction between Mack (Henry Simmons) and Elena/Yo-yo (Natalia Cordova-Buckley). Elena criticizes Mack for working too slowly, and Mack reminds her of the seriousness of their situation. (They are attempting to rescue hostages while in grave danger of being killed by Hive.) Elena is wearing a fail-safe vest that will kill her if triggered. She asks Mack if he would actually use it. Throughout the second half of this season, they have been building up the relationship between Mack and Elena, which gives the idea of him being responsible for pulling that trigger a little more dramatic flair. His grave expression suggests that he would, in fact, pull it if necessary. She replies, “Good. Because I’d rather die than be anyone’s slave.”

Well, it seems like she might get her wish, because in the closing second of the sneak-peek, Mack hands her cross necklace back to her.

That is, unless she refuses to take it. Which would explain why they would’ve posted this seemingly blatant spoiler before the episode airs. It would also make sense as to why they cut off the clip so quickly, before you can see her response. In that case, it may be Mack who gets the figurative ax/shotgun combination. However, I PRAY that this does not happen. After the killings of Trip (B.J. Britt) and now Andrew/Lash (Blair Underwood) I cannot handle the loss of another awesome minority character from the team.