Suicide Squad was a fun movie with plenty of action and some funny moments.

They made a good decision focusing mainly on Deadshot and Harley Quinn, as these two characters really shone and made up the heart and soul of the film. Deadshot is probably the most developed character in these two hours, and he was just a straight-up cool dude. Will Smith did a great job showing someone who was multidimensional, who was a likable murderer. You felt a little bit more of where he was coming from when compared to the other characters. His role as a father made him decidedly more human than, say, a crocodile monster whose entire character arc involves getting BET in his cell by the end of the film. Harley Quinn is another character that audiences want to like, and have fun watching. She is always the one who is first to speak up and say exactly what’s on her mind, and having a character like that plays a crucial role in adding to the fun of the film, especially when she is mostly surrounded by a bunch of serious soldier-types. While her character was definitely an enjoyable addition to the film, her stockholm-syndrome back-story wasn’t quite as relatable as Deadshot caring about his daughter. For the average viewer hailing from an average life, it is a struggle to understand her feelings towards the Joker. It probably would have taken an entirely separate documentary to really dive in to understanding that whole twisted experience, but it is touched upon several times throughout the film, enough for audiences to get the general idea. The fun angle that this movie was always going to take as an anti-hero story was that you would want to root for the bad guys. This movie made this process very straightforward as they humanized the villains and made the most evil people those working for the United States government.

But overall, it was an action film. Stuff blew up and faceless red-shirts got torn apart. Popcorn was consumed. Don’t let people tell you what to like. The fact that the movie review sites were so ruthlessly cruel to yet another DC Universe film makes me question if maybe some of the cries of a deliberate conspiracy aren’t completely unfounded.

Just kidding. No tin-foil hats here. More likely is that there is a sort of hive mind taking place in regards to these films. People see that it got a 26% on Rotten Tomatoes. They register that other people don’t like it, and they board the train and come along for the ride, some making the decision to hate it without even seeing it. I see way more people seeking to dredge up a list of criticisms than I ever see saying, “I enjoyed going to the movies tonight.” The culture of reviews has influenced us in a way that we love to hate movies. The moment that some people heard that this movie was undergoing reshoots, they already began crafting the dialogue about how the movie would be a directionless failure. 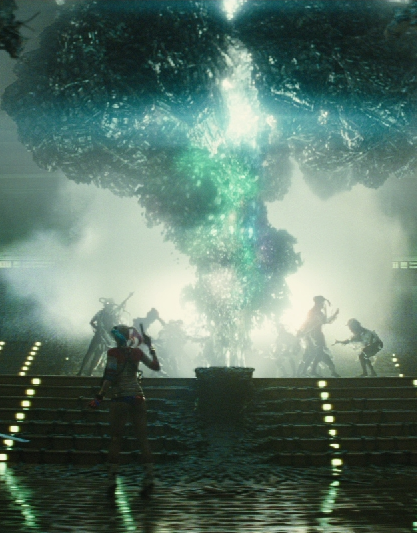 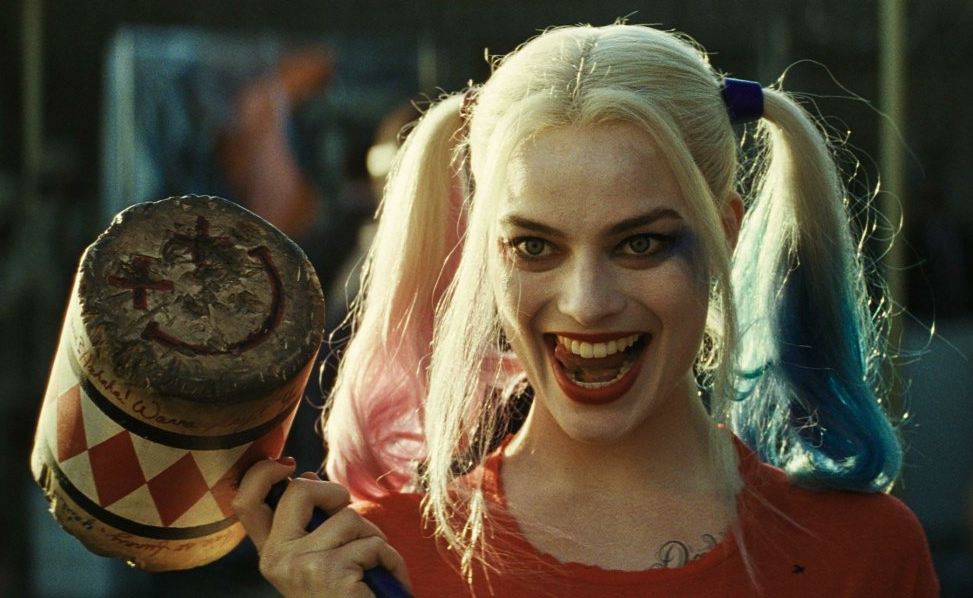 The effect of the reshoots seemed to be exactly as reported. A movie with an apparent original intention of being somewhat dark and brooding injected a little more fun and Marvel-esque flavor throughout, to keep the film skipping along. To the average filmgoer, the entire premise of Suicide Squad seemed to take a page out of Guardians of the Galaxy’s book by taking a bunch of wacky criminals and putting them on a team. (Suicide Squad first appeared in comics in 1959, compared to Guardians’ first appearance in 1969.) Something that I assume was a more recent addition to SS was their decision to take those similarities a step further and play cool 80’s songs in the transitions, even playing the exact same song on one occasion.

Of course, not all of the complaints about the movie are unfounded, as Suicide Squad does have its flaws.

There were a lot more characters than they actually had time to do anything with. Although they spent a good portion of the beginning of the film giving short bios and introductions, it seemed a little more difficult to keep track of or care about some members of the team as opposed to others.

Suicide Squad did seem directionless at times. As we followed these anti-heroes through post-apocalyptic city streets, the audience is often left to wonder what they are even doing there. We are vaguely aware that their initial mission is to get to a specific location to rescue a specific individual. We understand that they are not told the specifics because they are not trusted. But regardless, it is annoying to have no idea where they are going for such a large chunk of the film. Once they actually get to the specific location, which is a skyscraper in the middle of the city, it turns out that their job was just to rescue their boss, who had been perfectly content and safe, holed up in a secure room observing everything from a distance. What was the point of all of that? Did they really need to pull these super-villains out of their secure holding facility to do a job that could have just as easily been performed with the same degree of success by… anyone? They toddle throughout the streets on foot, losing some lives along the way, to get to a building and beat up some magical super-soldiers with baseball bats. The person that they were sent to rescue then hops on a helicopter, by herself and without their help, and immediately gets gunned down and captured. And then, after that, with their initial stupid mission both completed and failed, they go back to more walking around desolate streets and beating up cold-sore-goons without any clear objective.

Deadshot hit the nail pretty directly on the head at this point when he asked, “So, we’re going to that spinning ring of trash in the sky, right?” Of course they are. Why are they even dilly-dallying? Every casual moviegoer knows the moves to this dance. The team would eventually have to go to the huge beacon of spinning metal for the final boss battle, just like they had in X-Men: Apocalypse a few short months before. 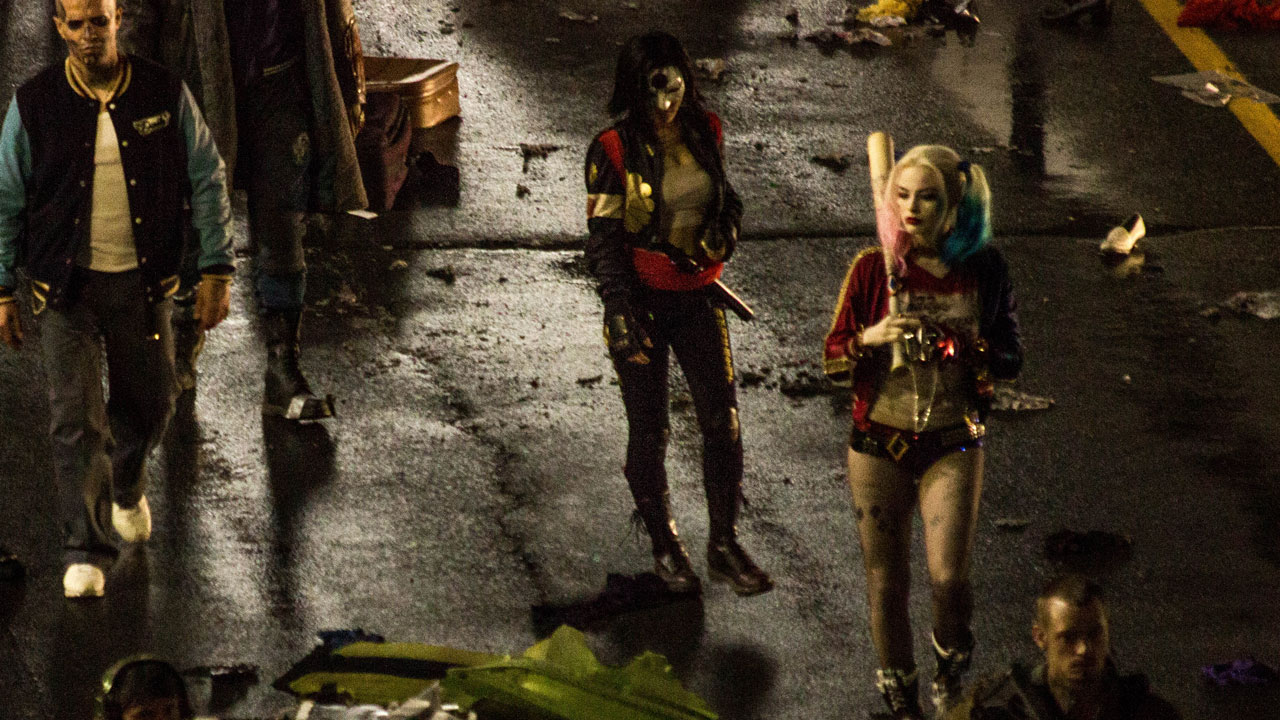 The film was fun to watch if you go into the film seeking to have fun watching it. If you go in looking for problems, you will probably find those, too. Will Smith and Margot Robbie killed it as Deadshot and Harley Quinn, and fans will have a lot of fun diving into the Universe for two hours.