The Boy and the Beast Review

In the summer of 2014, Mamoru Hosoda announced his next project to be a movie titled, The Boy and the Beast. Upon hearing just that I was excited because I am a huge fan of Hosoda’s work but when I saw the first image of the film showing the titular main characters, that is when my excitement became too much to contain. The picture showed us a little boy with a katana over his shoulder and standing in the middle of the busy Shibuya intersection. Standing next to him was a large anthropomorphic bear also with a katana in the same fashion. I was already intrigued and dying to see it. As the months went on I waited on bated breath for any other announcement until the first trailer was released. I was assaulted with the most beautiful animation and music that I had yet to see in a movie like this. It was then I knew that this was going to be something special. 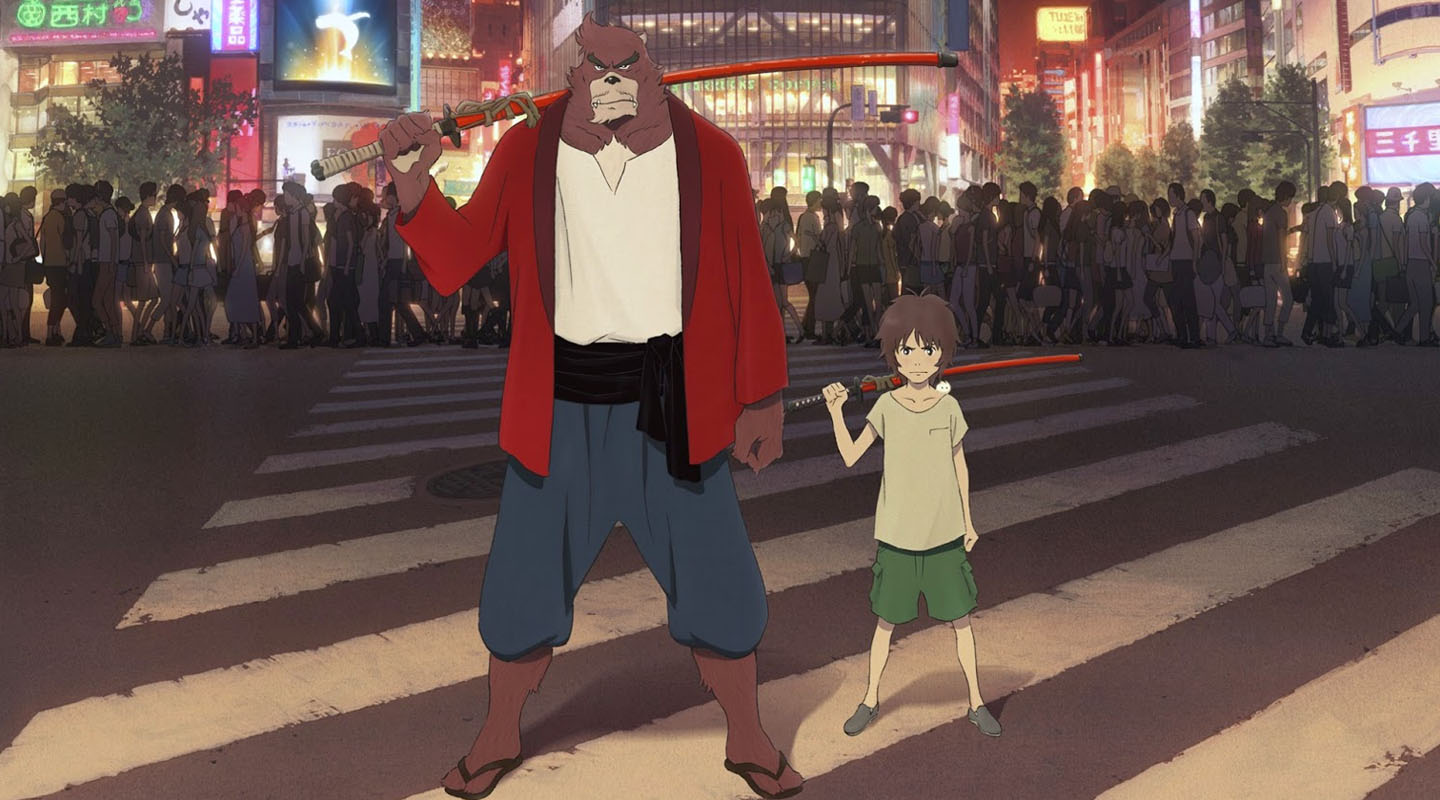 For those who are unfamiliar with Mamoru Hosoda and his work, he is an anime director and art director who is often called the “Hiyao Miyazaki of our generation.” His works include The Girl Who Leapt Through Time, Summer Wars, and Wolf Children. His movies are usually a bit sad but they always have a message entailed in the story and I was excited to learn what it might be in The Boy and the Beast. As we learned more of the story it became apparent that the message would be along the lines of fatherly roles and becoming the person you are meant to be.

The story follows a young boy named Ren who runs away from home after the death of his family. He is alone on the streets of Shibuya and is alone in the world. While sitting with his head down in despair and hopelessness he is approached by a two cloaked figures. The largest one grabs Ren’s chin in a large furry paw and makes him look up at him. Ren then sees the face of a bear beast and is first introduced to Kumatetsu. Kumatetsu comes from a world separate from ours that is inhabited by anthropomorphic beasts who, unlike humans, become gods later. The Lord of Jutengai, the largest of the Beast world cities, is on his path to become a god and a successor is to be found. The decision comes down to two beast, the noble and collected Iozen and the powerful but arrogant and unrefined Kumatetsu. The Lord tells Kumatetsu that he must have a pupil in order to learn more about being the lord so Kumatetsu goes to the human world to seek a pupil and finds Ren, who he re-names Kyuta. The two then must learn to cope with each other and learn from each other. 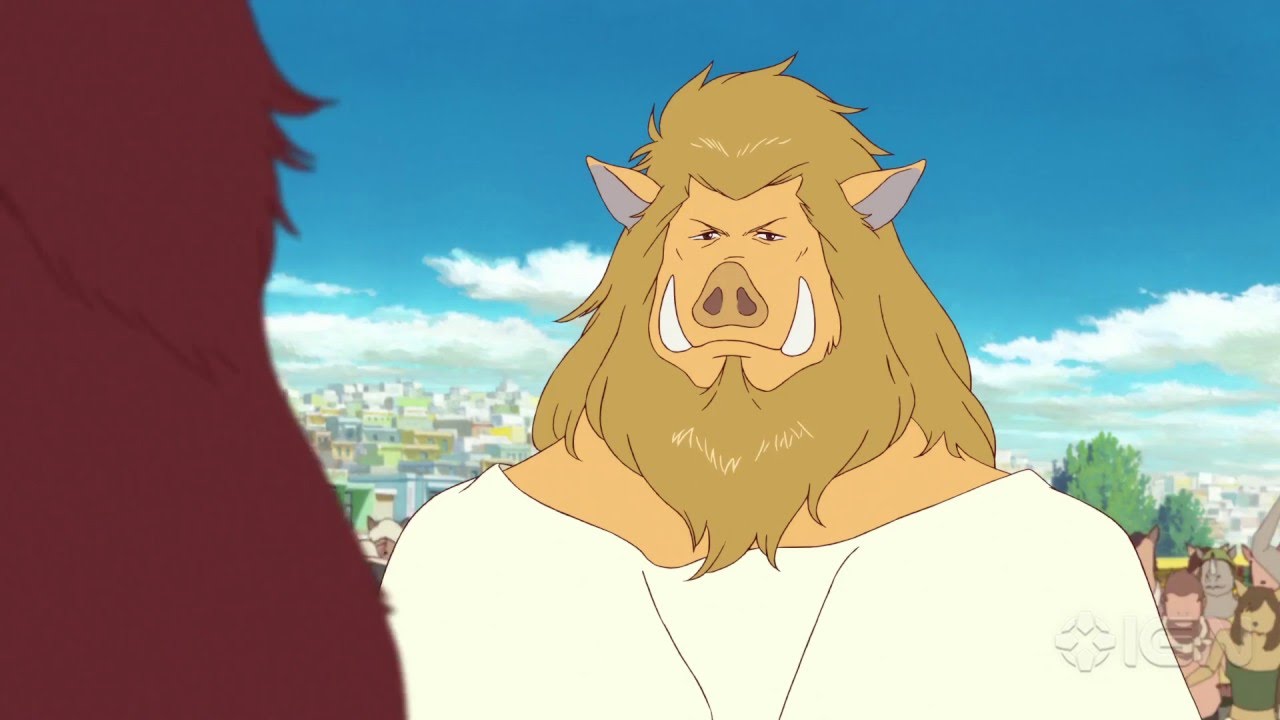 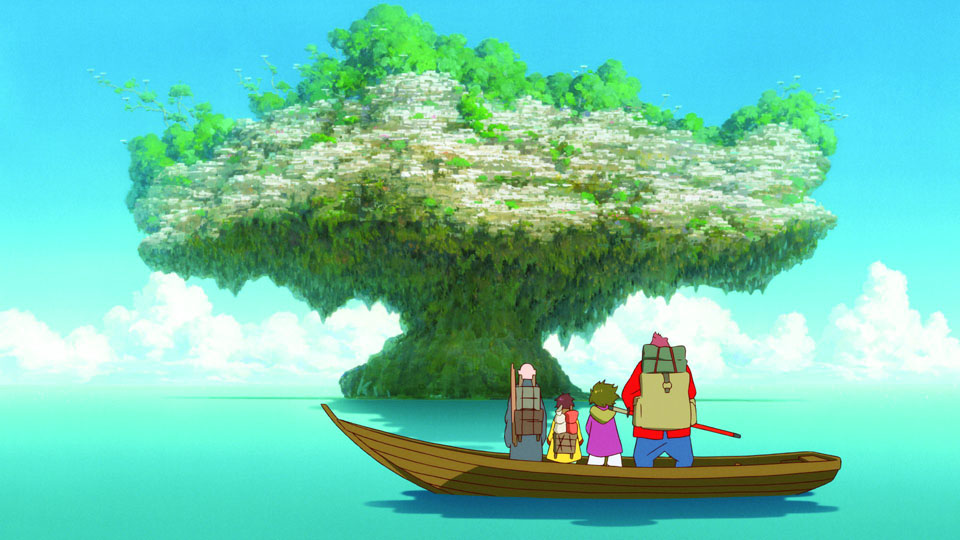 The animation is one of the best things about the movie. In the same vein as his other works, Hosoda uses a lot of bright colors that are very relaxing to watch. The art is also very beautiful and very fluid in it’s animation. All of the settings that are seen throughout the movie will leave you breathless. Hosoda definitely knows what he’s doing when it comes to the art and presentation of his movies.

Takagi Masakatsu is the brilliant mind behind the gorgeous soundtrack to the movie. He also was involved in the music for Hosoda’s previous work, Wolf Children. The soundtrack, in my opinion, is the most important aspect to this movie next to the story. Even long after watching, I listened to the soundtrack and was immediately overtaken with the same emotions I had when I saw it.  If you fall in love like I did with this movie, I highly recommend picking up the soundtrack as well. 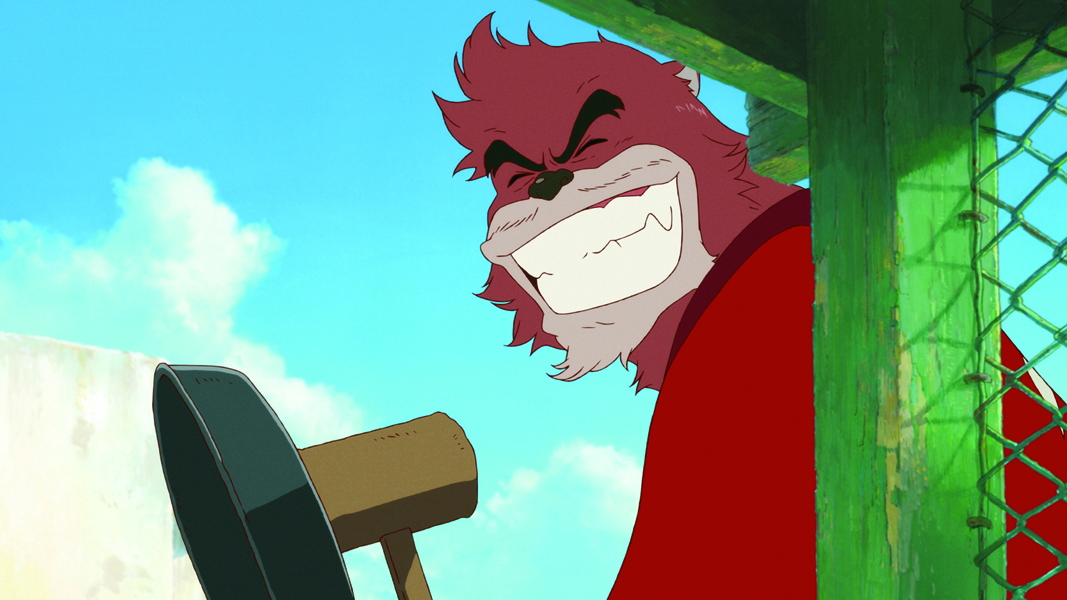 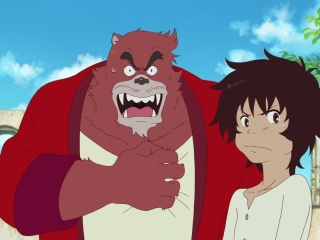 One thing I wish the movie had done is focus more on the relationship between Kyuta and Kumatetsu. At times it felt rushed with how fast their relationship was developing and it would have been nice if we could’ve really seen how they were growing and learning from each other. We get to see a lot of growth but it is shown in quick montages of scenes of Kyuta growing older and training with Kumatetsu. It was not quite adequate enough to really get a sense of how much these two have grown together to be, not only a master and pupil, but also a father and a son. That is where this movie shines: in that relationship.

The Boy and the Beast  is filled with great humour, breathtaking fight scenes, gorgeous music and heartwarming moments. There is certainly something for everyone to enjoy even if you are not into anime. It is a movie that is surely going to move you and make you a bit emotional. This was the first movie in quite sometime that make me break down in tears. That is a common theme in Hosoda movies to be sure. Be sure to see it at some point. You won’t be disappointed!