So you have already signed up to be a beta tester for Pokémon GO. What comes next?

Not a confirmation e-mail, as some would suppose. (So if you are freaking out because you never got an email, you can relax. Don’t worry nothing is wrong.) After you submit your email address associated with a Google account, there is no email immediately sent to you at that address. In fact, if you are not selected as a beta tester, you may never receive an email at all. One exception is if you marked the check-box on the application. (The check-box said something different if you submitted your application after the first day it was available.) One day after the sign-ups opened, Niantic changed the check-box to say something that was not seen in any of the previous beta sign-ups. The description of the box which can be checked reads, “If I don’t get into the Field Test, please notify me by email when Pokémon GO goes to public release.” The check-box previously read, “Please include me on your mailing list for news and updates related to Pokémon GO.” This new wording intrigued many of the people who have been watching the progress of this game closely, as it may suggest that they are changing their focus to a “public release” because we are now much closer to an actual public release rather than a continuous stream of field test expansions. If you checked this box, you will be among the first to know when the final app is actually going to come out.

So what are your odds of getting into the beta? Beta testers are chosen via a modified lottery. The official Niantic blog tells us, “Niantic will select users based on a variety of factors which may include OS types, experience in real world games and an element of luck.” As far as OS types, Niantic has explained that Android users get preference over iOS. (This Google-based company has always preferred to work with the Google-made Android operating system.) When they say “experience in real world games”, they are actually only considering your progress with Ingress, as explained in more detail below. And an “element of luck” is a little bit of an understatement. Getting chosen is mostly luck. Only about 200 field testers were chosen for the first wave in Japan. That was expanded to nearly 1000 a little over a week later. Some reports claim that there are currently around 3000 beta testers, after AUS/NZ were added. Seeing as the United States beta sign-up ended up trending on Facebook this time around, we can assume that Niantic has received a lot of applications. Even if they decide to pull on another 3000 beta testers for this expansion, you should consider yourself very lucky if you get in. Think of it more as a sweepstakes than an expectation.

If you are one of the lucky ones to get selected as a beta tester, you will know it when you receive an email from Niantic informing you that you have been chosen. This first email will provide details, and tell you to expect a second email. A second email is sent later that same day, which will contain everything that you actually need to download, install, and access the app. In previous field test expansions, these emails were sent out on the last Monday of the month. Some expect this pattern to continue, while others are skeptical that it will be the same this time around, as the last Monday of this month happens to be on Memorial Day. Some fear that Niantic employees will not have to come in to work due to the holiday, so the emails will not be sent out. But it is possible that Niantic employees will be at work anyway, or that they might even automate the mailing system. In any case, Niantic is currently preparing for a big event for Ingress called an “anomaly” on May 28th, so we expect them to focus on that until after it is completed. But no matter what happens, Niantic has stated that these emails will be sent out at some point before the end of the month.

You may also be wondering, “what was the deal with the questions about Ingress?” On the Official Pokémon GO Field Test Sign-Up Form, there are two optional fields where you can fill in your Ingress agent name and level. Pokémon GO is created by Niantic, Inc. who is best known for the game Ingress. Pokémon GO is heavily based off of Ingress, as it uses much of the same data and engine. Because of this, in earlier stages of the field test when it was limited only to Japan, Niantic made it clear that they were giving priority to Ingress agents who were familiar with this genre of game and could hence provide better feedback. Only Ingress Agents with a level of seven or higher were accepted into the beta. However, by the time the field test expanded to Australia/New Zealand, there were reports of people who had never even played Ingress being accepted into the beta. So it seems that being an Ingress player was no longer a requirement as of almost a month ago, and it is probably even less important now in the later stages of the field test. Although it still probably helps to be a higher-leveled Ingress player, don’t completely lose hope if you aren’t. 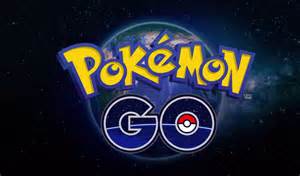 When Pokémon GO was first announced, I researched it and learned about Ingress, and immediately downloaded it. I played it for about a week and found it extremely addictive, and even ended up deleting it because it was sucking up way too much of my time. The game had me spending hours at a time walking around outside in the freezing cold, and it made me actually enjoy it. Over the past few weeks, with the weather getting nicer and schoolwork being less demanding, I have re-downloaded the game and begun playing more casually. I am now level 6 and I think that I’m starting to get the hang of things. Although it is too late for your Ingress game-play to increase your odds of getting accepted to the beta, I would still encourage you to download it if you are interested in Pokémon GO. Not only will Ingress give you a taste of what Pokémon GO will be like, and give you a leg up on the competition when the game is actually released. It is also a great way to meet people in your community that are interested in the same types of things, which is an aspect of the genre that is hugely important in Ingress and will also be important in Pokémon GO.

So, if you are asking yourself, “What, now?” The options are pretty much: “wait for the e-mail,” or “download Ingress.” (Alternatively, you can check out some awesome leaked gameplay here.)