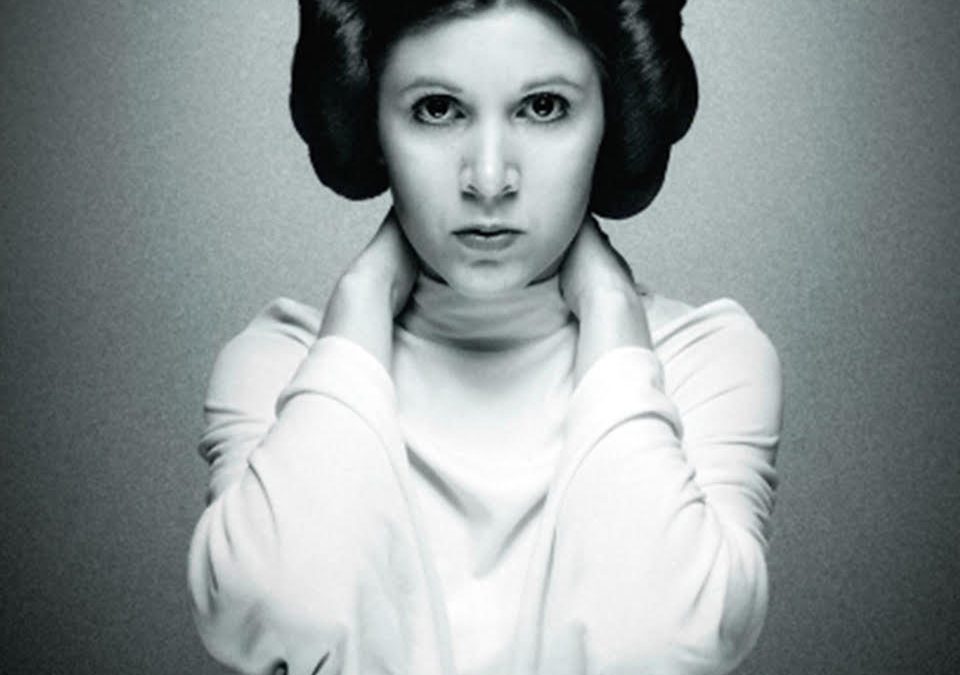 Remembering the iconic actor and writer. 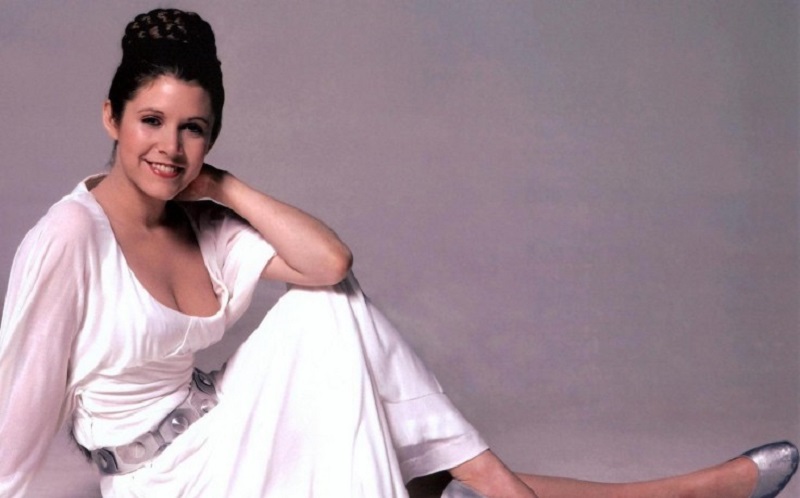 With a smile, with a blaster, with a pen, Carrie Fisher was magic. She was a gifted actor and talented writer. She was an original. We at Lucasfilm will always consider her family. Our princess, our general. And we are heartbroken that she has left us.

Just 19 when cast as Princess Leia Organa in George Lucas’ Star Wars (1977), Fisher, the daughter of singer Eddie Fisher and actress Debbie Reynolds, imbued the role with a rebellious confidence and stateliness. Fisher’s Leia was a leader, quick to pick up a blaster and take charge while the boys bickered. Not many actors can share the screen — and barbs — with Darth Vader one moment and Han Solo the next. Carrie could, and as a result, she created an icon that still inspires women and men some 40 years later. The term “strong female character” is thrown around a lot today in pop culture, but Carrie designed the blueprint.

Carrie would return to the role of Leia for The Empire Strikes Back (1980), delivering scene after memorable scene, particularly opposite Harrison Ford. Among the highlights was Carrie’s “Why, you stuck up, half-witted, scruffy-looking nerfherder!”– a brilliantly comedic zinger aimed at Han Solo that has become a pop culture mainstay. There was also her heartbreaking and classic “I love you” to Han, who answered with “I know” before being lowered into carbon freeze. It’s a sequence often deemed one of Star Wars’ greatest. Finally, in 1983, Carrie would close out the original trilogy with co-stars and friends Ford and Mark Hamill in Return of the Jedi. In the film, she donned a now infamous metal bikini as Jabba the Hutt’s prisoner, and further cemented her status as a classic movie heroine by choking Jabba with her own chains and leading the final rebel attack on Endor.

“Carrie and I have been friends most of our adult lives,” said George Lucas. “She was extremely smart; a talented actress, writer and comedienne with a very colorful personality that everyone loved. In Star Wars she was our great and powerful princess — feisty, wise and full of hope in a role that was more difficult than most people might think. My heart and prayers are with Billie, Debbie and all Carrie’s family, friends and fans. She will be missed by all.”

“Carrie holds such a special place in the hearts of everyone at Lucasfilm it is difficult to think of a world without her,” said Lucasfilm president Kathleen Kennedy. “She was Princess Leia to the world but a very special friend to all of us. She had an indomitable spirit, incredible wit, and a loving heart. Carrie also defined the female hero of our age over a generation ago. Her groundbreaking role as Princess Leia served as an inspiration of power and confidence for young girls everywhere. We will miss her dearly.”

Outside of Star Wars, Carrie gave memorable performances in The Blues Brothers (1980), Woody Allen’s Hannah and Her Sisters (1985), When Harry Met Sally (1989), and many more films and TV series.

But her gifts were not limited to the screen; Carrie also began a new phase of her career as a screenwriter and author in the 1980s. The semi-autobiographical 1987 novel Postcards from the Edge (later adapted into a movie starring Meryl Streep) and her one-woman show/2008 book Wishful Drinking were critically-acclaimed works, both acknowledging her struggles with depression and substance abuse. Diagnosed as Bipolar, she also became an unflinching mental-health advocate. “I outlasted my problems,” she once said. “I am mentally ill. I can say that. I am not ashamed of that. I survived that, I’m still surviving it, but bring it on. Better me than you.” Carrie also worked as a script doctor (often uncredited), and earlier this year released a new memoir, The Princess Diarist, once again filled with her wit and honesty.

“It’s never easy to lose such a vital, irreplaceable member of the family, but this is downright heartbreaking,” Mark Hamill said. “Carrie was one-of-a-kind who belonged to us all — whether she liked it or not. She was OUR Princess, damn it, and the actress who played her blurred into one gorgeous, fiercely independent and ferociously funny, take-charge woman who took our collective breath away. Determined and tough, but with a vulnerability that made you root for her and want her to succeed and be happy. She played such a crucial role in my professional and personal life, and both would have been far emptier without her. I am grateful for the laughter, the wisdom, the kindness, and even the bratty, self-indulgent crap my beloved space-twin gave me through the years. Thanks, Carrie. I love you.” 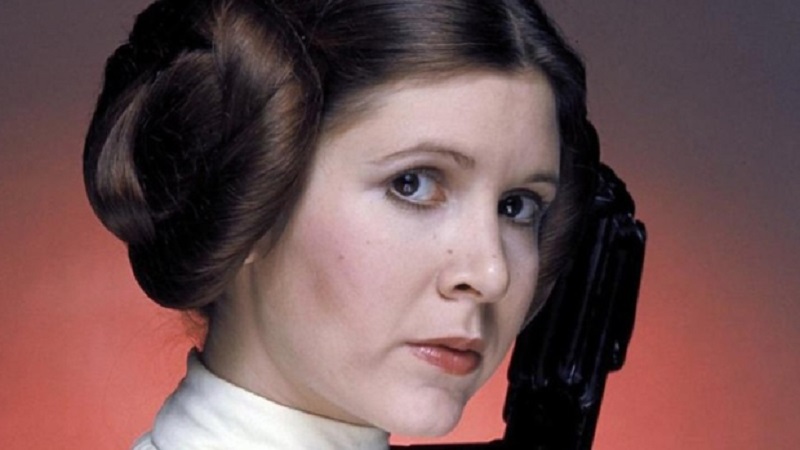 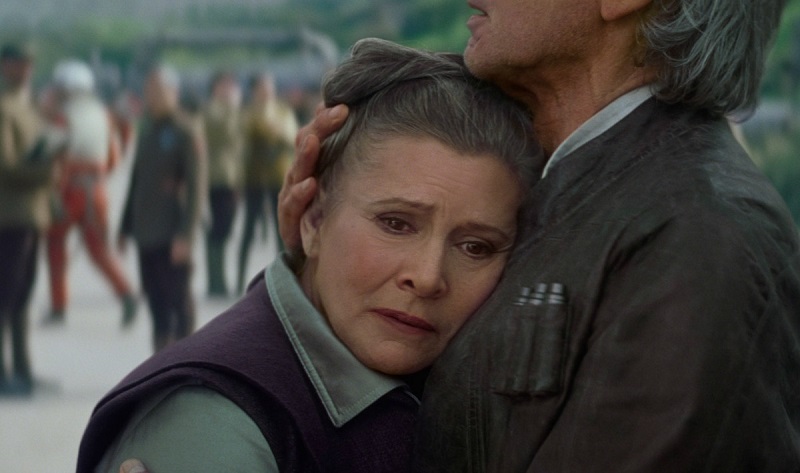 Bob Iger, chairman and CEO of The Walt Disney Company, said, “Carrie Fisher was one-of-a-kind, a true character who shared her talent and her truth with us all with her trademark wit and irreverence. Millions fell in love with her as the indomitable Princess Leia; she will always have a special place in the hearts of Star Wars fans as well as all of us who were lucky enough to know her personally. She will be sorely missed, and we join millions of fans and friends around the world who mourn her loss today.”

It seems fitting, then, that Carrie delivered the final line of The Force Awakens: “May the Force be with you.”

We love you, Carrie.