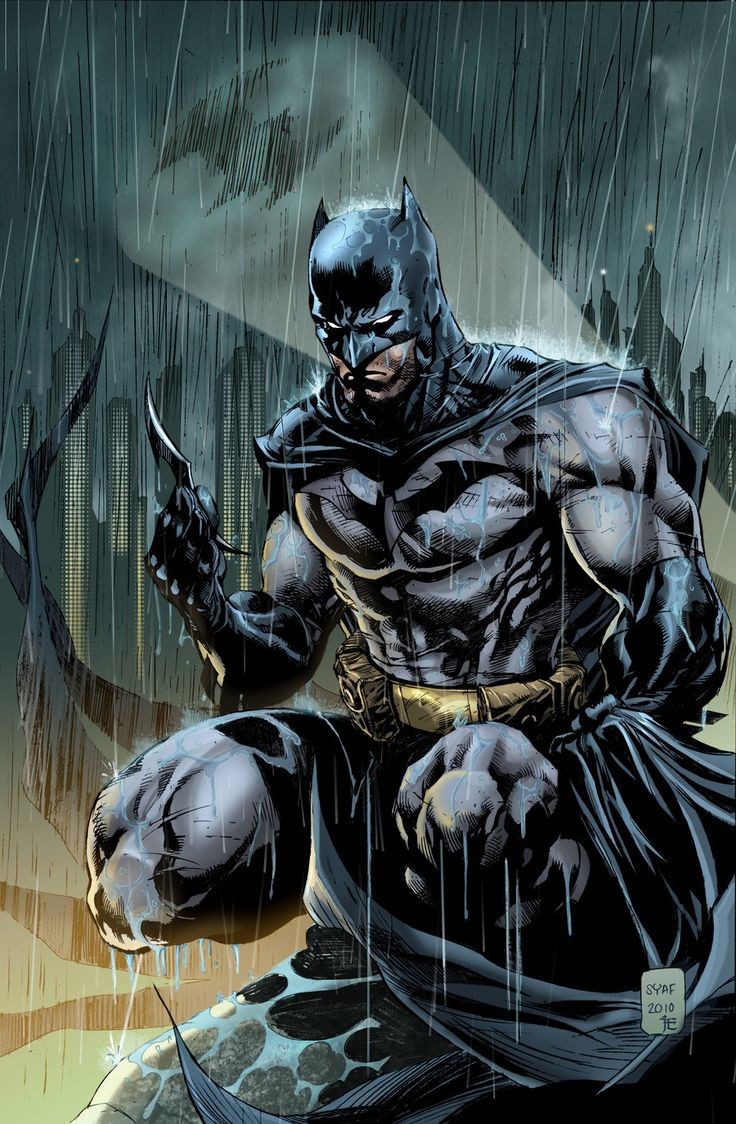 Bruce Wayne, son of the wealthy Thomas and Martha Wayne, grew up in Wayne Manor in Gotham City. At the age of eight Bruce and his family encountered tragedy were leaving the theater one night.  An armed assailant came out of the shadows demanding Thomas’ wallet and in particular Martha’s pearl necklace. With tension high the assailant shot Thomas and Martha brutally as Bruce stood by helpless. Bruce was raised by the family butler Alfred Pennyworth.

Bruce swore vengeance for the murder of his parents and began to train himself both mentally and physically to not let this happen to others. Wanting to strike fear into his enemies, much like he was fear-stricken the night his parents died, he adapted his costume to resemble his greatest fear. Bruce spent many years learning as many forms of martial arts as he could. At the present time it’s said he is a master of all known martial arts. With arguably the highest IQ in the DC universe Bruce has earned the title of “the world’s greatest detective.”

Bruce naturally has a hard time letting people in and even those closest to him say they don’t know everything about him or understand his motives all the time. While Bruce has never come out and said it, he thinks of Alfred as family and on multiple occasions when asked why he lets his servant talk to him like that he has said,” He isn’t a servant, he is a friend.” This personality trait along with his unique night life has made it almost impossible for him to maintain a serious romantic relationship with anyone.