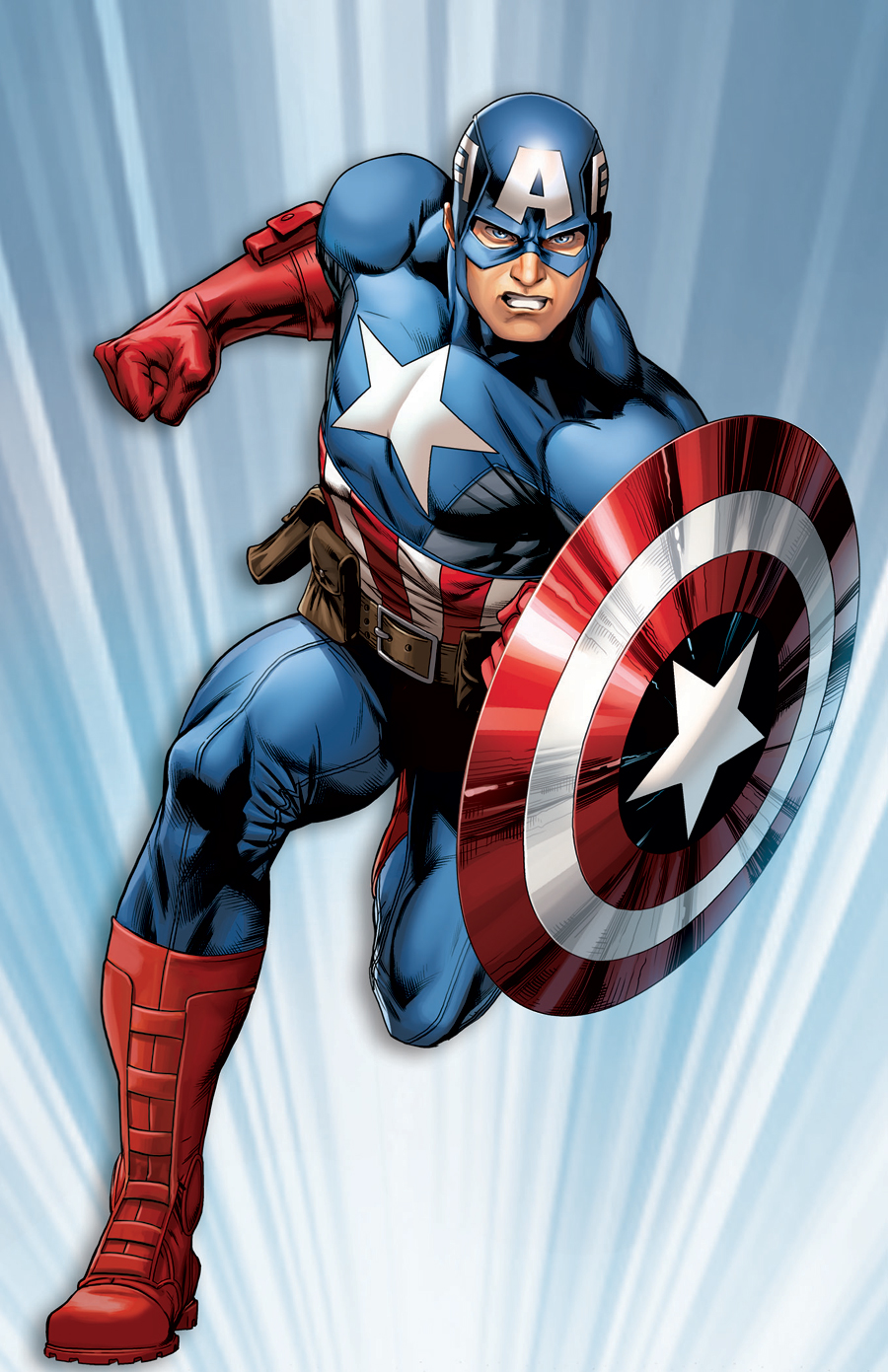 Steven “Steve” Rogers started off life as the sickly, asthmatic, son of poor Irish immigrants to the United States. When World War II broke out, Steve felt the overwhelming desire to enlist and help fight against the Nazi’s. The reason for this is, in his own words, due to him not liking bullies. Unfortunately, Steve was declared 4-F (unfit for service) due to his asthmatic and sickly disposition. After repeatedly attempting to enlist, he came to the attention of Dr. Abraham Erskine and was offered the opportunity to join Project: Rebirth. This project was designed to make Steve the first of many super soldiers for the American army. Unfortunately, Dr. Erskine was assassinated shortly after the successful completion of the project with Steve, taking the secrets of the Super Soldier Serum and process with him to the grave.

After taking the opportunity to save some captured Allied soldiers in WWII, Steve (now given a promotion and called Captain America) was put in charge of a special detachment of soldiers called the Howling Commandos. Some of these soldiers included later superheroes Nick Fury and James “Logan” Howlett (also known as Wolverine), and most notably Bucky Barnes the longtime friend of Steve. Throughout the course of the war, Cap and his troops fought against the many threats presented by the Nazi’s, but none were more dangerous than Johann Shmidt (the Red Skull). The Red Skull has many of the same powers and abilities that Sentinel of Liberty does, though absolutely none of the morals. Over the course of the war, the Red Skull became the single largest threat and adversary of Captain America. Unfortunately, during one of the confrontations with the organization that the Red Skull led, HYDRA, Cap’s friend Bucky was presumably killed. Shortly after this happened Cap went Missing In Action (MIA) and was presumed to have been killed, though not before largely dismantling HYDRA’s WWII operations.

Over 40 years passed before any signs of Captain America were found, when he was discovered to have been encased and frozen in ice. After thawing out, and living through the process due to his enhanced healing and longevity, from his cryogenic sleep Captain Rogers went right back to fighting the good fight. Since waking up he has continued to defend American liberty, and the “little guy.” In many ways he is the ultimate embodiment of the oath that is taken upon becoming an officer or enlisted member of the American Armed Forces, by being continuing to “support and defend the Constitution of the United States against all enemies, foreign and domestic.” This desire and strive to fulfill his oath has often made him appear to be the “moral” compass of any superhero group that he joined, such as The Avengers. However, this desire has also caused him to oftentimes come into conflict with those appointed over him when he has been given orders that he deems illegal or immoral.

Numerous times Steve Rogers has stepped down from active service as Captain America in favor of such friends and companions as Sam Wilson (Falcon) and his longtime friend Bucky Barns (The Winter Soldier) who as captured and brainwashed, and not killed as originally thought. Despite this, Steve has always answered his nations call, and returned time and again to serve the country that he loves so much.