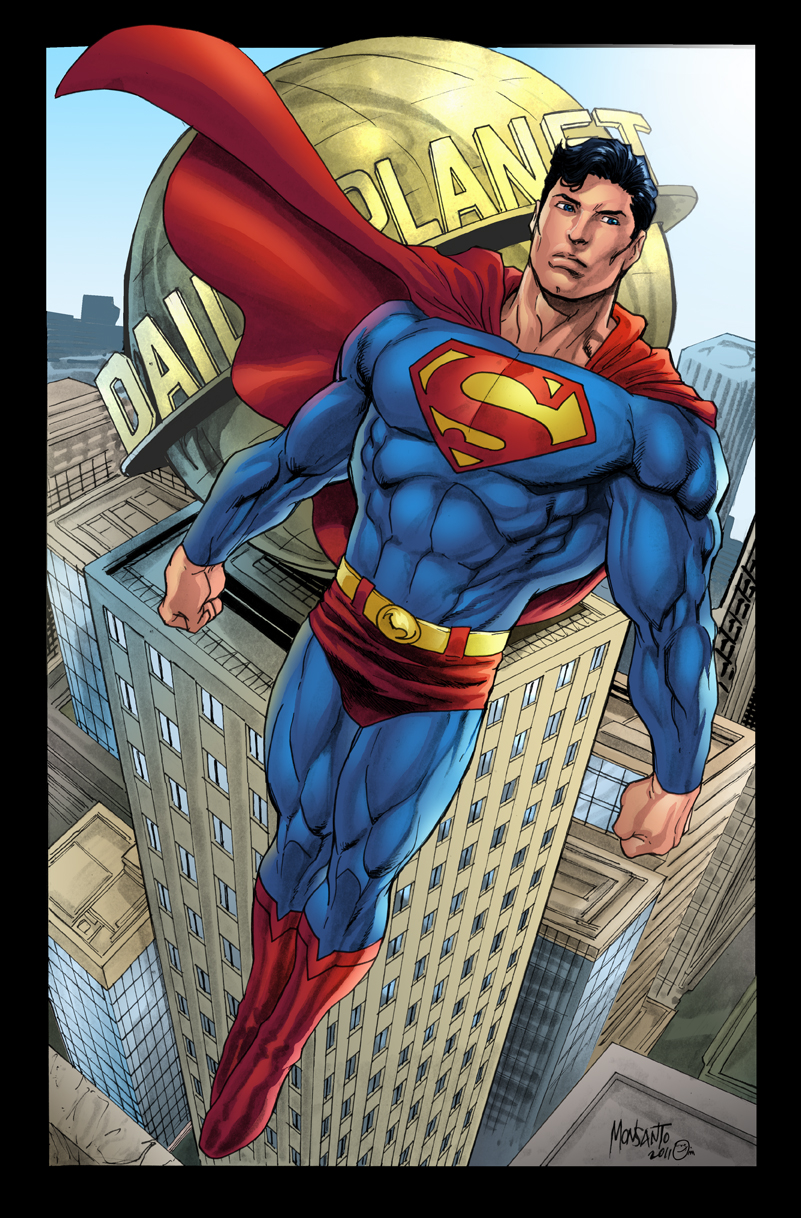 Kal-El is the last son of the planet Krypton, where as an infant his parents Lara and Jor-El knowing the planet was doomed to destruction loaded their son into a rocket and shot him into space as the planet was destroyed. Baby Kal-El ended up landing in the town of Smallville, Kansas where he crashed into the cornfield of Jonathan and Martha Kent.

The Kent’s were shocked to find out the meteor they thought had decimated their field was actually a rocket and to their greater astonishment had a baby boy inside. With no children of their own and a deep desire to raise a family Jon and Martha decide to raise the boy as their own. Giving him the name Clark the Kent’s raised him with a strict moral upbringing and strong work ethic.

While struggling to learn how to deal with his powers and how to fit in with society Clark had a strong desire to help the needy and moved to Metropolis so he could be where the action was. Taking a job at the daily planet as a reporter and wearing his signature black framed glasses he kept himself close to the action and whenever He was needed Superman was there. Superman developed a close relationship with Lois Lane a fellow reporter at the daily planet who for a large part of their relationship didn’t know that Clark and Superman were one and the same person. Later on they would end up falling in love and get married.

Superman’s powers come from the solar radiation he absorbs from the sun. His body metabolizes the radiation and fuels his many abilities. His heat vision is said to reach temperatures of the sun but this drains his power faster than any of his other abilities. He also can release all the stored up solar radiation he has in his body as a solar flare which renders him powerless for a full day after use. Superman’s strength is limitless, with one example being he pulled a planet around or he held a black hole in the palm of his hands. He is also able to fly faster than the speed of light and almost rival the Flash in speed. His heightened senses also allow him to hear in the vacuum of space and to see of incredible distances. His physical durability can withstand supernovas and in his greatest feat of durability he withstood a supernova of a red sun.