By now, most people who follow Comic Con news has at least heard mention of the Salt Lake Comic Con. The Salt Lake Comic Con is one of the fastest growing such conventions in the United States. When the first such event was launched back in 2013, there were “only” 72,000 attendees. That attendance was almost doubled in last year’s event (2015) with over 125,000 attendees. There has to be something to this many people coming and spending their time, money, and vacation days to go and take part in the fun.

So, I hope that you are ready for the next epic offering from the offices of Dan Farr and Bryan Brandenburg, since the early bird tickets are now on sale. While it may seem a little early (the event doesn’t actually kick off until September 1, 2016), this is actually the best possible time to get your tickets. The reason for this is rather simple; by getting them early you can receive a rather significant discount on what you pay. But just why would you want to go and spend a minimum of $42 for the basic multipass that is being offered now (be ready to pay $70 at the door if you don’t take advantage of the offer now)?

The simple answer is the sheer number of amazing people that come to the Comic Con, and I am not just speaking of the stars and guests that come to such venues. The following quotes are taken directly from the Official Salt Lake Comic Con website in regards to the fans themselves, who are often the exact people that can make or break events such as this.

I had the pleasure of speaking at the first Salt Lake Comic Con and the experience was excellent in every way. The most important part was having a large and enthusiastic audience to talk to and in that regard I was blown away.

Co-founder of the Xbox Project, former VP of Microsoft

Today at [Salt Lake Comic Con 2015], I was in a photo op with Chris [Evans] and a man got down on one knee and proposed with a ring to his girlfriend. It was one of the most moving and beautiful things I have been witness to.

Salt Lake was one of the best comic con experiences I’ve had.

You people have the greatest comic con in the world.

You can get your tickets now by visiting the official site of Salt Lake Comic Con. 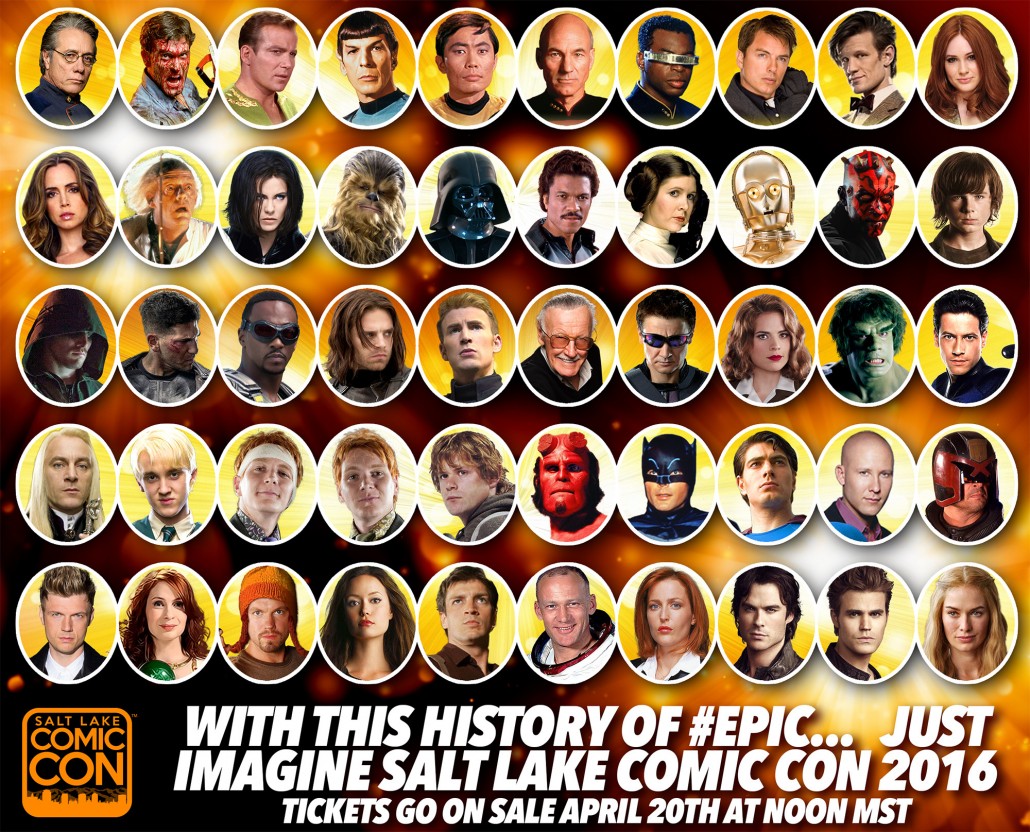