A Prediction on NX

I was a small child, four or five, when my parents unwittingly resigned me to a lifelong fate of nerd-hood and video-gamery.  I received my first game console, a Nintendo Entertainment System, as a birthday gift, and I have been a devoted fan of the company’s output ever since.  Over the course of the last three decades, I have watched what appears to be a fairly obvious cycle of activity take place, and I feel we are going to see said cycle repeat itself in the next year. 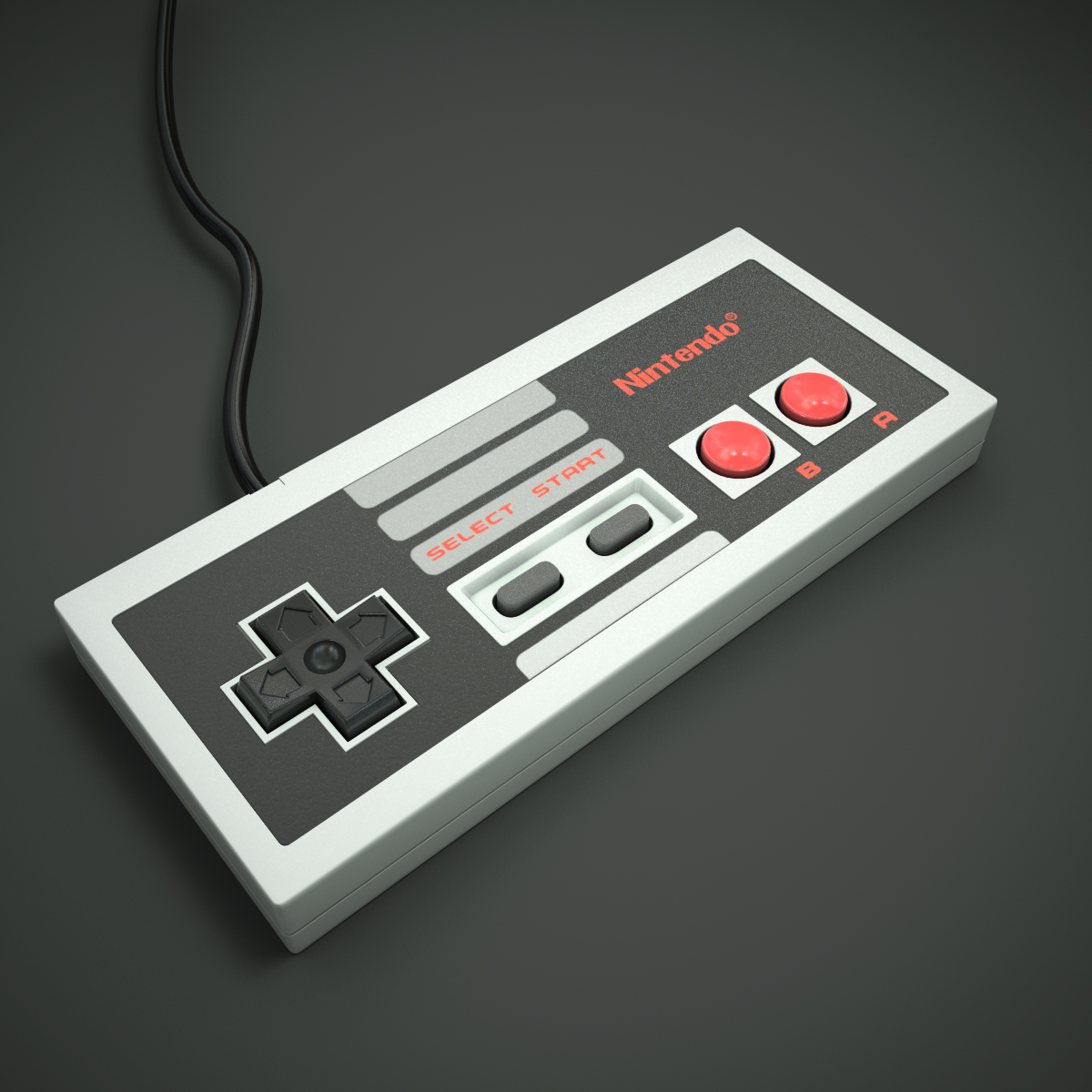 The Nintendo Cycle begins with the release of the Nintendo Entertainment System, a console hailed then and now as the savior of the early video games industry.  Following the industry crash wrought by Atari, the NES appeared to breathe life back into a bleeding market with Nintendo introducing a set of hardware that illustrated how to truly design a successful home console.  The NES controller was the first of its kind, utilizing a d-pad instead of a joystick, knobs, or some other strange apparatus.  When kids in the 80’s were going to a friend’s house to play video games, they went to “play Nintendo.”  The NES simply was the sum total of video gaming during the third generation of consoles.

The beginning of the 1990’s saw the release of the Super NES, Nintendo’s fourth generation console offering.  While the console is now looked back upon with fondness, at the time, the company watched half of its market share sacrificed to Sega with their 16-bit Genesis console.  Playgrounds across America became debate venues in the original “console war.”  The Nintendo fanboys touted better graphics and sound capabilities, while theSega fanatics trumpeted the bloodier fare of the Genesis, such as Mortal Kombat, and ridiculed Nintendo’s more colorful, cartoonish games like Earth Bound.  Owning a Super NES during the early 90’s meant you were a nerd, and this was before the term became a weird social badge of honor. 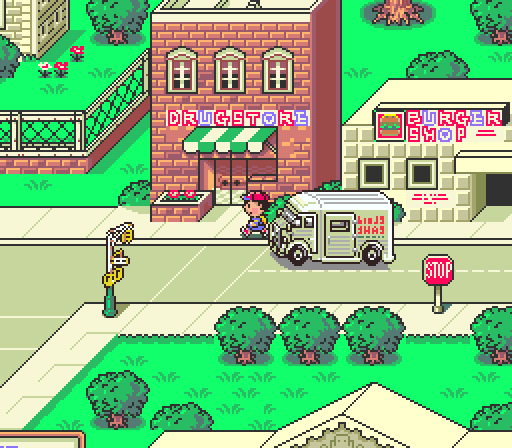 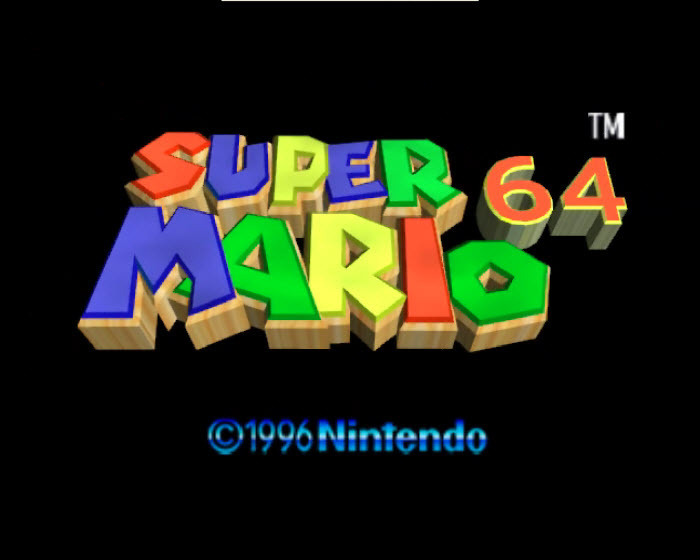 Five years later, the Nintendo 64 was released to the public, pitted against the already-foundering Sega Saturn, and the rising newcomer in Sony’s Playstation.  The N64launch introduced the world to Super Mario 64, an example in how to correctly design games in a 3D space.  No tank controls, no 2.5D nonsense.  It finally felt right; pure freedom.  The N64 controller brought with it the thumbstick, which has become a standard of gaming hardware ever since.  Even today, a quick browsing of any social media, particularly gaming-related sites, will reveal a trove of nostalgia and childhood-fueled memes about what a wonderful experience it was to own and play a Nintendo 64.  It has become a legendary console, receiving reverence on par with the NES.

In late 2001, Nintendo launched their entry into the sixth generation of consoles, the GameCube.  Pacing evenly against newcomer Microsoft and their Xbox console, the “purple lunchbox” eventually saw the gap widen as they finished the generation in dead last.  Over the course of the console’s five-year lifespan the term “kiddie” became the new rallying cry for opponents of the hardware.  Nintendo games were for children, the company just rehashed ideas incessantly, the console had no third-party support, and so on and so on.  It was the SNES days all over again, but to a much greater extent. 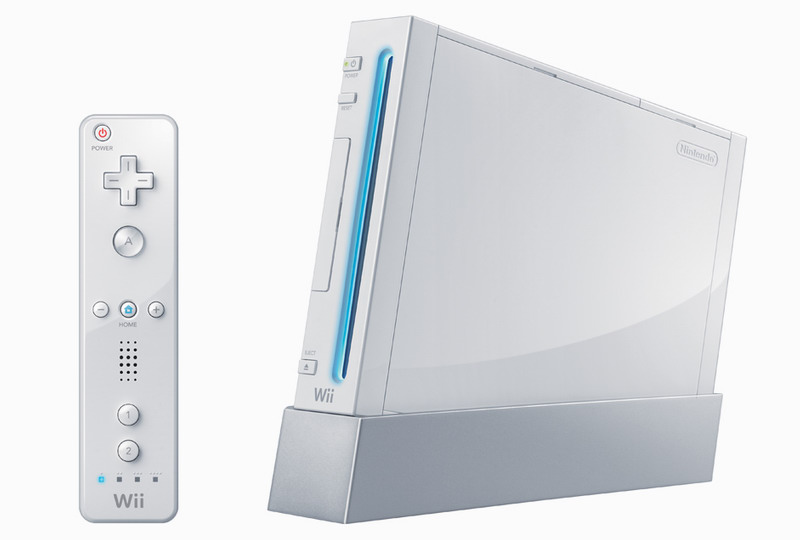 To compensate for this dismal performance, Nintendo moved forward claiming a goal to “revolutionize” video games with their follow-up to the Gamecube.  Dubbed theWii, the system launched in winter of 2006, and became the hot holiday item almost overnight.  Featuring an innovative new motion-based controller, Nintendo showed the public how games could reach out to and connect with the typically non-gaming masses.  To put it simply, the Wii was one of the most successful video game consoles of all time, selling over one-hundred million units worldwide as of 2012.  Everyone we knew owned one.

Which brings us to today, with the Wii U, Nintendo’s current eighth generation console of choice.  The Wii successor utilizes a motion-enabled, tablet-like controller called the Gamepad, the original intent of which was to establish even broader ways in which the gaming audience could be expanded.  However, this generation has been categorically Nintendo’s worst in terms of sales and general public reaction.  Third-party support has dried up almost entirely, all but the hardcore fans shunning the machine wholesale.  Even Nintendo is looking to abandon ship, planning the release of the Wii U’s successor a mere four years into the console’s lifespan. 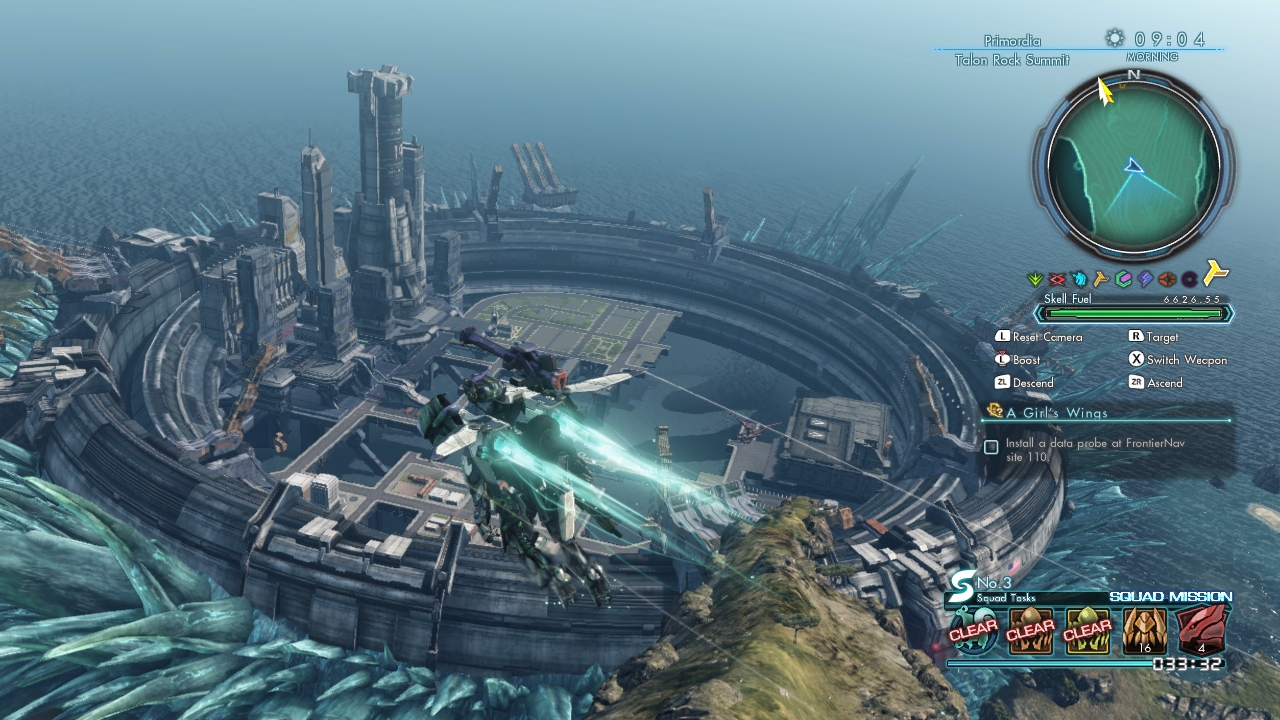 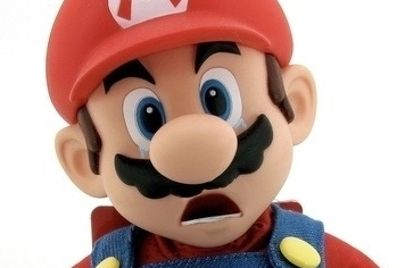 The simple fact is that, clearly, the public expects and desires innovation from Nintendo, and reacts with disappointment or anger if what they get instead is evolution rather than revolution.  In the instances of Nintendo’s odd-generation consoles, the NES, N64 and Wii, they were popular platforms praised for innovating and introducing new features into the gaming arena.  In the even-numbered generations, Nintendo’s reception by the public went from embattled-but-positive, to tepid, to outright loathsome.

The dividing line can be difficult to distinguish.  The main difference I can see between the odd and even offerings is that in odd generations, Nintendo introduces a new concept that people get excited over.  In even numbered generations, Nintendo consoles tend to evolve and perfect the concept introduced in the previous generation.  Look at the NES and SNES.  The former offered the first true standard for a controller, and while the latter didn’t reinvent anything, it perfected the design.  The N64brought about true 3D gaming and offered the first successful iteration of a thumbstick on a controller.  The GameCube polished and perfected the 3D presentation and concept, and redesigned the controller to a more comfortable, more traditional model.  The same applies to the Wii and Wii U, introducing motion controls, and then expanding those concepts to more than just pointing and waggle.  We see, over and over again, a repeating pattern of innovation followed by polishing, revolution followed by evolution.  We continue to see the former adored by the public, while the latter becomes increasingly more and more hated. 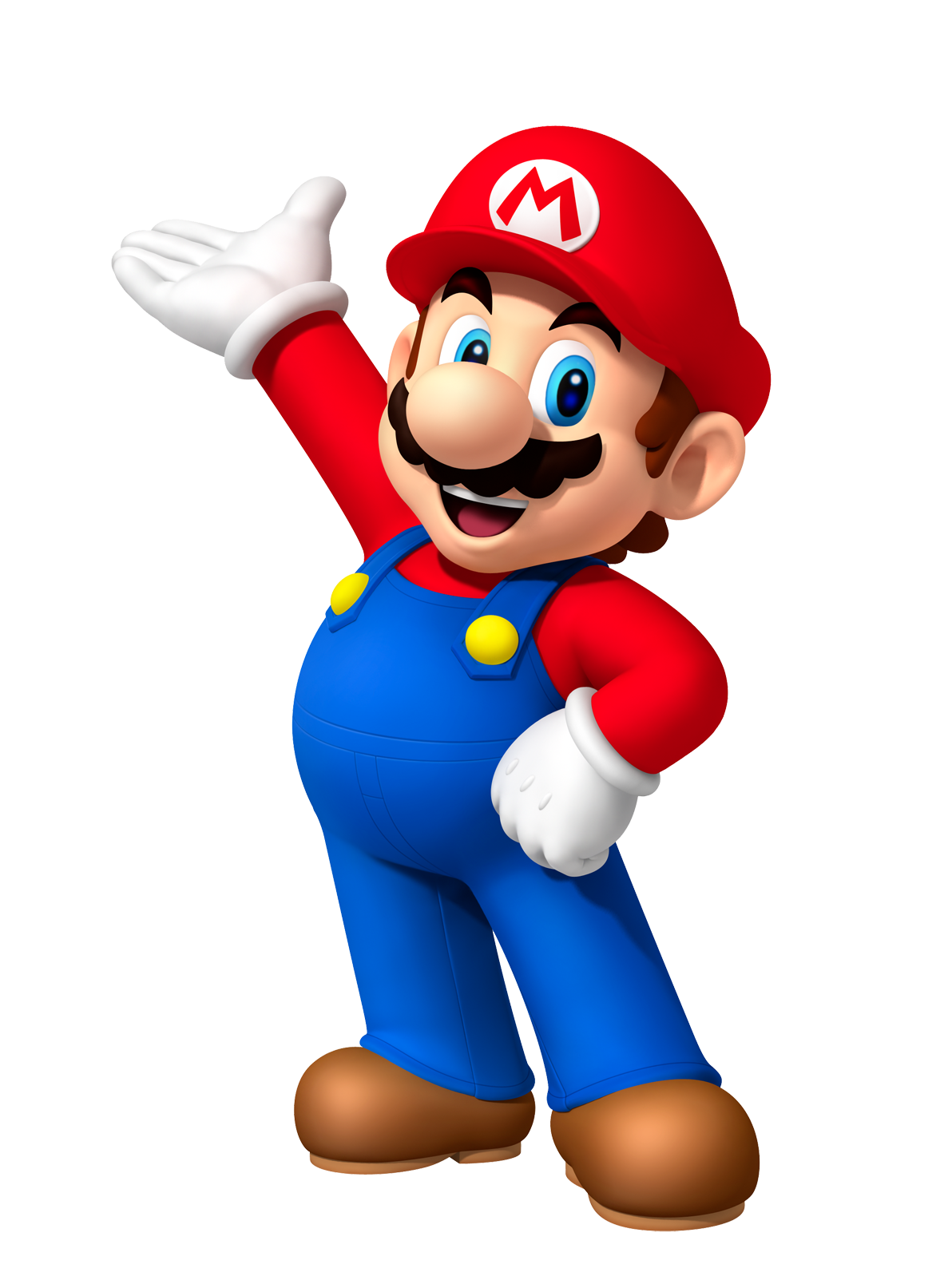 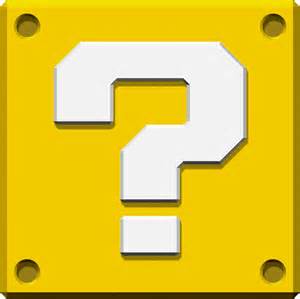 This begs the question: why?  What is it about the consumerist mindset that desires consistency and evolution in most things, but demands constant innovation and freshness in others?  Why do we largely desire each new version of Windows to be primarily the same as the ones that preceded it, but we expect brand new shiny toys from Apple?  It’s a conundrum I can’t quite get my brain around.

All of this brings us to the giant blank space that is the NX, the code-named, largely unknown entity that isNintendo’s upcoming games hardware.  This platform will, essentially, fall into a weird space between the eighth and ninth generations of video game consoles, and as such can be difficult to pin down, even when taking my theoretical cycle into account.  Will the NX bring revolution or evolution to bear?  Will the console be the hybrid platform that so many have theorized?  Will it be Nintendo’s officially entry into the iPad/tablet/smart device arena?  Will it be a banana that plays Tetris on its peel?  Nobody knows!

For me personally, I’m expecting nature to follow its typical course.  The NX reveal will cause a massive stirring of chaotic opinion and backlash.  Pundits will cry “why can’t they just make a normal console” while the fans scream “give it a chance!”  The name will be odd and cause a great deal of jokery and rib-poking online.  The primary functionality of the machine will be decried as a gimmick by some, but ingenious by others.  Ultimately, this will culminate in the NX becoming the hot-button topic in the gaming world, and everyone will need to own one.  I firmly believe that the NX will be a success, at the very least in generating interest and media focus, if not being a full-blown sales giant.  I have to stress here, I’m not coming into this from the perspective of a hopeless fanboy who just wants to see his favorite videogame company succeed.  I’m approaching this situation from the perspective of someone who has watched this scenario play out time and again over the last three decades.  I simply see this outcome as history repeating itself, as it normally does. 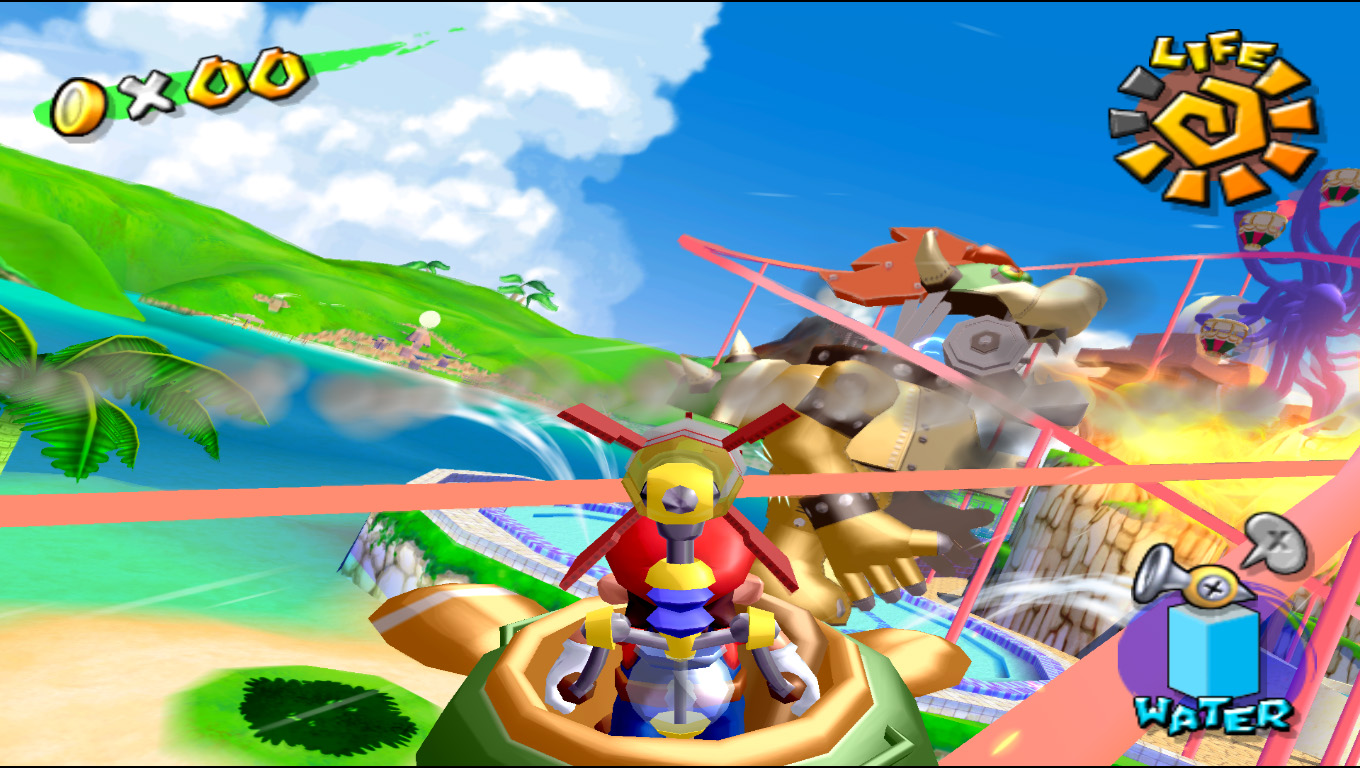 Either way, I’m quite intrigued to learn the truth behind this mysterious new device.  It’s always an exciting and weirdly confusing moment to see a Nintendo unveiling.  At the very least, it will have people talking.  At this point, maybe that’s what Nintendo needs the most?