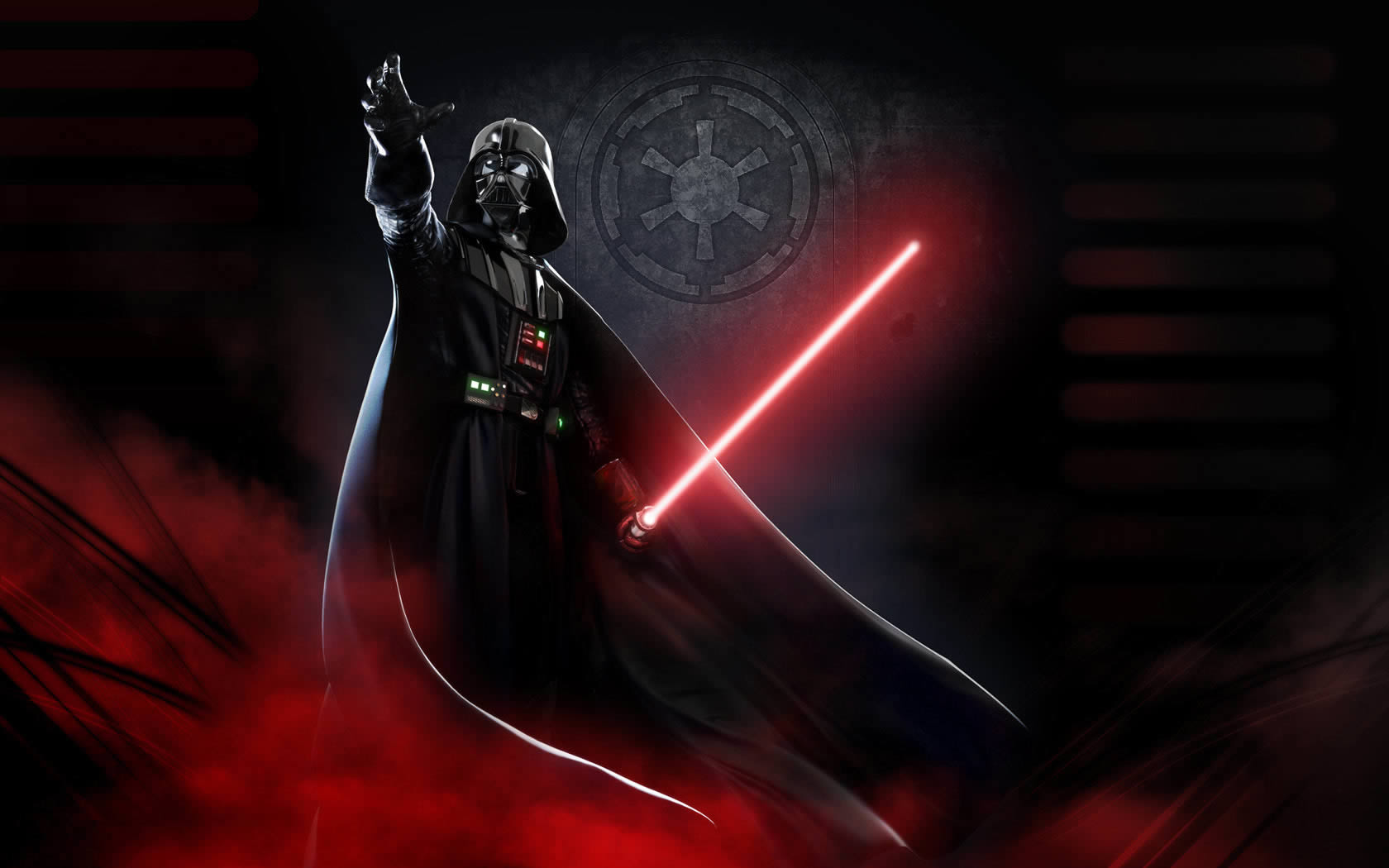 Anakin Skywalker was born on Tatooine into slavery, his mother being a virgin. While growing up he found that he was a very good pilot and on top of that he excels with repairing and even building machines and robots, such as a robot named C3PO that he built. Anakin was also a podracer while on Tatooine (a sport that most thought a human couldn’t do because of lacking reflexes). Anakin was first discovered to be force sensitive when Qui Gon Jinn and Obi Wan Kenobi became stranded on Tatooine due to a hyperdrive malfunction. Qui Gon discovered that Anakin was not only force sensitive while on Tatooine, but he also fit the prophecy for the chosen one that would bring balance to the force. Anakin then helped him to get the money to replace the hyperdrive on his ship, in return Qui Gon brought Anakin with him back to the Jedi Temple in order to be trained in the ways of the force.

At first the Jedi Council refused to have Anakin trained in the force, as he was older than the typical age that one would start training. However shortly after the death of Qui Gon Obi Wan began the training of Anakin. Anakin caught on quickly and was becoming powerful. Anakin also married Padme Amidala shortly after a protection mission, however being a Jedi at the time means that you are to have no romantic relations, therefore you are not allowed to be married, because of this his marriage was kept secret. Throughout the clone wars Anakin slowly began to become less in line with the beliefs of the Jedi, to the extent that he massacred an entire village of sand people when they killed his mother. Anakin had a vision that his wife Padme (who was pregnant at the time) would die during childbirth, in a desperate attempt to save her life he took counsel from Chancellor Palpatine, who unknown to Anakin was a Sith Lord. Palpatine told Anakin of Darth Plagueis (Palpatine’s old master) who had such control of the force that he could keep his loved ones from dying.

Soon after hearing of Darth Plagueis Anakin discovered that Chancellor Palpatine is a sith lord. He then went to Mace Windu to inform him as such. Mace then went to apprehend the chancellor with a group of Jedi (not including Anakin). After waiting for a short time in the council chambers Anakin decided to follow Mace Windu, when he arrived he found that all of the Jedi that came with Mace were dead and Palpatine was unarmed and injured while laying on the ground. Just before Mace dealt the final blow Anakin attacked him and killed Mace Windu. Palpatine made Anakin his apprentice and he became Darth Vader, his first act was to take his portion of the clone army and sack the Jedi Temple. While that was happening the rest of the clone army was ordered by Palpatine to kill all of the Jedi, a scarce few survived only to be hunted by the clones. Later Anakin and Obi Wan faced off on the lava planet of Mustafar, where the aftermath of the fight left Anakin on fire with no legs and only one arm (which was robotic). Obi Wan then took Padme (who had been choked out earlier) to a nearby friendly system where they tried to save her, however they could only save the babies (Padme was having twins). One of the twins was given to the Organa family while the other was given to Anakin’s remaining family. The twin that was given to Anakin’s family became a Jedi and became Darth Vader’s arch enemy. While Obi Wan was taking care of that, Palpatine found Anakin and saved his life, however his bodily damage insured that all of his limbs were robotic and made Anakin now have to wear his suit (which has life support systems) everywhere.

Side by side with Palpatine, Vader ruled the galaxy. While Palpatine was the mastermind Vader was the fist that kept everyone in line and insured the Empires success. Unmatched in combat or skill Vader continued hunting the remnants of the Jedi Order, while also hunting down the remaining resistance members. Years later Darth Vader’s son Luke was noticed by both Vader and the Emperor. When they finally met Luke was unaware of the relationship he had with one of the Sith Lords, and Vader unsuccessfully attempted to have Luke join him and rule the galaxy together. For nearly the rest of Vader’s life Luke would be his arch enemy.