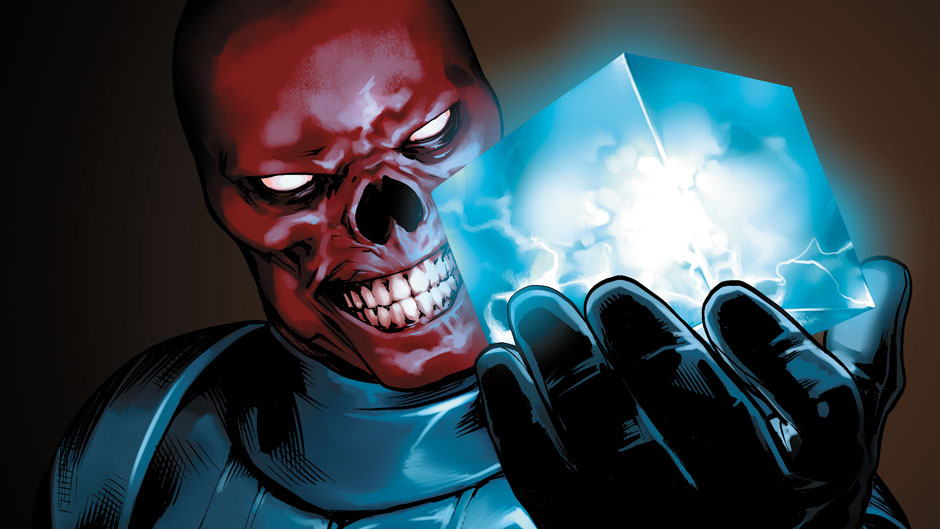 The villain that would become the Red Skull started off life as Johann Shmidt, born to Hermann and Martha Shmidt. Young Johann was born in blood and pain shortly after his mother was forced into early labor and dying due to the abuse she sustained from Hermann. Due to grief that Hermann felt over having killed his “saintly” wife, he took his own life, leaving the now orphaned Johann to grow up in an orphanage. When Johann was seven years old, he ran away from the orphanage, making his living as a beggar and thief. Eventually, when he was a young man, Johann was taken in by a Jewish shopkeeper and given a job. Over time Johann developed feelings for the young daughter, named Esther, and he tried to force himself upon her. Esther refused his advances, and Johann flew into a literally murderous rage, killed Esther, and ran away.

Shortly after this, he came into contact with Adolf Hitler when Johann as working at hotel that was visited by the dictator. Over the course of a brief conversation, Hitler decided to take young Johann under his wing, and guide him into becoming the “perfect Nazi.” Depending on who you ask, Shmidt either went through personal training developed by Hitler, or more likely, was subjected to an early version of Project: Rebirth conducted by Dr. Abraham Erskine under extreme pressure from the dictator of Germany. Due to some complications from the untested process Johann was disfigured and his face ended up looking like a red colored skull, resulting in his new moniker “The Red Skull.” Upon the “successful” completion of his training, the Red Skull became the right hand man of Hitler, and started a research division that was helpful in creating many new technologies and strategies that helped further the Reich’s goals.

Over the course of the war years, the Red Skull came in to repeated conflict with Captain America, and his allies. Due to Captain America thwarting so many of his plans, and helping to stop the advance of Nazi Germany, Red Skull has come to hold a deep and abiding hatred for Cap. This hatred has come to be so strong that one of the main goals that Red Skull has in his many lives is to not only destroy Cap physically, but to also destroy his reputation so that he will be reviled throughout history. Shortly before Cap disappears near the end of World War II, the Red Skull also disappears. This could be due to him having fallen victim to the Cosmic Cube, or going into hiding with the fall of the Third Reich.

Whether it is acting on his own, or as the leader of HYDRA, Red Skull has repeatedly shown up again and again over the years…more so as Captain America has reappeared. Johann has been reborn both through the power of the Cosmic Cube, through cloning, and through the robotic genius of Armin Zola. No matter how many times it appears that Red Skull has been defeated, you can never count him out since he simply doesn’t know the meaning of the word “enough.”