San Francisco, CA, October 11, 2016 – VIZ Media, LLC (VIZ Media),a premier company in the fields of publishing, animation distribution, and global entertainment licensing, serves readers a fresh dose of dark thrills with the release of TOKYO GHOUL: DAYS, the first in a new line of novels inspired by the smash hit manga series created bySui Ishida.
TOKYO GHOUL: DAYS is set to debut on October 18th under the VIZ Signature imprint. The title—a collection of linked short stories—will be released in print with an MSRP of $12.99 U.S. / $17.99 CAN. It will be available digitally for $8.99 from VIZManga.com and the VIZ Manga App and worldwide from the Nook, Kobo, Kindle, iBooks, and GooglePlay stores. Future volumes in the ongoingTOKYO GHOUL novel series will be published quarterly.
In the book,many conflicts and incidents arise involving the clientele of the café Anteiku, where Ghouls gather. Yoshimura, the café’s owner, is watching a certain someone. What sort of darkness will that person bring between those who hunt and those who are hunted?
“The TOKYO GHOUL manga series has become a fan-favorite with its unique blend of visceral action and teen angst. The first title in the new spin-off series of prose stories dives further into the surreal world of TOKYO GHOUL as it explores the rituals, lives and backgrounds of the main characters, their motivations and their own dark secrets,” says Nick Mamatas, Editor.
Manga creator Sui Ishida was born in Fukuoka, Japan. He is the author of TOKYO GHOUL and several TOKYO GHOUL one-shots, including one that won him the Young Jump 113th Grand Prix award in 2010. TOKYO GHOUL began serialization in Weekly Young Jump in 2011 and was adapted into an anime series in 2014.
For additional information on TOKYO GHOUL and other manga and anime titles published by VIZ Media, please visit www.VIZ.com. 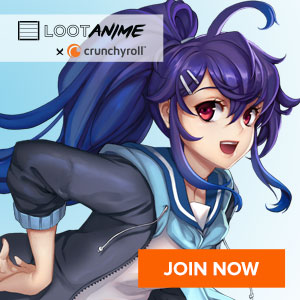 About VIZ Media, LLC
Established in 1986, VIZ Media is the premier company in the field of publishing, animation distribution, and global entertainment licensing. Along with its popular digital magazine WEEKLY SHONEN JUMP and blockbuster properties like NARUTO, DRAGON BALL, SAILOR MOON, and POKÉMON, VIZ Media offers an extensive library of titles and original content in a wide variety of book and video formats, as well as through official licensed merchandise. Owned by three of Japan’s largest publishing and entertainment companies, Shueisha Inc., Shogakukan Inc., and Shogakukan-Shueisha Productions, Co., Ltd., VIZ Media is dedicated to bringing the best titles for English-speaking audiences worldwide.
Learn more about VIZ Media and its properties at www.VIZ.com.