Why is Voldemort Such a Good Villain

In the Harry Potter series the “bad guy” is always Voldemort as he is slowly trying to regain his former power and attempt to take over the world (or England) again. The biggest question is, why does Voldemort make such a good villain? 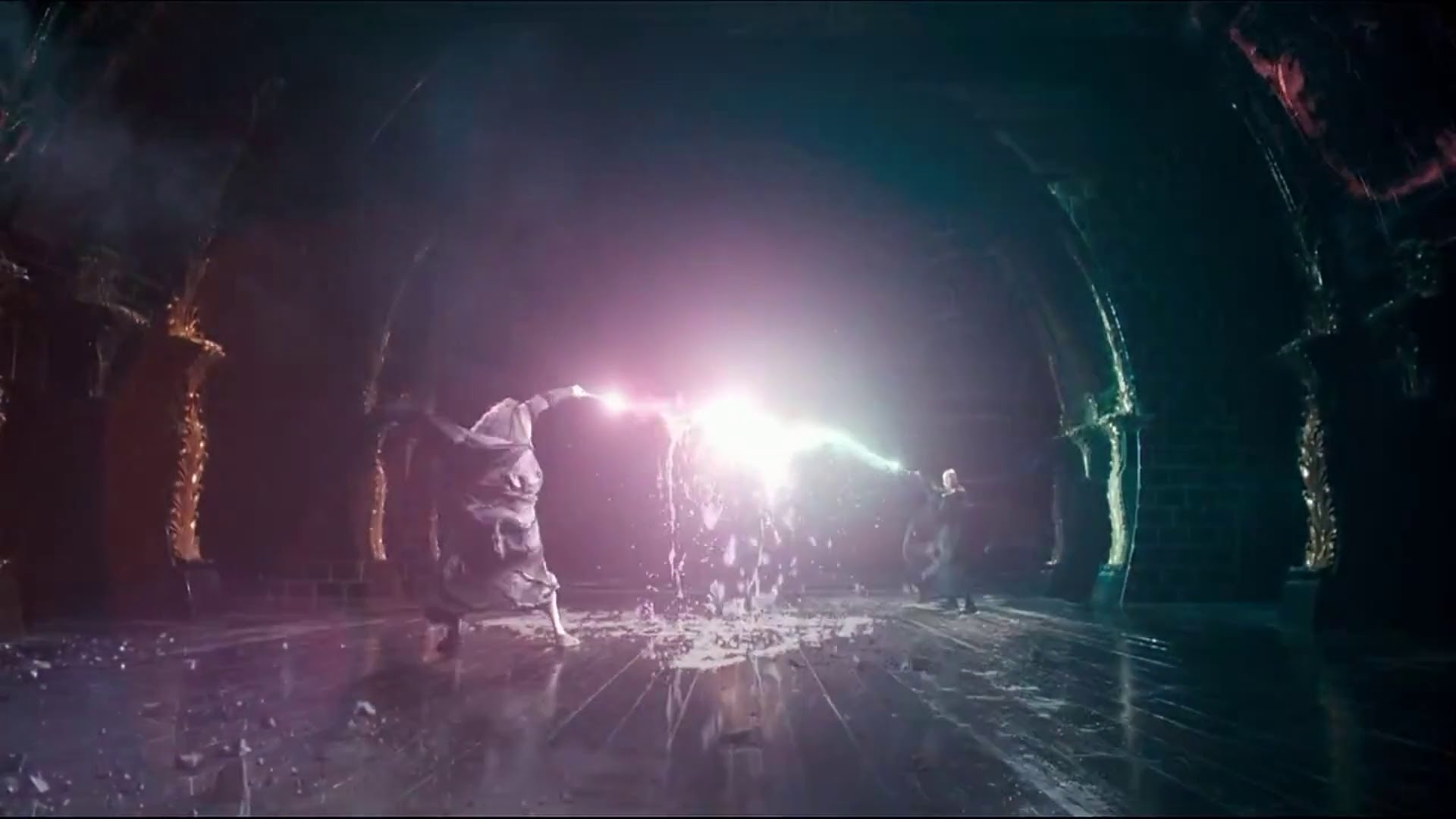 There are quite a few reasons that he does make a good villain, firstly I wanted to talk about how powerful he is. Voldemort is arguably the most powerful wizard to date, how else would he be able to fight off and go toe to toe with Dumbledore while Dumbledore had the elder wand. Later while attacking Hogwarts Voldemort was also able to cause significant damage to the shield that was placed around the school, while his entire army was unable to destroy said shield. On top of all these other abilities Voldemort was also a natural leader as he was able to amass an army more powerful than the Ministry of Magic could contend with. While having all of these strengths, Voldemort has one fatal flaw. Voldemort is unable to feel love and therefore cannot contend with the very magic that Harry Potter’s mother Lily had used to save his life. According to Dumbledore love is one of the most if not the most powerful magic.

When Voldemort was a child he was known as Tom Riddle, and he was an orphan. Dumbledore came to him and brought him to Hogwarts which is where he would be trained in magic. Tom was an excellent student and while he was in school he became the powerful wizard to later be known as Lord Voldemort. While still in school however, Tom pieced together information about horcruxes using both the forbidden section of the library and manipulating one of his teachers into giving him more information. In his first rise to power Voldemort used what he knew about horcruxes and made himself seven of them which effectively made him nearly immortal. These horcruxes are the very reason that he was not killed when his own spell rebounded off of Harry and hit Voldemort. 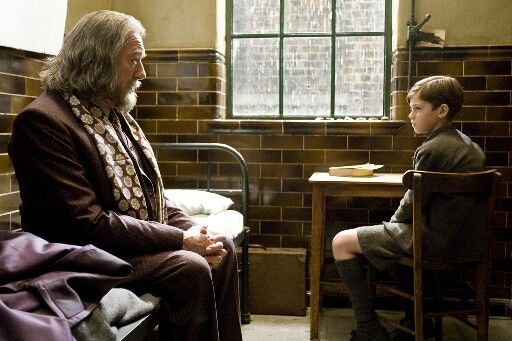 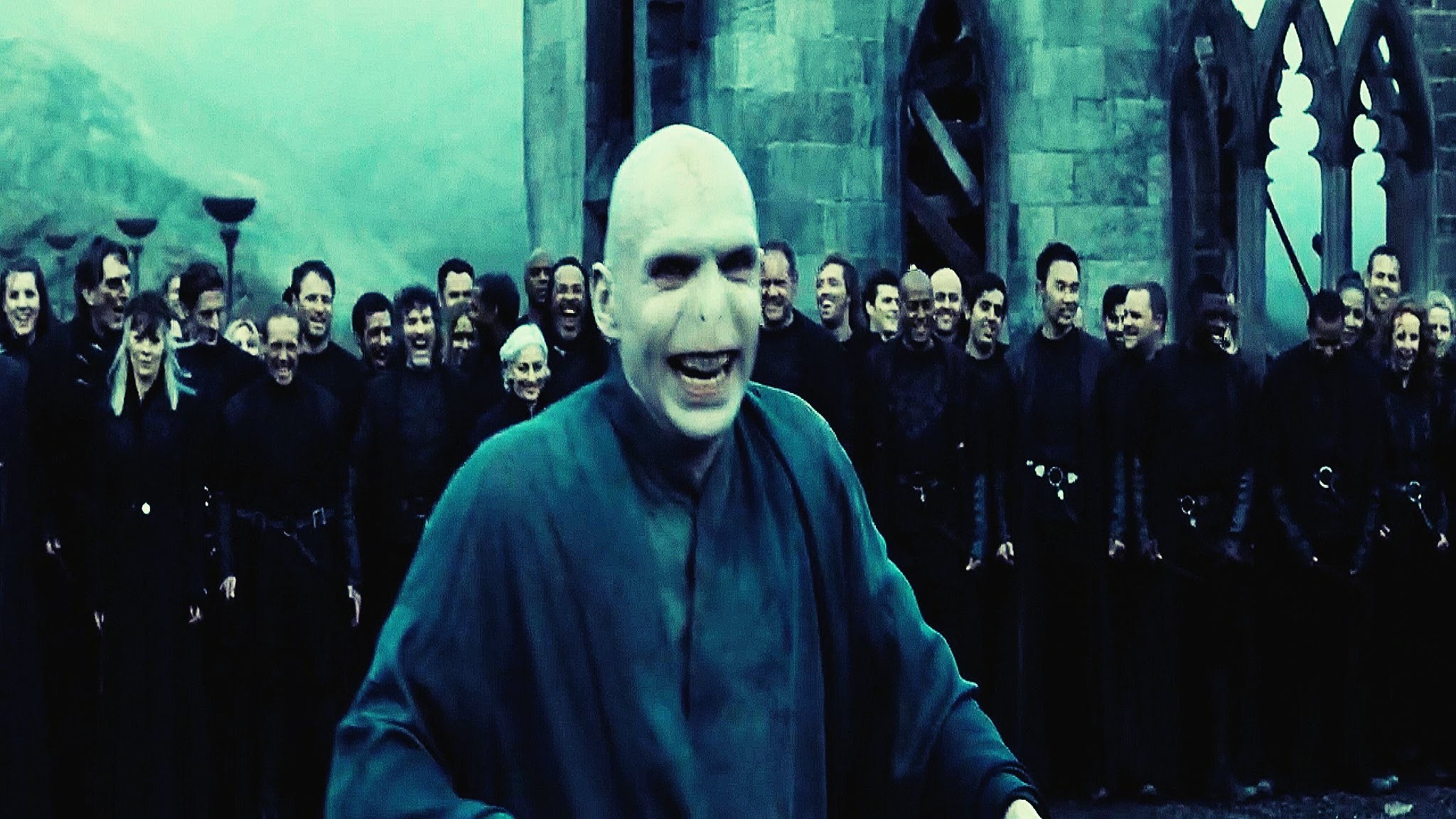 As far as motivation to conquer the world, Voldemort has a few different reasons. First and foremost is that he loves to be in power, Voldemort wants to control everything and (as seen with his followers known as the Death Eaters) Voldemort wants strict and unquestioning loyalty from his followers, to a level that almost rises to religious fervor. In addition to that He-Who-Must-Not-Be-Named seems to think that he is the only rightful leader of the world, and that he deserves control of everything. Voldemort also wants only pure blooded wizards to live within his society, the reason why this is a questionable action is that Voldemort himself is not a pure blood. When you take into account the fact that Voldemort seems to be doing everything that he can in order to be immortal it starts to become more clear. Wizards live longer than muggles, this is shown by Dumbledore who is over 160 years old. It looks like Voldemort may be trying to create a sort of “master race” of wizards that will both live longer and be more powerful than ever before. If this is the case it looks as if Voldemort does have additional hidden motives to his plans.

Or, it could be a simple as a guy with some rather severe “daddy issues.”

When you put it all together Voldemort is an absolute powerhouse in terms of wizarding power, and in order to achieve his goals he needs to have absolute control over everything. Voldemort is also very difficult to kill which adds another reason to the list of why he makes a great villain. Do you agree with these reasons? Do you think I left something out? If so let me know in the comments.