Once upon a time, Nintendo offered the premier home platform for epic RPG experiences.  Square, Enix, Capcom and numerous others offered massive adventures filled with dragons, magic, technology, evil empires and heroic quests.  All of this changed when Sony introduced the Playstation in 1995, and Nintendo forfeited most of their RPG kingdom to the newcomer rival.  However, in the years since, there have usually been at least a handful of good-to-excellent RPG titles to be found on Nintendo’s hardware each generation.  For the Wii U, Nintendo’s current-gen console, Xenoblade Chronicles X is the standout RPG offering.

Xenoblade X tells the story of mankind’s desperate struggle for survival on an unknown planet.  After Earth is caught in the crossfire between two warring alien races, and is subsequently destroyed in the process, the remnants of humanity flee into space to find a new homeworld.  Unexpectedly crashing onto an uncharted world, the survivors are forced to make this new land their home.  They call this planet Mira, and set about the task of exploring and settling its vast horizons.  The player takes on the role of a member of BLADE, the quasi-military organization established for accomplishing this lofty goal.  This character is not the grand savior of mankind, wielding a legendary sword.  He or she is just another of the thousands of men and women fighting for humanity’s survival, and it makes the struggle so much more tangible.

The main bulk of the story plays out during a series of around a dozen main Story Missions, each one advancing the overarching plot significantly.  Each Story Mission adds a new mysterious layer to the overall puzzle, prompting the player forward naturally, by way of curiosity.  While the Story Missions focus on the grand narrative, most of the character development and relationship building is kept to optional Affinity Missions, of which there are several dozen.  Together, both of these mission types paint a powerful and moving picture of man’s struggle to adapt to a new environment, to come to terms with its vulnerability, to press forward in the face of overwhelming odds.  Though the narrative is fractured and certainly not presented in typical Japanese RPG style, it’s still a powerful story to watch and experience.

As the story progresses, the player travels to the five massive regions of Mira, ranging from the grasslands of Primordia with its strange sickle-like outcroppings of rock, to the colossal desert of Oblivia and its gargantuan stone rings reaching into the sky.  Each of these zones is breathtaking in size, scope and artistic vision, with incredible vistas, rolling plains, towering mountains and all manner of alien formations and natural structures to admire.  Altogether, according to Nintendo World Report, the entire available world of Mira is larger than the worlds of Skyrim, Fallout 4 and Witcher 3 combined, all with no load times or transition screens.  Traversing these lands is a massive undertaking on foot, but around the thirty hour mark of the game the player can obtain a Skell, a massive bipedal battle mech, which changes the exploration significantly.  These huge robots can cover far greater distances per stride than a regular human, and they have the option to transform into a vehicle mode which increases that travel speed immensely.  Eventually, the player can unlock the option for Skell flight, opening up every corner of the world to the intrepid adventurer.

Make no mistake about it, exploration is the name of the game in Xenoblade Chronicles X.  Mapping and discovering every corner of the world is of paramount importance to both the story and the gameplay, and there are numerous systems in place to enhance and expand on this.  FrontierNav for example, is BLADE’s mapping tool and as the player explores Mira, they have the opportunity to place probes at various probe sites which expand the range and reported details of FrontierNav’s display.  The player’s network of probes is utilized for purposes of navigation, resource mining, revenue and combat assistance, and it presents an interesting challenge in strategy, resource management and organization. 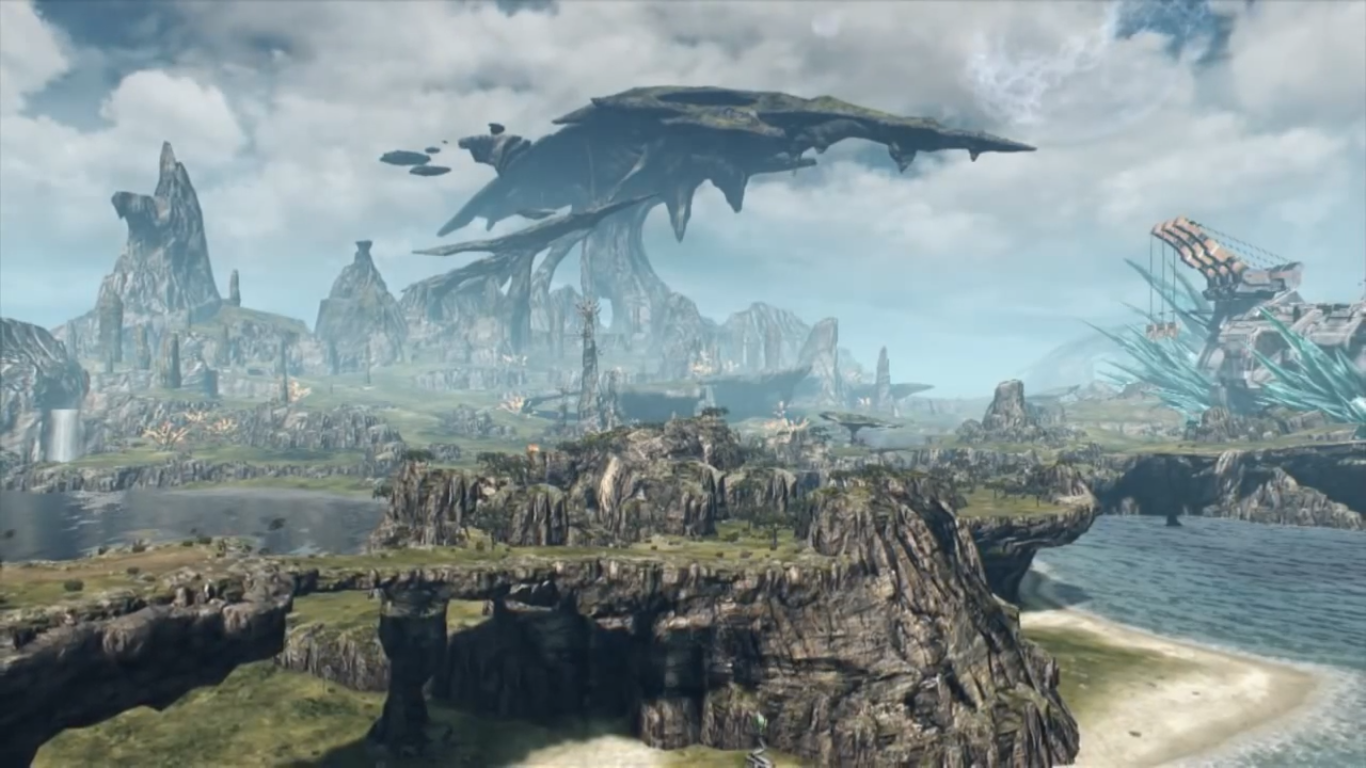 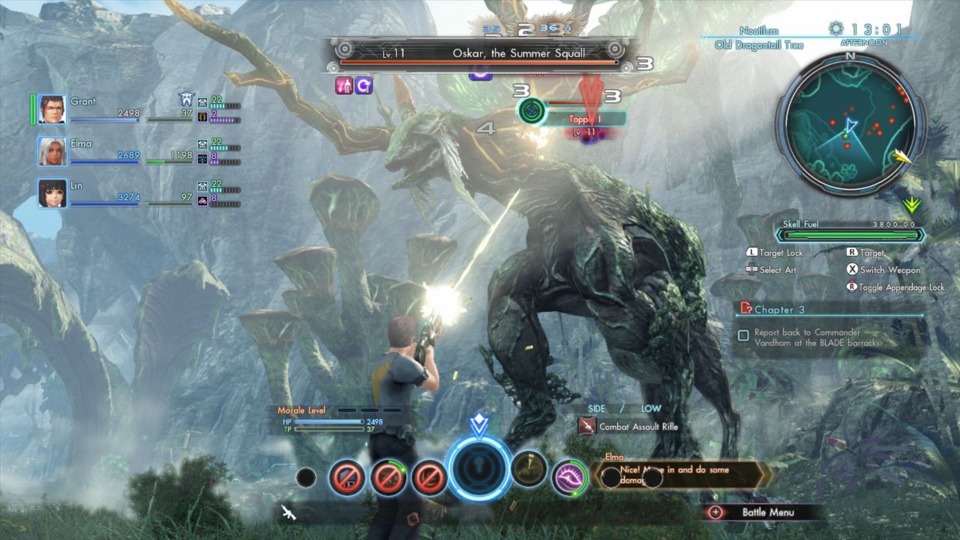 Combat is an equally deep experience, and can seem rather daunting at first.  Battles take place in real time, the player controlling a single character while the CPU controls up to three teammates.  Companion AI works well for the most part, making normally intelligent decisions and rarely creating unnecessary complications.  The player character will automatically execute standard attacks, while a bar of cooldown-based “Arts” along the bottom of the screen is used to overpower and outmaneuver foes.  The combat, alongside the tied-in Class, Arts, Skills and Gear systems offers a staggering number of options and a seemingly bottomless well of depth.  The amount of customization and freedom in combat and character building is truly incredible.

Put plainly, Xenoblade Chronicles X is just a massive game.  In addition to the colossal world and dizzying number of combat and character options available, the game also has a tremendous amount of quest content to offer.  I spent just over one-hundred hours with the game when I finally decided it was time to put it down.  Had I kept going, I could have easily added another fifty to one-hundred additional hours to my playtime, through questing, exploration and character building.  Not to mention the options and freedom opened up by the game’s Skells, which offer entirely new levels of customization and combat tactics.  The game just doesn’t stop giving you things to explore, analyze or play with.

However, this does highlight a couple of concerns about the game.  First, of the systems I’ve described, and the others that I haven’t gone into detail over, there is a prevailing issue of feeling overwhelmed.  The problem most seem to have is the lack of tutorials or in-game references to draw upon in order to learn these complex systems in the first place.  For many, this could be a major issue.  For me personally, I love delving into cryptic or under-demonstrated game systems and figuring things out for myself.  Second, a lot of time is spent in menus in this game.  With all of the customization and tactical options available to the player, that conclusion is a given.  However, a major indisputable issue reveals itself in that the text size in a lot of the menus is frustratingly small.  Not illegible, but definitely uncomfortable.  With time, one can easily become accustomed to this issue and work beyond it.  However, it is a clear-cut problem nonetheless.  One final item to address is the music, quite possibly the most heavily-divisive element of the game.  I personally find the soundtrack to be eclectic, epic, sweeping, heartfelt and genuine all at the same time.  It fits the atmosphere of the game perfectly.  Many, however, take issue with some of the more frequently heard themes in the game.  The main combat track, “Black Tar”, is one such example, as are the day and night themes for the city of New Los Angeles.  Some hate these songs, I have grown to love them.  The music is at best truly inspired, and at worst an acquired taste. 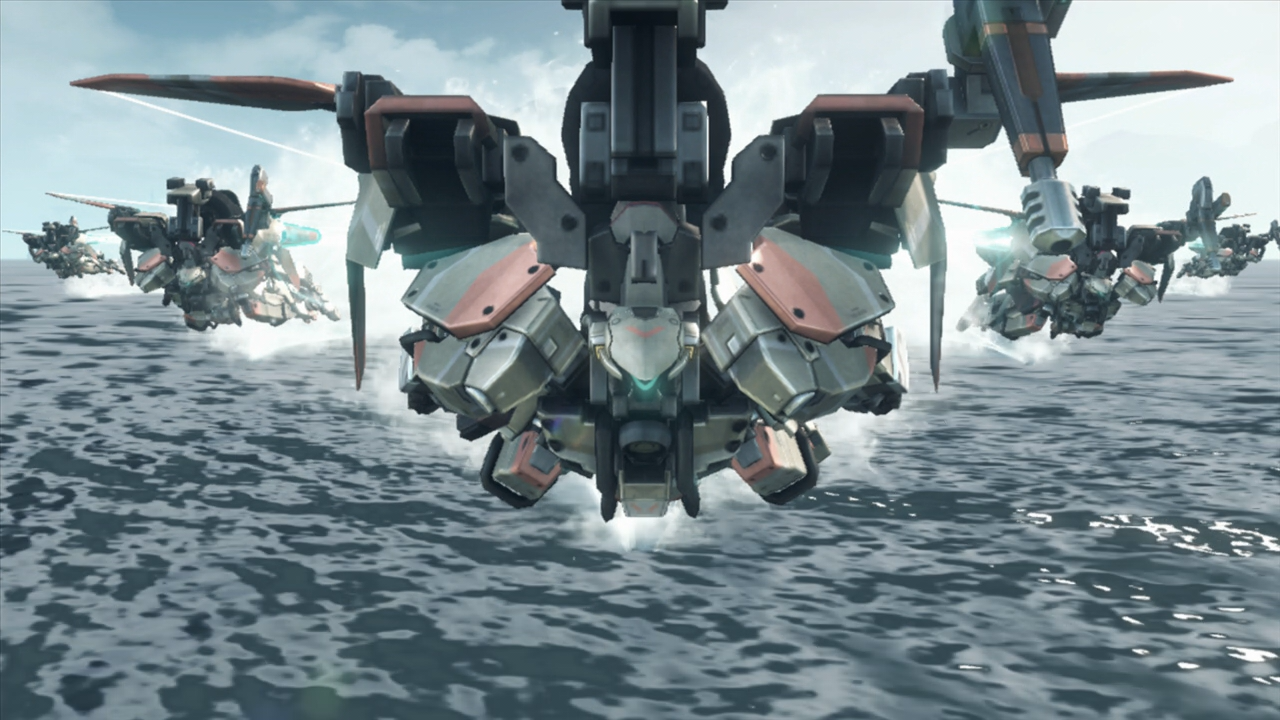 Who should play this? VIDEO GAME BUFFS

Xenoblade Chronicles X is a truly impressive experience.  It offers a massive, gorgeous world to explore, a dizzying web of systems to immerse oneself in, an epic and mysterious story, and it has giant freaking robots you can ride around in.  What issues it has are primarily going to be left to the taste of the individual player, but as a whole I’d say it’s generally too big and too complex for just anybody to play.  Anyone who considers themselves a video game nerd or a hardcore fan of the hobby in general owes it to themselves to give the game a shot.  Get lost in the wilds of Mira.  Get lost in Xenoblade Chronicles X.